Technology and Great Power Competition: 5 Top Challenges for the Next Decade 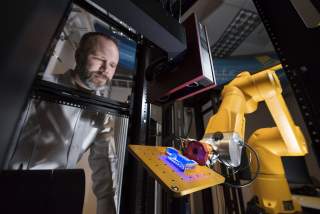 As the song goes, “the times they are a-changin'.” Today, not only does the private sector lead in some of the most crucial tech areas, but many of these companies have a global footprint, doing business in all regions of the world, including China.

Accomplishing this end is no easy task. On the one hand, there will be concerns of corporatism: think of President Dwight D. Eisenhower’s warning about the corruptive influence of the Military-Industrial Complex. On the other hand, the tech industry is riddled with an innate prejudice against contributing to American national security, as evidenced by the revolt of Google employees against working with the Defense Department. None of these challenges can mastered by the occasional meetings of CEOs and federal officials. This will require hard thinking, hard work, a lot of integrity, a dose of patriotism and a lot of adults in the room.

#1 Setting Civil/Military Relations. You can take it to the bank: the U.S. military will get sucked into the vortex of all the issues outlined above. And it will have to among those helping to hammer out equitable solutions.

These challenges will add a new layer of strain to those responsible for balancing roles and responsibilities between military and government officials. The model of cleanly dividing military and political policy won’t work—if it ever did. On the other hand, soldiers shouldn’t try to act as politicians and politicians shouldn’t try to play admiral.

What this country will need are military members who understand the political context in which they operate and political leaders who understand the realities of military competition in the era of great powers. This a cadre that can be developed only through a judicious combination of education and experience. It is one of the most crucial professional development challenges of modern times.