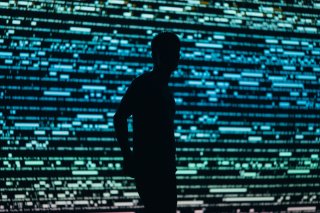 It is significant that Dreher repeatedly cites Hannah Arendt as the authority on totalitarianism. He cites her well-known thesis that totalitarianism tends to take root in a society of uprooted, lonely, and isolated individuals. Such atomized selves make easy marks for an ideology that offers meaning, the opportunity to be part of a cause. Another key Arendtian theme is the reduction of reason to mere self-consistency. An ideology, for Arendt, is by definition a closed system lacking in the openness to mystery that is the hallmark of classical reason. According to Dreher, to the extent America’s mainstream and social media giants foster constant repetition of memes and phraseology borrowed from critical race theory and other sources of progressive jargon, they encourage precisely ideological thinking. Citing Arendt, Dreher notes that what convinces the masses, at the point where they become susceptible to totalitarianism, “…are not facts, and not even invented facts, but only the consistency of the system of which they are presumably part.”

IN THE United States, Dreher writes at one point, it is difficult for the ordinary person to even imagine a world where one must lie constantly simply to exist. At regular intervals, he contrasts the “totalitarian” USSR and a “free and prosperous” United States. By this he means, of course, the United States as it was until it came under attack from what he terms the Social Justice Warriors (sjws, the above-noted “woke” revolutionaries).

It is here, however, that Dreher himself slips into a certain technological style of thinking. Instead of first understanding the whole phenomenon before him, he makes use of it to score points and to better sell his narrative. His missionary stance overwhelms his concern for truth.

Dreher’s treatment of the phenomenon of Russia and the USSR throughout the twentieth century lacks nuance, at times is altogether reductionistic. For Dreher, the entirety of the Soviet experience was uniformly “totalitarian”—as if there were no important differences between 1937 and 1967. For Dreher, throughout its existence, one found in the Soviet empire nothing but lies, suffering, and material want.

It is indeed true that the actually existing USSR, even after Stalin’s death in 1953, was, in many ways, gray: it had chronic consumer shortages, service in stores and restaurants was rude. There was, especially in the earlier period, religious persecution. The great works of Russian religious philosophy (by the likes of V. Solovyov, S. Frank, N. Berdyaev, P. Florensky, etc.) were disappeared into secret archives. Soviet Russia had a great deal that deserves condemnation in just such terms as can be found in abundance in Dreher’s volume.

And yet, the reader is given little reason to suspect that a number of monasteries and churches were allowed to reopen in the post-WWII Soviet Union, or that ordinary Russians were baptized, and those who were not communists and concerned about career could attend church services. The majority, to be sure, no longer wished to do so. The state’s materialist ideology and anti-religious propaganda had its impact.

If it is undoubtedly true that the Soviet Union lacked several of the real virtues of Cold War America, it is equally true that it lacked some of America’s real flaws. The USSR was not a money-centered world. It was easier to build enduring friendships, and not only because one had more time for them. People could choose to devote their lives to such useless—and quintessentially human—activities as the study of poetry or piano playing. Russia’s nineteenth-century literary classics were still taught, read, and revered. And then there is Soviet cinema. A few examples will have to suffice. Eldar Ryazanov’s Carnival Night (1956) and The Irony of Fate (1976) are masterpieces of humanness and even joy. Andrei Tarkovsky’s Andrei Rublev, released in 1971 (albeit with edits), was imbued with a tragic sense and spiritual beauty. Throughout much of the Soviet period, radio, television, and theater programming for children was remarkable for its warmth and good taste. Dreher’s binary contrast embodies precisely a technocratic logic of over-simplification.

Italian philosopher Augusto Del Noce noted that, from the perspective of Western-led technological civilization, the Marxist revolution in Russia was viewed overall as a positive thing, infinitely preferable to the earlier Tsarist order, with its embarrassing Christian faith and lack of democracy. Marxist materialism would allow Russia to gradually “evolve” in the necessary direction. Ultimately, the West, through its superior attractions, would overcome Marxism by appropriating Marxism’s negations while at the same time abandoning Marxism’s residual humanism. Already in 1969, Del Noce wrote of Western technological society imitating the Marxian method in the sense that it rejected what Marx had rejected—in the first instance Christianity and Plato. On the other hand, technological society turned Marxism on its head by instituting an absolute individualism. Such an inversion would give “the technological civilization the false appearance of being ‘a democracy’ and the continuation of the spirit of liberalism.”

DREHER’S LIVE Not By Lies offers the tried and true Cold War theme of an essentially good and free West against an essentially bad and unfree East. This makes it all the more jarring when one of Dreher’s Hungarian interlocutors observes that thirty years of freedom had destroyed more cultural memory in Hungary than any previous era. “What neither Nazism nor Communism could do, victorious liberal capitalism has done,” a Hungarian teacher tells him. The Western liberal idea resulted in a more complete uprooting of the person from “the past and its traditions, including religion” than even the Communist era had managed.

Similarly, Timo Krizka, a Slovak filmmaker and chronicler of Communist-era persecution of the faithful, declared that Western prosperity and freedom—freedom as the West defined it—had little to do with the aspirations of those Christians whom he had come to so admire. They had found meaning even in their sufferings, and lived joyfully despite having little. What Krizka discovered, Dreher writes, is that “the secular liberal idea of freedom so popular in the West … is a lie.” Freeing the self from all binding commitments (to God, marriage, family), it turned out, “is a road to hell.”

This turns upside down Dreher’s earlier narrative theme. The movement away from “the lie,” which, we had been led to expect, was spatial in character—a movement away from the East (away from “the long hand of Moscow,” Communism, Russia, etc.) and toward the West, ideally toward the United States—turns out, instead, to be civilizational in character. To be sure, Dreher has earlier told us that the West itself is moving in directions analogous to the old communist order. That is all well and good. But now we see a very different point emerging. The very heart of the liberal civilizational ideal itself, an ideal, furthermore, of very long standing in the West, turns out, in Dreher’s estimation, to be a lie.

Dreher cites the work of Catholic philosopher Michael Hanby, one of our most perceptive critics of liberal modernity. Hanby describes what might turn out to be the unifying thread connecting the revolutionary West’s present turn away from biological nature, and away from every other traditional form, and its apparent embrace of a new technological “utopia” with obvious dystopian qualities. Both movements find their ultimate source in that habit of thought that has defined liberal modernity for centuries: the myth of progress—and science conceived as the engine of that progress. For Hanby, the ever-evolving sexual revolution “is at bottom, the technological revolution and its perpetual war against natural limits applied externally to the body and internally to our self-understanding.”

THE CHALLENGE technological thought presents to the notion of truth and lying is fundamental. The technological perspective grows out of the positivism implicitly or explicitly embraced if not by all Western “science” as such (certainly not all Western physics or cognitive science), then at least by the scientism that has been fashionable in the educated Western world since at least the early nineteenth century.

For science so understood, knowledge can have value only to the extent that it serves practical ends. But if only what is given by material reality is acknowledged as real, then what is privileged over everything else is the transformation of matter, a transformation oriented to ever-increasing control.

A further consequence is the negation of metaphysics and the undermining of tradition. Del Noce helps clarify why this must be the case. If the Platonic notion of truth (being merely “metaphysical”) is no longer authoritative, and if, as a result, truth can no longer be viewed as above us, then why should we revere it, why consider it something sacred? Technological society dismisses any such reverence. Note, though, what happens next. Such a trivialized truth quickly becomes boring. Hence the worship of the new, hence that gleeful undermining of every tradition which is by itself the only remaining “tradition” still dutifully honored by technocratic man.

To be sure, long before the early nineteenth century, Western thought (Francis Bacon, Niccolo Machiavelli, John Locke, and their heirs) had already rejected nature as it had been understood by the traditions of Aristotelian and Platonic thought and those forms of Christianity of both East and West influenced by them. In that earlier, non-technocratic understanding of nature, all created things have a meaningful orientation to their ideal form, or telos. This is their nature. In the absence of a right form to anything, in the absence of nature, as Martin Heidegger also acknowledged, all that is left is bare matter in the sense of a “resource” waiting to be molded by an external will. Technological order is thoroughly voluntarist.