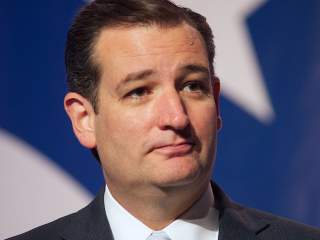 “I remember Mitchell Sanders sitting quietly in the shade of an old banyan tree,” writes Tim O’Brien in his classic Vietnam War novel The Things They Carried. “He was using his thumbnail to pry off the body lice, working slowly, carefully depositing the lice in a blue USO envelope. His eyes were tired. It had been a long two weeks in the bush. After an hour or so, he sealed up the envelope, wrote FREE in the upper right-hand corner, and addressed it to his draft board in Ohio.”

Should such experiences be reserved only for men?

Women are now eligible to serve in combat roles in the U.S. military. Does that mean they, like men, should be required to register for the Selective Service System, the government agency tasked with preparing for a possible military draft? ABC news reporter Martha Raddatz asked Republican presidential hopefuls that in Saturday night’s debate. The three candidates who responded—Marco Rubio, Jeb Bush and Chris Christie—all favored forcing women to register for conscription. Christie even framed not forcing them to register as discrimination, and said that “we need to be a party and a people that makes sure that our women in this country understand anything they can dream, anything that they want to aspire to, they can do.”

Presumably few women aspire to get drafted, but I digress. Several in the conservative intelligentsia expressed shock at the apparent unanimity. Jay Nordlinger of National Review tweeted that “[a] country that sends its daughters, mothers, aunts, sisters, granddaughters into war is barbaric. A civilizational cord has been cut.” Amy Otto of the Federalist questioned the usefulness of the draft in assembling an effective military and pointed to evidence that “mixed-sex units are going to have more challenges and be less effective than single-sex units.”

On Sunday, one candidate, Ted Cruz, did come out against drafting women, calling it “wrong” and “immoral.” But that only one candidate—indeed, the Republican field’s most controversial candidate short of Donald Trump—would oppose the proposal should set off alarm bells for the conservative movement. For one, a long-held position—skepticism of putting women in top-line combat roles—has been abandoned almost overnight, with conservative leaders now swinging to an opposite position: that women are such essential combat assets that we must prepare to compel them to enlist. But this is bigger: it’s a ‘canary in a coal mine’ moment for conservative intellectuals. The core principles of the philosophy they’ve guarded aren’t being transmitted to conservative leaders.

For one, only one Republican, among the eight or so in the race, seemed to believe that men and women have intrinsic differences. This goes beyond the physical dimorphism Otto discusses. For centuries, our own culture, along with many, many others, held that men have a special duty to protect women. In this view, forcing women to participate in combat, especially when there are able-bodied men who could take their place, would be a serious failure of that duty of protection; in this view, preventing women from being needlessly exposed to the dangers of war is a core purpose of having a military. This view is not extreme traditionalism—indeed, it fits with the Obama administration’s current policy, under which women can volunteer for war, but only men can be drafted.

The alternative view is that men owe nothing more to women than they do to other men. This is a logical extension of individualist social philosophies found in parts of the left and in libertarian quarters of the right, but it is at odds with common practice. (We tend to regard violence by men against women, for example, as worse than similar violence by women.) Indeed, the only place we’re likely to see the alternative view explicitly stated is in antifeminist circles—MRAs and so forth—that see women’s social advancement as grounds to absolve men of special duties toward them. The alternative view’s individualist roots make it an imperfect fit for conservative philosophy. Of course, a modern conservative party, particularly one with libertarian influences, will encompass multiple viewpoints, but we would expect it to err toward the original view and not almost unanimously endorse the modern alternative.

Similarly, a conservative movement should be wary of the draft as a double threat to liberty. The primary threat is obvious: forcing people to join the military breaches their freedom. That’s not to say it is never a lesser evil. It just means conservatives in particular should be wary.

The second threat is more subtle: the draft can be a powerful tool for social engineering. If you hold the progressive view that ordinary people are ignorant and need to be instructed by a learned elite, the prospect of a captive audience is enticing. Russell Kirk, the giant of twentieth-century American conservative thought, put it this way: “Greater self-love has no government than this: that all men must wear khaki so that some men may be taught to brush their teeth.” Kirk was criticizing proposals to maintain a peacetime draft after World War II as a tool of social improvement. He thought the purported benefits to a man’s character were bunk: “The army guarantees a man three meals, clothing, shelter, and pay even though he be a sluggard. Let him who will call this training for social responsibility.”

Yet around the world, governments have used conscription as an opportunity to better the conscripted, to teach them, to improve their characters. What they learn and what they are “improved” toward is at the discretion of the central administration. This has led some to propose conscription in peacetime, completely separated from the military, to build a mandatory national public service. But beneath their talk of building social solidarity and working for the common good is a progressive vision of the ideal society: the citizenry, made equal by the state, systematically administered, doing its bidding, with the tacit threat of force against those wrongheaded individuals who don’t comply. And though the Selective Service System is not an active draft, let alone an active peacetime draft, it is strange that conservatives would want to make its labor pool twice as potent and, by removing the cultural baggage of gender, subtly sever its link to defense. Sure, national service is unpopular now, but in a generation, will some all-grown-up Bernie Bro, elevated to the presidency, thank his lucky stars that the right laid the groundwork for his Social Justice Labor Brigades?

Finally, none of the candidates have explained why we need young women to register for the draft. The Selective Service System can now draw on a pool of around sixteen million young men between the ages of eighteen and twenty-five. What conceivable crisis would require more soldiers than that? A land war with another great power might well require mass mobilization, but even then it is hard to see it approaching quite such a scale. Our only plausible opponents in such a conflict are the Russians and the Chinese. Both have nuclear weapons. So do we. These offer both sides escalatory options and strong incentives to contain and resolve the conflict. It is difficult to imagine a war with those dynamics lasting long enough to require more than a sixth of our nation’s adult men. This is especially true given our military’s strengths: highly trained, well equipped, high-quality forces that use advanced technologies to multiply their power. Conscripts don’t fit well into this model. The same dynamics are why conscription-focused military powers like Russia work to increase the number of volunteers in their ranks, or, like Israel, use volunteers on longer service terms in the most highly trained units.

So the value of a huge, draft-based military is already questionable. But those who want to require women to sign up for the draft, too, must think that even our current mobilization plans are woefully insufficient, that sixteen million is not enough, that we need at least thirty million or so. There has been a massive shortfall in our national-security preparedness, but only just now has anybody noticed it. Even more remarkably, nobody noticed the gap during some of the most dangerous moments of our recent history. When we were at the brink of war with the Soviets in the 1980s, struggling to stabilize Iraq in the 2000s, and under attack by terrorists in 2001, who was calling for drafting women? Despite not detecting the deficiency for so long, we now know its exact size. A partial increase—say, by raising the upper age limit of the current all-male draft pool—will not do; we need sixteen million more. In a great coincidence, the size of our undiscovered need is precisely the size of our population of young women.

Jeb Bush, in his endorsement of registering women for the draft, said that “we should not impose any kind of political agenda on the military.” Doubling the size of the draft pool in the name of gender equality, not military necessity, is pure politics. And the philosophy that these conservative candidates advance by playing politics with the military is not conservatism. The draft-women debacle suggests that American conservatism has lost its philosophical moorings and now drifts in progressive currents.