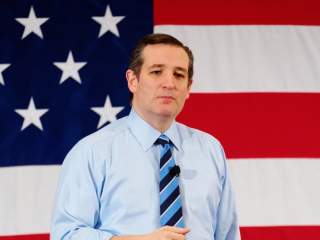 The next commander in chief will face a stark reality: for eight years, President Obama systematically drained resources from our armed services. It will no longer matter why or how he did it. All that will matter is what happens next.

While President Obama may have been hoping that unilateral disarmament on the part of the United States would result in similar behavior from other major powers, the opposite has happened. Both China and Russia are engaged in significant military buildups and aggressive behavior from Ukraine to Syria to the South China Sea. Iran, which had been restrained by one of the most punishing economic sanctions regimes in history, is now on a $100 billion military shopping spree primarily at the Russian arms industry checkout counter courtesy of the American president. North Korea is accelerating its progress towards its declared intention of developing an ICBM capable of delivering nuclear warheads to the United States. ISIS and Al Qaeda, along with all the other terrorist networks festering in the Middle East, North Africa and beyond are constantly on the lookout for any new capability to do harm to America.

Sadly, our adversaries no longer respect America. Our closest allies are deeply uneasy; they are concerned that the security long promised by the United States is no longer guaranteed and that this administration is more interested in cutting deals with Tehran, Havana and Pyongyang than it is about attending to our mutual national security interests.

We are now living in a deeply unstable and volatile environment. As I have previously written, we may be facing the most dangerous geopolitical environment since 1938. Each morning we could wake up to learn that any one of potential flashpoints noted above had morphed into an actual shooting war. In such an event we would find America, the leader of the free world, unprepared as the armed forces face readiness issues not seen since the “hollow force” days of the 1970s.

It cannot be doubted that both Democratic candidates, Hillary Clinton, who served President Obama for four years as secretary of state, and Senator Bernie Sanders, who supported the President’s Department of Defense budget cuts, would continue his policies of unilateral arms cuts. They have certainly been very candid about their intention to raise taxes in order to pay for more entitlements and bloated domestic programs. Voters who want to reverse this decimation of the Pentagon will have to look to the GOP.

As the GOP heads into the “SEC” Super Tuesday primary this week and as the GOP field narrows, Senator Ted Cruz has staked out a strong “peace-through-strength” claim. In a detailed white paper, Cruz announced his intention to engage in a Ronald Reagan-style rebuilding of our military based on the premise that we need “more tooth, and less tail.”

To rebuild the Pentagon’s conventional forces, Cruz wants 525,000 soldiers in the Army with a total active-duty force of at least 1.4 million soldiers, sailors, airmen, marines and coasties. He has committed to an Air Force of at least 6,000 airplanes, with a minimum of 1,500 tactical fighter aircraft. With respect to the critical issue of the fleet, Cruz’s policy calls for 350 warships, with a mix of large and small, surface and subsurface combatants.

Cruz’s policy also calls for modernizing America’s nuclear triad, including the construction of twelve new ballistic missile Ohio-class replacement submarines in the defense budget. He wants to upgrade the Minuteman missiles that have been deployed since the late 1960s and to reinvest in the ground-based Midcourse Defense program after seven years of neglect under Obama—the program counters the threat of intercontinental ballistic missiles and is vital to our future survival in a world with a nuclear North Korea and Iran.

It is hard to argue that Cruz hasn’t put a great deal of thought into this issue, and concluded that we have to make a generational investment in our security. Cruz’s penchant for budget-cutting in the Senate had raised concerns in the past among some defense hawks that he would not commit to restoring American military might should he win the White House. Cruz’s defense program should satisfy those critics, including the Wall Street Journal’s influential foreign policy writer, Bret Stephens.

The Texas senator also lays out how he would pay for the new weapons platforms and service members. Cruz points to over $500 billion in cuts he would make to existing federal government programs, to the increased revenues from his pro-growth economic agenda and to the potential for cost-cutting at the Pentagon itself, where thousands of full-time accountants can’t even submit to a simple audit. He is proposing, in effect, a new way to think about how the United States spends tax-payer dollars, focusing our resources on the real capabilities America needs to keep safe.

To be sure Senator Marco Rubio and Governor John Kasich have both adopted peace-through-strength platforms during the primaries and the Republican front-runner Donald Trump has spoken about “making America great again.” Trump talks about his love for the military and our veterans, but he has also made troubling statements about cutting the defense budget. As he runs in states where defense issues truly matter, Trump will need to find a way to quickly respond to the challenge laid down by Cruz on the defense issue.

Also a memo to President Obama in his last year: as history has proven time and again, if you want to avoid sending Americans into combat, you have to project strength abroad. The purpose of this strength is simple—it will reassure our allies and deter our enemies, so that just like Ronald Reagan, America’s president would be less likely to have to use our armed forces. Cruz has laid out a bold and ambitious plan to modernize the U.S. military on the Reagan model. Donald Trump should follow suit.

Robert C. O'Brien is a partner at Larson O’Brien LLP. He served as a US Representative to the United Nations and was a Senior Advisor to Governors Scott Walker and Mitt Romney in their presidential campaigns. He is neutral in the current GOP presidential race. O’Brien’s writings on foreign policy and national security are available at www.robertcobrien.com. He can be followed on Twitter: @robertcobrien.