The Temptation of Over-Focusing on China 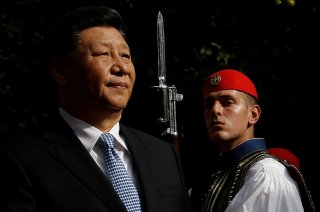 The Biden administration’s honeymoon with its allies fades into the prosaic task of the day-to-day management of the alliances. So far, the U.S. president and his team have embarked on a charm offensive in both the Asia-Pacific region and Europe, pronouncing a new era of mutual respect, prior consultations, as well as reinvigoration and modernization of U.S. alliances and partnerships. But not all the allies may be won over by U.S. good manners, and thus, some difficult discussions are on the horizon. Perhaps the most important question is: does the emergence of China as America’s top security concern change fundamentally the calculations for U.S. alliance policy?

Nord Stream 2 is a good example of the predicament in which the Biden administration finds itself. The United States has not only repeatedly pronounced its opposition to the project and raised the issue with Germany, but also moved to sanction the companies engaged in the construction. While some argue that these sanctions are token and do not go far enough, other experts suggest that it is time for the United States to stop raising objections and accept the token concessions offered by Germany—provided that Berlin agrees to support more forcefully the U.S. policy on China.

Making countering China the new raison d'être of the U.S. alliance system may seem reasonable. After all, China’s reach is global and it affects negatively not only U.S. partners in the Indo-Pacific region, but also in Europe, Middle East and other regions. This also fits well with broader arguments that the importance of Europe and its security challenges for the United States is diminishing while more effort needs to be focused on Asia. There is a potential flipside to this logic though. If China becomes the main topic in the agenda of U.S.-led alliances, then it instinctively makes all other factors in the U.S. relations with its allies secondary. This can even make containing other adversaries—including Russia—look like a distraction or even a waste of time and resources.

This would be a dangerous approach for a number of reasons.

Firstly, it bears some resemblance to the Cold War tactics of making the attitude towards communism and the Soviet Union the main metric in U.S. foreign policy. South and Central America, parts of Africa, Middle East and Asia still bear the scars of this approach, as the United States frequently ended up either downplaying or turning a blind eye to atrocities committed by its local partners—as long as they were tough on countering “the Reds.” If a similar approach is adopted today, some U.S. partners could be more than willing to play the same game: brandishing their anti-Chinese credentials. But expecting that in return the United States would not look too closely into their questionable internal behavior or foreign policy adventurism.

Secondly, reducing U.S. alliances to just one, Chinese dimension would be a major weakness in the view of the multitude of contemporary challenges and threats. In the NATO context, the activities of Russia provide a much more direct threat to the Alliance than China’s nefarious actions. This difference was highlighted for example in the recent NATO 2030 report. Importantly, the threat from Russia is not just military. Energy remains part of Russia’s toolbox for countering the West. Thus, for example, Nord Stream 2 specifically will increase Russia’s position on the EU energy market, provide plenty of openings to corrupt its politicians, and allow Moscow more freedom to pursue its pressure policy towards Ukraine. None of which is in U.S. interests. NATO should of course play its part in countering nefarious Chinese activities and step up its partnership with countries in the Asia-Pacific region, but this cannot become the dominant task for the North Atlantic Alliance. Even U.S. allies in Asia are careful not to reduce their relationship with the United States to meet the China challenge, given that their threat assessment includes other countries, including North Korea and Russia.

Finally, U.S. allies would sooner or later reject such instrumentalization of their role by the United States. They remain in U.S.-led alliances but not because of a pragmatic quid-pro-quo involving Washington’s military might and its willingness to extend its deterrence umbrella. They stay because of a set of values, rules and standards which these alliances stand for. To put it differently, there’s a normative dimension to the U.S.-led alliance system. If allies were to be relevant to the United States only as far as they can be instruments of countering China, then some of these countries may start to wonder whether the arrangement still works for them. For some in Europe, the option of relying on the European Union instead of NATO may look increasingly attractive. Some allies in Asia may consider either going it alone or checking if perhaps Beijing can offer them a better deal than Washington.

In short, any attempt to rally the U.S. allies against China—and sideline everything else—may create more problems than benefits. Coming back to Nord Stream 2 question, any promises that can be extracted from Germany regarding a change of its policy towards China would not compensate for the damage caused by its engagement in the Russian-led pipeline project.

The United States has to be consistent with its policy towards its allies, including conveying the message that they cannot bail out from a common policy on Russia (or any other issue) by being tougher on China. In terms of lessons learned from Nord Stream 2 for alliance management, more emphasis should be placed in the future on the consultations and compromise-seeking as soon as disagreements between the allies emerge—and before the positions of all sides become entrenched. After all, the current stand-off over sanctions could have been avoided if Germany from the very beginning had treated seriously the objections to the project raised not only by the United States but also a number of its European allies.

Łukasz Kulesa is deputy head of Research at the Warsaw-based Polish Institute of International Affairs (PISM). His research interests include nuclear and conventional deterrence and arms control, NATO, Russian security policy, non-proliferation of weapons of mass destruction, and security aspects of the transatlantic relationship.