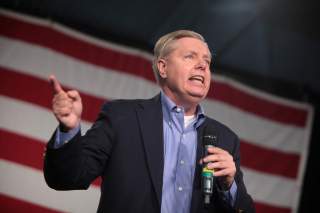 The turmoil surrounding Lt. Gen. Michael Flynn’s resignation and wider allegations of links between President Donald Trump, his campaign and Russia seems to have made a strong impression in Moscow. Many there had already calibrated initially unrealistic expectations after Mr. Trump’s initial weeks in office; recent events have tempered even these more limited ambitions. Hopes have long faded that Washington would become a Russian ally in Syria, pursue cooperative military action against ISIL, or delink the conflict in Ukraine from the wider U.S.-Russia relationship.

Still, until recently, sober voices on Russia’s television talk shows were a clear minority. Arguing that Russia would have to demonstrate its commitment to working with the United States through concrete actions, and that Moscow could not seek a new beginning while continuing to deny its involvement in the fighting in the Donbas and to engage in dangerous close encounters in the air and at sea, was unpopular. In the last few days, however, the optimistic view that Trump will simply “deliver the goods” to Russia has largely disappeared.

As Soviet media used to say, this is not accidental. According to Western news reports, the Kremlin has encouraged Russian media to scale back their coverage of America’s new president and his administration. While President Putin’s press spokesman Dmitry Peskov has denied any such instruction, Russia’s media have in fact redirected their attention to other issues, giving scant air time to Mr. Trump’s comments about Russia during his latest press conference and to separate meetings between Secretary of State Rex Tillerson and Chairman of the Joint Chiefs of Staff General Joseph Dunford with their Russian counterparts. That said, Mr. Peskov may not have been involved in issuing directions like this—though such a directive could come only from Russia’s presidential administration.

Since Russian President Vladimir Putin has been more pragmatic than euphoric in his personal statements about Mr. Trump and U.S.-Russia relations, diminished enthusiasm in the Russian media may serve primarily to manage expectations more carefully. Nevertheless, if reduced enthusiasm slides into suspicion and belligerence—which can easily become mutually reinforcing—any window of opportunity in U.S.-Russia relations could close rapidly. Russia’s Deputy Prime Minister Dmitry Rogozin has already complained about a statement by Defense Secretary James Mattis that NATO should be open to dialogue “from a position of strength” by touting Russia’s military capabilities. Defense Minister Sergey Shoigu similarly criticized the Mattis comments. Some in Washington and in Moscow likely hope that exchanges like this will slow or prevent efforts to cooperate.

Those in the Congress and the media who seek to browbeat Mr. Trump over his purported Russian connection may well accomplish this and may thus have cause to celebrate their political and public relations victories. But any such triumph will be short-lived; as President Trump observed, a “business-as-usual” Russia policy would only help him politically. Getting tough on Mr. Putin would quickly disarm his critics and enable the White House to pursue other priorities without the ballast of a perceived Russian connection. Yet, victory by the “Russia scare” coalition will limit America’s ability to fight ISIL, complicate efforts to win UN Security Council support for tough enforcement of the Iran nuclear deal, facilitate Russian support for Iran if Washington opts for military action, and give China more leverage over both Moscow and Washington. That innocent Americans might die as a result of these developments seems untroubling to those who view recognition of strategic priorities as a sign of defeatism. Mr. Trump should not be shy in making this point. Should these be the consequences of the enduring U.S.-Russian hostility they advocate, the president will be able to point to today’s accusers as de facto protectors and enablers of both ISIL and Iran’s ayatollahs—and as “useful idiots” providing support to Beijing’s superpower ambitions.