The 5 Best Republican Candidates for President Ever 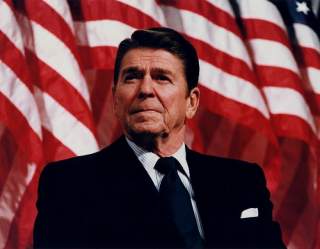 Who among the Republican presidential candidates has run the most impressive campaign thus far? Give up? I do too. It seems to be a question that’s impossible to answer—largely because we can’t see what’s actually working and what isn’t. After all, the voters haven’t really gotten into the game yet. This process now belongs to the cable networks, the commentators, the pollsters, and the money men. Debate performance, fundraising, staff hiring—they’re all important. But we can’t know how it all goes together until the voters weigh in.

So let’s play a different game: Which Republicans waged the most impressive presidential campaigns throughout GOP history? My candidates for most impressive candidates: Abraham Lincoln in 1860, William McKinley in 1896, Theodore Roosevelt in 1904, Barry Goldwater in 1964, and Ronald Reagan in 1980. There are no right or wrong answers here, and anyone can play.

He ran for president during an ongoing national crisis over slavery that split the nation, stalemated the government, and generated violent emotions on both sides. He actually began his campaign two years before the presidential year, when he ran for Illinois senator against incumbent Stephen A. Douglas. Lincoln used the famous debates of that campaign to force Douglas into positions that got him reelected as senator but seriously undercut his ability to win the presidency in 1860. Meanwhile, Lincoln set himself apart by saying: “A house divided against itself cannot stand.”  He explained: “I believe this government cannot endure permanently half slave and half free. I do not expect the Union to be dissolved—I do not expect the house to fall—but I do expect it will cease to be divided. It will become all one thing or all the other.”

This breathtaking candor, uttered when most politicians were seeking to prop up that divided house, helped get Lincoln known nationally, and it reflected a crucial element of his civic genius—his understanding of the power of political rhetoric that stings and disarms with its stark realism. His depiction of the situation facing America as crisis descended upon it, coupled with the moral sensibility he brought to the slavery issue, positioned him to squeeze out his 1860 presidential victory with less than 40 percent of the popular vote against three other candidates—northern Democrat Douglas, southern Democrat John C. Breckinridge, and John Bell of the Constitutional Union Party, which emerged in 1860 as a habitat for former Whigs and some southerner Democrats dedicated to preserving the Union.

Lincoln knew that the painful boil on the body politic had to be lanced, and that’s what he did with his candor. Unlike William Seward he never questioned the sanctity of the Constitution or its explicit acceptance of slavery. But he steered a fresh course that got him elected.

Known for his stolid persona and considerate ways, McKinley lacked vision and imagination. But he was highly intelligent, possessed nearly unerring judgment, and delighted in nudging events in his chosen direction through indirect and often stealthy methods. He was a master of manipulating men in ways that left them unaware of their being manipulated.

Running for president in 1896 as a longtime congressman, former chairman of the House Ways and Means Committee, and two-term Ohio governor, McKinley found himself facing the charismatic William Jennings Bryan, the fiery pro-silver man and indefatigable campaigner. Bryan fashioned a campaign that would take him ultimately to 29 states where he would deliver 570 speeches—averaging 80,000 words of oratory each day through a total of 18,000 miles of travel.

McKinley’s men said he had to match it or he would lose. They urged him to get out on the road and do the train whistle-stop routine. He refused. For one thing, his wife was infirm—she suffered from multiple maladies, including epilepsy—and the devoted husband refused to leave her behind as he traveled the country. But another reason was that he knew he could not compete with Bryan’s silver-tongued style. “I have to think when I speak,” he told his advisers. “If I took a whole train, Bryan would take a sleeper. If I took a sleeper, Bryan would take a chair car. If I took a chair car, he would ride a freight train. I can’t outdo him, and I am not going to try.”

Instead he came up with another approach. Rather than going to voters, he would invite the voters to come to him. Word went out that William McKinley would welcome Americans from anywhere in the country who wished to see him at Canton, Ohio, his home town, and hear his plans for the nation.

The response was greater than anyone had anticipated. Streams of visitors made their way to Canton’s North Elm Street to show support and see the candidate in his own environment. It turned out that this “Front Porch” campaign, as it was called, also allowed McKinley to control his campaign message. Delegations seeking to visit the candidate were asked to write out beforehand what they planned to say. If it wasn’t quite right, McKinley or his staff would advise alterations. There were no surprises. With newspaper reporters from all over the country standing by to record the exchanges, McKinley spoke directly to the American people for weeks while sleeping in his own bed night after night. Altogether, some 750,000 citizens from thirty states made the pilgrimage to Canton.

McKinley coupled this Front Porch approach with the greatest educational campaign ever waged up to that time—masses of brochures, issue explainers, promotional materials, newspaper inserts—that gave the electorate the candidate’s view of the issues and the stakes involved. When the votes were counted, McKinley captured a popular vote of 7.1 million, some 600,000 more than Bryan. His electorate vote victory was 271 to 176.

TR was a bruiser of a politician, a man who loved verbal combat and feistiness. And he always had just the right pugilistic words ready for use. “Prize fights,” he once said, “are won by knocking out the other man when he is groggy, and in hunting I always found it paid to make sure of sure things.” But, when he ran for president in his own right in 1904, after succeeding to the presidency at the death of McKinley, he had to take a different tack. As a sitting president, he needed to show some decorum and restraint, a far cry from the attack dog role he had reveled in during the 1896 and 1900 campaigns.

When he became president in the fall of 1901, less than a year into McKinley’s second term, he vowed to put his own unmistakable stamp upon the presidency, and he did so. Aligning with the progressives of the day, he took on the giant trusts, largely through litigation, that exercised an outsized influence over the national economy. He fostered passage of the Hepburn Act, which granted the Interstate Commerce Commission the power to set rates charged by railroads to shippers. He pushed through Congress the Meat Inspection Act and the Pure Food and Drug Act. These were big accomplishments, controversial but popular with the majority of Americans, and Roosevelt was the kind of man who liked to hoist his own flag and toot his own horn.

But in 1904, he didn’t do it. He preserved the dignity of his office, as such matters were viewed in that day, and let his actions as president speak for themselves. He did give a few speeches here and there, one of them at the location of Lincoln’s famous Gettysburg Address. And at the end of the campaign he succumbed to his blistering ways to counter his opponent’s attacks suggesting TR aides had used blackmail to wring campaign contributions out of big corporations. In this instance, Roosevelt characterized his opponent with his favorite kinds of words such as “monstrous,” “slanderous’” and “falsehoods.”

But generally he accepted a campaign philosophy that words were far less important than his policies and that the American people didn’t need his filter or anyone else’s to make their judgments. Though he remained nervous to the end, his record did in fact pull together a governing coalition, and he scored an electoral-college victory over Democrat Alton Parker, 336 to 140.

He lost in a landslide in 1964, and most political professionals believed he had taken down the Republican Party with him. But Goldwater was a man ahead of his time. In his failed presidential bid, he pushed aside the Eastern Establishment that had dominated the party for decades—politicians such as New York governor Nelson Rockefeller and institutions such as the New York Herald-Tribune. As the federal government became more powerful and intrusive within the firmament of American politics, a growing sense of concern emerged in the country. It probably was axiomatic that the New Deal would never be repealed, and much of the Great Society, particularly its push for greater racial equality, was necessary. But growing numbers of voters felt that the government was getting out of control and that it wasn’t governing effectively.