The 5 Biggest Challenges the Global Economy Faces in 2017 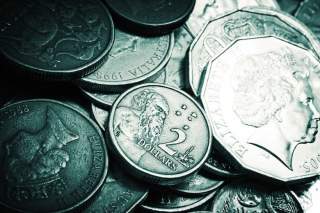 International forecasters fear that 2017 will not be a big improvement on 2016 for a sluggish global economy. With plenty of risks ahead including geopolitical and economic instability, here are the five main challenges facing the world economy in the upcoming Year of the Rooster.

The International Monetary Fund has warned that rising populism and protectionism have correlated with stagnating economic growth. In its latest “World Economic Outlook,” the IMF’s chief economist Maurice Obstfeld warned that “turning back the clock on trade can only deepen and prolong the world economy’s current doldrums.”

Both rival candidates for November’s U.S. presidential poll have signaled a retreat on the nation’s traditional support for free trade. Democratic nominee Hillary Clinton has suggested she does not support passage of the Trans-Pacific Partnership, the centerpiece of President Barack Obama’s Asian pivot, while Republican candidate Donald Trump has even threatened to withdraw from the North American Free Trade Agreement.

The IMF’s managing director, Christine Lagarde, has described policies that restrict trade as a form of “economic malpractice” that could choke growth, jobs and wages, and further weaken the global outlook.

With national elections set for France, Germany and the Netherlands in 2017, each of which feature a far right candidate, there is potential for economically damaging protectionist policies in the eurozone.

However, these merely form the backdrop for the most significant geopolitical event to occur in 2017, Britain’s triggering of Article 50 and the commencement of its slow exit from the European Union.

While Britain’s influence in the global economy has diminished in recent decades, the impact of the June Brexit vote was felt in markets and currencies across the globe. The fact that markets are still rattled was shown recently by the British pound’s fall to 186-year-lows in the wake of British Prime Minister Theresa May’s announcement that Brexit would commence by next March.

The longer the saga continues, the longer the associated uncertainty will be priced into equities and currencies, dampening corporate investment and damaging the European economy as a whole.

A phenomenon arguably already unfolding as central banks reach the limits of the expansionary monetary policy tools at their disposal, 2017 may be the year some have to face the music.

Eight years of quantitative easing (QE) since the global financial crisis have increased the balance sheets of the world’s four largest central banks from $6 trillion to $18 trillion, most of which consists of their own government’s bonds. While QE has succeeded in maintaining short-term liquidity in markets, its diminishing returns mean the end is nigh, with speculation already mounting that the European Central Bank (ECB) and Bank of England (BOE) may be prepared to tighten monetary policy.

The mere hint of tapering led to a “taper tantrum” in European markets earlier this month, similar to that which occurred in the United States in 2013, and should the ECB or BOE pull the plug on QE in 2017, markets will suffer. Japan’s central bank’s move into negative rates territory has also sparked debate over the future of its QE policies and at what point it may be forced to pull back on government bond buying.

The IMF’s October report predicted fiscal policies in developed economies would tighten even further in 2017, despite calls for increased government spending to drive growth.

A recent survey of money managers by the Bank of America Merrill Lynch found that 48 percent believe that global fiscal policy remains too tight, a sentiment echoed by many other economic commentators worried over the increasing ineffectiveness of monetary policy.

Yet while the West tightens, it will hope China continues its fiscal policy splurge, fueled by a desire to keep economic growth at politically acceptable levels ahead of the 19th National Congress next year.

Having already annihilated economic growth in Brazil, Russia, Nigeria, and other previously considered rising star economies in 2016, commodity prices will only see a modest recovery in 2017, according to the IMF’s October report.

Softer commodity prices have disproportionately hurt emerging economies, which in recent years have made a disproportionate contribution to global economic growth. While emerging Asia and particularly India have appeared largely resilient, the IMF fears that sub-Saharan Africa, South America, the CIS region and the Middle East will not fare so well, particularly if OPEC fails to reach an agreement on oil production cuts.

The contractions experienced by some of these major emerging economies in 2016, and the unrelentingly sluggish growth being combatted by most developed economies, suggests that 2017 will be yet another challenging year for the world economy. World leaders will face a tough time keeping the global recovery on track next year, even while wars, terrorism and other threats add to the challenges.