The 5 Most Lethal Drones of All Time 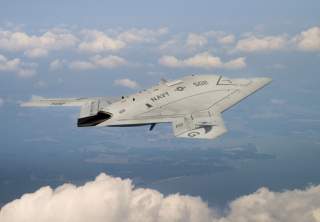 Why kill with drones? States have a few reasons to prefer Unmanned Aerial Vehicles (UAVs) to do their dirty work. From a political standpoint, drones would seem to carry less risk than manned aircraft; even unsophisticated foes can sometimes bring down a jet and take its pilot captive. Freed of the need to keep a human pilot alive and awake, drones can loiter on station much longer than manned aircraft, keeping more careful watch on potential targets.

Some drones kill directly; others facilitate joint military operations. This list looks at five of the most lethal drones that nations have begun to field over the last decade.

The MQ-1 Predator was the first of the killer drones. Its story is well known; operators frustrated with the inability of cruise missiles to strike quickly enough, and by political restrictions on manned aircraft, sought a tool to kill quickly, quietly (from a political standpoint) and at great distance. The Predator emerged in the 1990s as a recon drone, but was big enough to support a missile. Increases in bandwidth and communications speed made it a plausible recon-strike platform, with the first missile tests taking place in February 2001.

As an airframe, the Predator is unimpressive; it tops out at about 135 mph, and can carry two missiles (or up to six small missiles). It can stay in the air, however, for a very long time, and carries sufficient recon equipment to keep a close eye on potential ground targets.

The Predator started killing in February 2002 in Afghanistan. Since it began killing, the Predator has carried out strikes in Afghanistan, Iraq, Yemen, Somalia and Pakistan. The Predator serves in several U.S. agencies, as well as the air forces of at least four other countries.

The inconspicuously dubbed “Reaper” is a larger, more effective version of the Predator. With greater range, higher payload and longer loiter time, the Reaper can conduct the combined surveillance-strike mission more effectively than its smaller cousin.

General Atomics (the manufacturer of both the Predator and the Reaper) began development of the Reaper as the recon-strike potential of the Predator became clear. The Reaper can travel at 300 mph, carry four Hellfire missiles (plus a couple of Paveway bombs) and stay aloft for fourteen-plus hours. Like the Predator, it has conducted strikes across a swath of countries in the Middle East and Central Asia.

The United States operates its roughly one hundred Reapers across several different agencies. Expectations for a naval version never materialized, but the Department of Homeland Security uses Reapers for a variety of purposes. The Reaper has also enjoyed some export success, with Italy, France, the Netherlands and the United Kingdom all operating (or expecting to operate) the aircraft.

Developed from the popular IAI Heron, the Eitan is a big drone, capable a carrying a lot of ordnance a long way. It has a high ceiling (45,000 feet), very long endurance (seventy hours), and the capacity to carry a variety of different payloads.

Information about the current and future roles of the Eitan is scarce, but it’s clear that the Israelis attach a lot of importance to the platform. We can expect traditional recon, surveillance and strike missions, but possibly much more. Some have even suggested missile defense or aerial refueling as potential roles for the Eitan. The precise operational roles that the Israelis have used the Eitan in remain unclear, but some sources indicate that one aircraft carried out a strike in Sudan in 2009.

An aircraft with the Eitan’s capabilities might even play a role in a notional Israeli attack on Iran. While the Eitan isn’t suitable for air combat, other drones and manned aircraft could open the way by disrupting the Iranian air-defense network.

The Hermes 900 is the follow on to the Elbit Hermes 450, an armed drone that Israel has been using since the middle of the last decade. In roughly the same size class as the General Atomics Predator, the Hermes 900 can stay aloft for 50 percent longer and can operate at a much higher ceiling. In context of the dense areas that Israeli drones patrol (and the as-yet-unrealized potential for shoulder-fired surface-to-air missiles), the extra ceiling represents a useful margin of safety.

The IDF is notoriously tight-lipped about its drone operations, but there is little doubt that the Hermes 900 played an important role in the last Gaza conflict, or that it continues to operate over Lebanon, the Occupied Territories and possibly the Sinai. As with the Hermes 450 (and Israeli drones more generally), the Hermes is already finding a great deal of export success. South American countries such as Brazil, Chile and Colombia have all expressed interest.

It’s trite, if accurate, to point out that cruise missiles are merely suicidal drones. Some early cruise missiles strongly resembled remotely piloted vehicles; the flying bombs that the Luftwaffe used to terrorize the Mediterranean were controlled by joystick and camera. Cold War–era cruise missiles sought out targets based on pre-set plans or on internal sensors, making them altogether more robotic than modern UAVs.

The Tomahawk began life in the early 1980s as a slow, long-ranged cruise missile, with variants specialized for nuclear delivery, land attack and anti-ship missions. The Tomahawk has evolved since the Cold War into an extremely sophisticated vehicle. It still commits suicide at the end of its flight, but redesigns and computer upgrades have transformed the venerable missile. Tomahawks can now loiter, strike moving targets and change targets at the behest of remote operators. Recently, the U.S. Navy effectively reestablished the Tomahawk’s ship-killing mission (a job the missile gave up in the 1990s) by demonstrating that an F/A-18 could remotely vector the missile to its target.

The Navy expects production of the Tomahawk to end in 2016. Nevertheless, we can expect that this drone will continue to commit “suicide” in ever more sophisticated tactical scenarios over the next decade.

UAVs have lost their novelty. For a platform initially expected to allow states to escape accountability, the use of armed drones now seems more likely to create controversy than a “normal” manned airstrike.

Yet in the future, we can expect that states will develop more sophisticated drones increasingly capable at the jobs drones already do (sitting and waiting until the target shows its face) and potentially the jobs that they can’t yet do (such as shooting down other aircraft). Indeed, the day a drone wins an air-to-air combat victory (possibly against another drone) may not be that far off.