The 5 Most Overrated Weapons of War 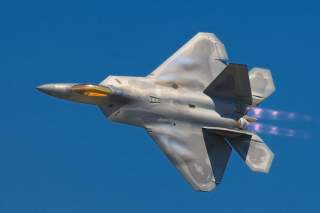 Throughout history, mankind has developed new and often deadly weapons for waging war. Some systems have proven to be effective in battle and have justifiably developed fearsome reputations for their brutal efficiency. Other times, weapons acquire fearsome reputations that are not wholly justified due to their high cost and lack of effectiveness. And some weapons fall into a strange category—holding a reputation completely out of proportion to their actual usefulness on the battlefield and are entirely overrated. Sometimes, these reputations rise to the level of mythology—but hide underlying weaknesses.

Here are five such weapons—some of the most overrated of all-time—from the past century:

The battleship as we imagine it today emerged with the HMS Dreadnought when it entered service with the British Royal Navy in 1906. At the time, her design was revolutionary. Unlike previous generations of battleships, Dreadnought was armed with an all big-gun armament of ten 12 inch guns. The design rendered all previous battleships obsolete.

But the next-generation battleships were expensive white elephants—their most useful function during peacetime was simply to demonstrate national power. Even going back to the age of sail, massive so-called first-rate ships of the line were rarely the most useful battleships in combat due to their ponderous nature and poor sea-keeping qualities. Like their later counterparts, they were mostly useful for show.

The only time dreadnoughts ever engaged in the massive fleet on fleet duels that they were intended for was at Jutland during the First World War. Even there, the fear of losing one of these expensive behemoths proved to be a huge concern—for both the German and the British fleets.

Subsequently, during the Second World War, many battleships were destroyed from the air never having engaged another warship. Toward the end of the war, with carrier airpower becoming dominant, the massive vessels were mostly used to pound shore targets.

Arguably, the largest battleships ever built actually hampered Japan’s war efforts more than they helped by sucking up resources better used elsewhere. The same could be said for Germany’s Bismarck and Tirpitz—the later of which ended up capsized in a Norwegian fjord after being pounded from the air by British Lancaster bombers. Both the massive 72,000-ton Japanese super battleship Yamato and sister ship Musashi were sunk by carrier-based airpower without ever sinking another warship.

Nazi Germany’s Panzerkampfwagen VI Tiger Ausf.E, usually called the Tiger, was one of the most feared tanks in the Wehrmacht and Waffen-SS arsenal. It was a monster of a tank with thick frontal armor that was virtually impenetrable to allied anti-tank weapons from most ranges when it was first introduced. It also had a massive 88mm gun. Deployed in heavy independent tank battalions, the Tiger developed a fearsome reputation.

However, the Tiger was already obsolete by the time it was fielded in 1942 because it lacked features such as sloped armor. It was also massively over-engineered and expensive. It guzzled fuel and frequently broke down. The Nazis managed to build only 1,347 Tigers during its production run—for more than twice the price of the Panther, which was arguably a much better tank. By comparison, the Soviets built well over 60,000 T-34 tanks.

The Panther was smaller, faster, and more maneuverable, while its 75mm gun—which had a much higher muzzle velocity— had better armour penetration performance than the Tiger’s 88mm gun. The Panther was also better protected from the front with its 80mm of sloped armour, which offered superior performance compared to the Tiger’s 100mm of flat armor plate. More importantly, the Panther cost less than half as much to build as the Tiger and could be produced much faster.

The Ilyushin Il-2 Sturmovik ground attack aircraft attained nearly mythological status within the Soviet military during the Second World War. The Soviets built over 36,000 of the warplanes during what is still referred to as the Great Patriotic War in Russia. While the Il-2 certainly boosted the moral of the Red Army’s ground forces, how effective it actually was is questionable.

Soviet aircrew flying the Sturmovik suffered horrendous losses against the Luftwaffe over the Eastern Front. It was not particularly maneuverable and proved to be easy prey in many cases. It also didn’t carry a huge bomb load—especially when compared to the P-47 Thunderbolt and the Hawker Typhoon, which are its closest western equivalents. Moreover, it wasn’t particularly accurate when delivering its weapons.

Thus, while it gained a fearsome reputation—the Il-2’s primary effect on the battlefield was mostly psychological.

The Norden bombsight was another Second World War innovation with a reputation that far exceeded its actual capabilities. Legend holds that its bombsight—which was so secret that aircrews would remove it from their bombers when it was on the ground—was capable of dropping weapons to within 75 ft. It was for this reason that the U.S. military spent some $1.5 billion (in 1940s dollars!) developing the bombsight. To put this in perspective, the entire Manhattan Project costs roughly $3 billion.

Unfortunately, the bombsight was not all it was cracked up to be. In fact, less than 50 percent of the bombs fell within a quarter mile of the target—with some estimates suggesting 90 percent of the bombs dropped would miss. The Navy, for example, recognized the problem early on and switched to dive bombing almost immediately. The British—also recognizing the futility of precision bombing—chose to firebomb entire German cities.

True precision air attacks were not feasible until the advent of laser-guided bombs toward the end of the Vietnam War. Now, of course, we have GPS-guided munitions, which make life easier—at least for the pilots dropping the bombs (less so for the target.)

One very modern example of an overrated weapon is the fifth-generation fighter—perhaps a controversial choice.

The United States will spend upwards of $470 billion on F-22s and F-35s, but these aircraft cost so much and took so long to develop, they’re already obsolete in some cases. For example, the electro-optical sensor carried in the nose of the F-35 is already 10 years out of date—even though the jet has yet to enter service.

Meanwhile, it will likely cost well over a trillion dollars to keep these machines in service given the prohibitive upkeep costs of a stealth aircraft. Those aircraft will also have to be modified to keep them relevant—which is going to cost the American taxpayer even more money.

But the enemy isn’t standing still. Russia and China are already working on new networked air defenses coupled with new radars operating in the UHF and VHF-bands that threaten to neutralize America’s massive investment in fifth-generation fighters. Fighter-sized stealth aircraft are only optimized to perform against high-frequency fire control band radars operating in the Ku, X, C and portions of the S-band.

According to industry experts, eventually an enemy will be able to guide weapons with UHF and VHF-band radars—which will negate many of the advantages of both the F-22 and F-35. Effectively, the American taxpayer is shelling out hundreds of billions of dollars on wasting assets.