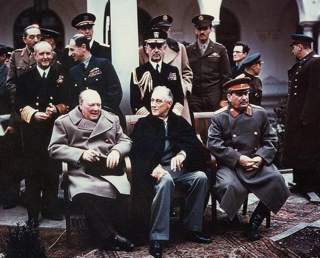 But Pakistan’s duplicity reached unimaginable heights in the years after 9/11. On the one hand, when faced with an offer it couldn’t refuse immediately after the attacks, Pakistan signed on to the Global War on Terrorism. For this effort, Islamabad was compensated handsomely, receiving upwards of $25 billion in U.S. aid from 2002 to 2012.

On the other hand, Pakistan has continued to provide massive support for Afghan insurgent groups fighting Kabul, and has hosted most of Al Qaeda’s leaders. Most egregiously, after years of Pakistani officials constantly denying he was even in the country, Osama bin Laden was found living comfortably alongside the country’s military elite.

Nothing captures the sheer dysfunction of America’s relationship with Pakistan better than the fact that those closest—and most supportive of it—have subsequently become its fiercest critics. For example, as Pakistan’s U.S. Ambassador, Husain Haqqani was the strongest advocate for a “real alliance” (instead of a transactional one) between the United States and Pakistan. “If anybody can carry it off, it’s him,” then-chairman of the House Foreign Affairs Committee, Rep. Howard Berman, quipped in 2008—a sentiment Haqqani probably would have wholeheartedly agreed with at the time. Only a few short years later, however, Haqqani wrote a scathing book entitled, Magnificent Delusions, in which he condemned U.S.-Pakistani relations and urged the two sides to adopt the type of transactional relationship he had long tried to transcend.

Similarly, Admiral Michael Mullen spent much of his tenure as the chairman of the Joint Chiefs of Staff, trying to cultivate better relations with Pakistan. According to his own count, Mullen met with his Pakistani counterpart, General Ashfaq Pervez Kayani, more than twenty-four times over a four-year span. Nonetheless, during his final testimony before Congress, a defeated Mullen conceded that the Haqqani Network is a “veritable arm” of Pakistan’s intelligence service, and that Islamabad "use[s] violent extremism as an instrument of policy.”

When Iranians took to the streets in 1978, most cited the Shah’s alleged status as a pawn of the United States as one of their main grievances against him. By that time, it was probably more accurate to describe America as the Shah’s pawn.

To be sure, the United States did help place the Shah in power on two separate occasions. Nonetheless, if the Shah felt any gratitude for this, he certainly didn’t show it. As early as the JFK administration—only a few short years after a U.S.-backed coup had restored him to the throne—the Shah was enraged when Washington urged him to improve on human rights. As William Polk, who was serving on the policy planning staff at the time, later recounted:

My colleagues and I mildly encouraged the Shah to spread the benefits of Iran's growing revenues more equitably among the people, to curtail the rush toward militarization, and to open the government to political processes. The Shah was furious. In one of our meetings, he told me that he had identified me as the principal enemy of his regime. He set out to do precisely the opposite of what my colleagues and I had recommended.

The Shah only became more brazen as the United States grew increasingly dependent on him to “stabilize” the Middle East following the Vietnam War. Particularly notable during this time period was the Shah’s treachery in the Israeli-Iranian-American operation to aid Iraq’s Kurds in their ongoing rebellion against Baghdad. The United States initially only played a bit role in what was then largely an Israeli-Iranian affair. However, as Trita Parsi has explained, “during President Richard Nixon and National Security Advisor Henry Kissinger's visit to Tehran in May 1972, the Shah convinced the United States to take on a much larger role in what up to then had been a largely Israeli-Iranian operation.” The CIA and the State Department opposed this action, warning the White House that the Shah would ultimately betray the Kurds. While accurate, both agencies failed to warn that the Iranian monarch would also betray the United States.

But this is exactly what happened in March 1975 when the Shah and Saddam Hussein signed the Algiers Accord, which settled many outstanding border issues in Iran’s favor. Immediately afterward, the Shah cut off all support for the Kurds (including allowing the United States and Israel to use Iranian territory to provide assistance.) The United States and Israel were infuriated. As Parsi notes:

The agreement took Israel and the United States by complete surprise. The Shah neither consulted nor informed his Israeli and American allies about the negotiations with the Iraqis, nor did he indicate that the collaboration with the Kurds was in jeopardy.

In truth, the United States should not have been the least bit surprised by the Shah’s complete disregard of U.S. interests in the Kurdish operation. After all, he had acted far more egregiously in manipulating oil prices, particularly in the wake of the 1973 Arab oil embargo.

To be clear, the Shah, a quiet ally of Israel and adversary of the Arabs, did not participate in the oil embargo over the war. In fact, seizing upon higher prices, Iran actually upped its production in the immediate aftermath to capitalize on the higher prices (In October 1973, OPEC had raised the price of oil by over 70 percent, from $3.01 to $5.11 a barrel).

These higher prices were not enough to fund the Shah’s grandiose visions for Iran. In addressing the OPEC meeting in Tehran that December, the Shah urged the oil-producing nations to push the price of crude even higher, promising that “I shall defend our action before the entire world.” With the Shah’s encouragement, OPEC agreed to more than double the price of oil from $5.11 to $11.65. Over a twelve-month period, oil prices had risen an incredible 470 percent, which proved extremely lucrative for Iran and other Persian Gulf countries. As Andrew Scott Cooper notes of the year, “the economic wealth of OPEC members had [sky]rocketed by the then-astronomical sum of $112 billion—an amount that represented the largest single transfer of wealth in history.” Iran’s GDP alone was projected to grow by 50 percent!

Of course, the Shah’s move was catastrophic for Western economies, including the United States’, where law and order began to break down. Time magazine reported in January 1974:

in New York City, motorists fought with fists and knives among themselves and with policemen assigned to keep order around jammed stations. In Phoenix, pump jockeys began packing pistols — for self-protection, they explained.

In hindsight, they should have packed more heat; in Albany, NY, a man toting a hand grenade demanded all the gas he could transport.

Increasingly desperate among the growing chaos, President Nixon appealed directly to his old friend the Shah. His pleas fell on deaf ears, as the Shah flat out ignored Nixon’s request. Instead, the Shah went on 60 Minutes to deny that the United States was experiencing oil shortages at all, insisting instead that the United States was importing “more oil than any time in the past."

Worse still, he admonished: “The industrial world will have to realize that the era of their terrific progress and even more terrific income and wealth based on cheap oil is finished.”

“They will have to find new sources of energy, tighten their belts,” the Shah continued. “If you want to live as well now you’ll have to work for it. Even all the children of well-to-do parents who have plenty to eat, have cars, and run around as terrorists throwing bombs here and there—they will have to work, too.”

Zachary Keck is the managing editor of the National Interest. You can find him on Twitter: @ZacharyKeck.