The 9/11 Anniversary: 15 Years of Alarmism—and Counting 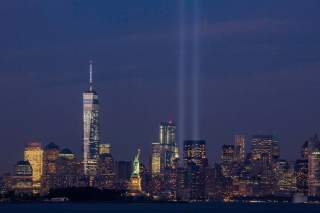 In her 2008 book, The Dark Side, Jane Mayer reports that “The only certainty shared by virtually the entire American intelligence community in the fall of 2001 was that a second wave of even more devastating terrorist attacks on America was imminent.”

Under the circumstances, of course, deep concern was certainly justified. But the “certainty” and the attendant complete dismissal of the possibility that, like Pearl Harbor, 9/11 might prove to be an aberration rather than a harbinger, was not.

As military historian H.P. Willmott has pointed out of the Japanese, “not a single operation planned after the start of the war met with success.” Something similar seems to have happened to Al Qaeda.

Even tak­ing into consideration that it has been isolated and under siege, the group’s record of accomplishment since 9/11 has been rather meager: it has remained a fringe group of a fringe group that got tragically lucky once. Yet for 15 years it has provided fodder for serial alarmists in the West. At the extreme, it has been proclaimed to present an existential threat to the United States—or even to the world system or to civilization as we know it.

Al Qaeda does appear to have served as something of an inspiration to some Muslim extremists (though it could have done that even if it didn’t exist), and it has issued a parade of videos filled with empty, deluded, and self-infatuated threats. However, only two of the major terrorist plots against the West since 9/11, could be said to be under its “command and control,” and both of these, as it happens, failed miserably. In addition, Al Qaeda’s branch in Yemen sent off the underwear bomber in 2009 outfitted with a device that was almost impossible to detonate and (like Al Qaeda’s shoe bomb of 2001) far too small to bring down the airliner if it had gone off. And, although millions of foreigners have been admitted legally into the United States since 2001, not one of these, it appears, has been an agent smuggled in by Al Qaeda.

That is not the way it looked to the intelligence community in 2002 when it informed reporters that between 2,000 and 5,000 trained Al Qaeda operatives were on the loose in the United States. Within a few years, the FBI determined that those operatives actually, pretty much did not exist. However, the Bureau’s director, Robert Mueller, remained unflappable, informing the Senate Committee on Intelligence on February 16, 2005, not that there didn’t seem to be much out there, but that “I remain very concerned about what we are not seeing,” an observation dutifully rendered in bold type in his prepared remarks.

In the meantime, Homeland Security chief Tom Ridge was informing us that “extremists abroad are anticipating near-term attacks that they believe will either rival, or exceed, the attacks that occurred in New York and the Pentagon and the fields of Pennsylvania,” Attorney General John Ashcroft with Robert Mueller standing beside him announced that “Al Qaeda plans to attempt an attack on the United States in the next few months [with the] specific intention to hit the United States hard,” and David Rothkopf was relaying the views of “more than 200 senior business and government executives, many of whom are specialists in security and terrorism related issues,” and almost three-quarters of whom “said it was likely the United States would see a major terrorist strike before the end of 2004” and that “the assault would be greater than those of 9/11 and might well involve weapons of mass destruction.”

Although evidence uncovered in 2001 indicated that Al Qaeda entire budget for weapons of mass destruction work was between $2,000 to $4,000, John Negroponte, then the US Permanent Representative to the United Nations, insisted in 2003, that “There is a high probability that within two years al‑Qaeda will attempt an attack using a nuclear or other weapon of mass destruction.” By 2004, Harvard’s Graham Allison had published a book relaying his “considered judgment that on the current path, a nuclear terrorist attack on America in the decade ahead is more likely than not,” and William Perry, the former secretary of defense, was calculating an even chance of a nuclear terror strike within the next six years: “We’re racing toward unprecedented catastrophe.” By 2007, physicist Richard Garwin was putting the likelihood of a nuclear explosion on an American or European city by terrorist or other means at 20 percent per year, which would work out to 87 percent over a ten-year period.

In the wake of the 2004 election (when nothing happened), terrorism specialist Bruce Hoffman suggested that it was the months after the election that were to be feared: “Bin Laden, having uttered his warning, will be marshalling his resources to make good on his promise that Americans will not be able to avoid a new 9/11. It’ll be a race against time.” And Bill Clinton’s terrorism czar, Richard Clarke, issued an Atlantic cover story consisting of “futuristic fiction” in which he anticipated shootings at casinos, campgrounds, theme parks, and malls in 2005, bombings in subways and railroads in 2006, missile attacks on airliners in 2007, and devastating cyberattacks in 2008.

In 2007, Hoffman was warning that a resilient Al Qaeda was “very much sticking with its classic playbook of simultaneous, spectacular strikes against even hardened objectives. In other words, we have more to fear from this resilient organization, not less.” And CIA director George Tenet chimed in with the evidence-free assertion that “My operational presumption is that they infiltrated a second wave or a third wave into the United States at the time of 9/11. Can I prove that to you? No. It’s my operational intuition.”

Also in 2007, Brookings’ Bruce Riedel was urging that “Al Qaeda is a more dangerous enemy today than it has ever been before,” prognosticators at Stratfor were concluding that “the United States is long overdue for a jihadist attack,” and ABC News was reporting that “A secret U.S. law enforcement report” was warning “that al-Qaeda is planning a terror ‘spectacular’ this summer,” and were being told that it was “reminiscent of the warnings and intelligence we were getting in the summer of 2001.”

Things did tone down a bit during the Obama administration, though Obama advisor Riedel continued to contend in late 2009 that the Al Qaeda threat to the country remained “existential.” And when Osama bin Laden was killed in 2011, Hoffman predicted that “We can certainly expect acts of retribution, vengeance, frustration and punishment directed against the U.S. in the coming weeks and perhaps months” even as and specialist John Arquilla suggested that we “Watch for more small strikes in the weeks and months ahead, launched around the world.” As usual, not much happened.

In a speech in 2013, President Barack Obama did express some distaste for what he called the “boundless” global war on terror. But in some important respects, his vision of the enterprise seemed even more extravagant—and boundless—than before. In part, perhaps, this is because his desire to use the weapons and methods of war such as missile and drone attacks against terror­ists required him to plunge into the rhetoric of war and in the process to hype the threat that terrorism presents.

To his credit, however, Obama did try to dampen things a bit in early 2015 by urging that terrorism did not, actually, present a threat to the nation that was existential. The ploy did not go well and, although the President is reported to want to go further, he has not summoned the political courage to do so.

For the most part, popular anxieties about terrorism did not erode in the dozen years after 9/11. However, if alarmists were looking for additional fuel, they got it with the rise in 2014 of the vicious insurgent group, ISIS or Islamic State. From the outset, Senators John McCain and Lindsey Graham were quick to proclaim the group to be an existential threat to the United States. Meanwhile, Senator Dianne Feinstein was insisting that “the threat ISIS poses cannot be overstated” (effectively proclaiming hyperbole on the subject to be impossible) and Senator Jim Inhofe was claiming that ISIS is “rapidly developing a method of blowing up a major U.S. city.”

However, after its heady advances in the Middle East in 2014 and early 2015, ISIS now appears to be in considerable disarray. The flow of foreign fighters may have dropped by 90 percent, and the group has progressively been losing territory. Indeed, there are strong indications that, two years after proclaiming its caliphate and the start of a glorious new epoch, the group is preparing its supporters for the possibility, even likelihood, of total territorial collapse. Meanwhile, continuous failure on the battlefield is having a dampening effect on enthusiasm and recruitment—the group no longer projects jihadist cool. In addition, the FBI reports that the trend for Americans seeking to join ISIS is decidedly downward.

Nonetheless, a poll conducted last spring asked the 83 percent of its respondents who said they closely followed news stories about ISIS whether the group presented “a serious threat to the existence or survival of the US.” A full 77 percent agreed—more than two-thirds of them strongly. That’s got to be sweet music to alarmist ears.