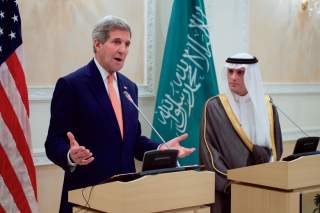 Notwithstanding criticism from the President and CIA Director, the "Justice Against Sponsors of Terrorism Act" (JASTA) passed last Wednesday with an overwhelming, bipartisan majority in Congress. It is now U.S. law. JASTA provides a legal course for families of 9/11 victims to sue any state for terror attacks committed on American soil on or after September 11, 2001. The act raises at least three questions regarding our relationship with Saudi Arabia, arguably the country most impacted by JASTA. Should U.S. officials provide support (e.g. pertinent evidence) to 9/11 families suing Saudi officials? Should the U.S. government encourage the Saudis to settle cases out of court? If a guilty verdict is reached but no Saudi official shows up, would American courts freeze Saudi investments assets, such as Saudi sovereign wealth investments in American private equity firms or Saudi funds being held in the United States to support their major military purchases?

In answering these and other complex questions, the next President must be guided by a dual responsibility. The first and obvious one is a responsibility to American citizens. If Saudi officials were in fact involved in the 9/11 attacks—and a 2004 Congressional inquiry found that at least two lower-tier Saudi officials were—then American citizens must have recourse to justice and U.S. officials should support them, regardless of the diplomatic hiccups that may ensue. JASTA makes this responsibility more compelling.

The second responsibility arises from America's distinct role in the world. The United States is the linchpin of global governance and security and has a responsibility to undertake policies that promote stability rather than strife amongst nations. JASTA chips a small chunk away from the legal doctrine of "sovereign immunity," which guarantees that governments are immune from criminal or civil prosecution. In relation to this doctrine, JASTA expressly states: "A foreign state shall not be immune from the jurisdiction of the courts of the United States in any case in which money damages are sought against a foreign state for physical injury to person or property or death occurring in the United States and caused by... an act of international terrorism in the United States."

A number of fears thus arise. The first is that other states may legally retaliate against American officials or soldiers. For example, Pakistani citizens may sue U.S. officials for drone strikes in their country. However, this fear is overblown. Genuine U.S. allies will not consider a retaliatory course of action because JASTA has a minimal direct impact on them. Partners who would consider retaliating would soon conclude that they have more to lose than to gain. Bedfellows who, so angered by this bill, would actually legally retaliate against the U.S. government are ones that likely already support—perhaps covertly—anti-American militant groups and ideologies that threaten the interests and values of the United States and its allies. With such countries we must conclude that our relationship with them has run its course.

A second fear relates to the fact that sovereign immunity has been followed by most countries for centuries. It is so ingrained in relations among states that we take it for granted, but it is nevertheless key to global stability. The passage of JASTA may spark other countries to pass laws that similarly undermine the concept of sovereign immunity, not with America in mind, but with a nod elsewhere; thus, for example, India may pass a similar law allowing for victims of the 2008 Mumbai attacks to sue the government of Pakistan, whose intelligence services trained the attackers. In 2016, nearly 12,000 people have been killed by terrorists in nearly every continent, in some cases with foreign government support. In theory, a cascade of JASTA-like acts and retaliatory acts, lawsuits and retaliatory lawsuits, could follow around the world, thus eroding global diplomacy. In practice, this would only happen if American officials mismanage JASTA-related cases.

To avoid such a scenario, the next administration should engage in the avenues provided within JASTA. Namely, the act provides avenues for intervention by the Attorney General and Secretary of State. For example, JASTA clearly states that an American court hearing a claim against the Saudi government “may stay a proceeding against a foreign state if the Secretary of State certifies that the United States is engaged in good faith discussions with the foreign state defendant concerning the resolution of the claims against the foreign state.” The next President, in coordination with both the Attorney General and the Secretary of State, should act in a balanced manner, taking into account America’s dual responsibility described above. This means furnishing U.S. citizens with any pertinent evidence; avoid actively encouraging U.S. citizens to pursue JASTA cases; and in appropriate circumstances engaging in diplomacy to encourage Saudi officials to settle cases out of court.

JASTA does not mention Saudi Arabia by name and it must be kept in mind that the current King of Saudi Arabia has only been in power since January 2015, while the Deputy Crown Prince was 16 years old when the 9/11 attacks occurred. Consequently, a scenario whereby the most senior Saudi officials are found guilty is unlikely. Additionally, the bill refers to injuries to a person, property, or businesses “on or after September 11, 2001.” In this sense, JASTA actually strengthens U.S. national security in the long run. Currently some governments in the Gulf and South Asia are sponsoring militant groups whose “far enemy” is the United States. JASTA provides a legal pathway for potential American victims of terrorism, and, as importantly, sends a strong message to foreign governments considering whether or not to support anti-American militant groups in the future.