The Aftermath of the Hong Kong Protests: Everyone Loses 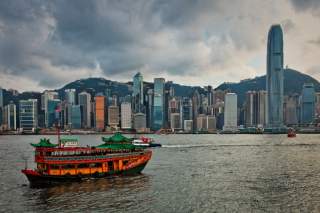 The yellow umbrellas are being furled and many—though not yet all—of Hong Kong’s youthful protestors are drifting home or back to school as police pressure increases and public support declines. Their two-month seizure of selected city streets, designed to inject more democracy into the politics of this affluent Chinese city, is winding down with no clear gains. Instead, supine Hong Kong officials have chosen to obey their Beijing masters rather than address concerns of the people they supposedly represent, and have refused to negotiate. This has let them outlast most of the demonstrators, who rallied with great energy, but not much strategy to bring about electoral change. Yet this has done little more than make it harder for Hong Kong to have an administration that is both effective and reasonably popular.

But if winners are hard to find, there is no shortage of losers.

The pan-democratic forces, a loose and leaderless coalition of middle-aged professionals, pro-democracy politicians and students with shifting goals, are the immediate losers; so far, there are no reliable signs that any concessions will be forthcoming. They rallied against a Beijing decision that in 2017 would give Hong Kong its first city-wide election under universal suffrage rules—but only if the central Chinese government can first decide who gets on the ballot. The demonstration was originally organized by veteran politicians under the title “Occupy Central with Love and Peace” as a limited takeover of the main business district to symbolize a public demand for greater local autonomy, as China had promised years ago. Then it was to disperse, perhaps to be revived later if no serious political talks ensued. But police soon responded unwisely with tear gas and pepper spray, causing thousands of angry students—who also have their own social and economic grievances—to flock to the site. Suddenly, the protests grew larger and lasted longer, with yellow umbrellas to protect against tear gas and pepper spray as their main symbol.

But the demonstrations have brought no political change and the general public, though largely favoring a more democratic system, has grown weary of having daily life disrupted. Polls show that most people want the students to disperse, and three key organizers of the original Occupy Central movement have told them to do just that. Some student leaders have said the same, and the remaining demonstrators may do so within days. The best-known student organizer—Joshua Wong—called off his hunger strike after five days.

On Thursday, Hong Kong police—responding to a court order—plan to clear one major site of all demonstrators so a local bus company can resume service. As many as 3,000 officers may be involved; many protesters have already evacuated the area, but a minority may resist with force.

Yet the Hong Kong government has scored no real victory. Led by an unpopular and distrusted chief executive, C.Y. Leung, it has clearly aligned itself with Communist Party officials in Beijing. For example, it called last year for public “consultation” about how Hong Kong should choose officeholders, and got numerous appeals for greater autonomy. But when it summarized these views for Beijing—a required process meant in theory to help shape the center’s policy—it played down calls for increased autonomy and instead forwarded a deliberately misleading account that helped justify China’s decision to control the nominating system. Since then, Chief Executive Leung and his seldom-seen top aides have been widely criticized for failing to exert any serious leadership during what has become Hong Kong’s greatest political crisis in years. Indeed, Leung has spent much time in Beijing and abroad, while handing off containment to the city’s overworked and stressed police force (which, to its credit, has often acted with much restraint).

“[T]he potential for violence remains and …all sides need now more than ever to exercise restraint and to lower tensions,” Assistant Secretary of State Daniel R. Russel told a Senate committee last week.

All this has earned the Leung administration even greater public disdain and could bring governance problems later. It has strengthened a prior perception that the government worries less about desires of Hong Kong’s public than about demands of Beijing leaders and the wishes of local tycoons, who generally oppose free elections. (They’re afraid a more populist government would raise taxes and that supporting pro-democrats could harm their mainland investments.) In fact, Leung has stated publicly that giving poor people a greater policy voice via the ballot would be bad for business, while Chinese president Xi Jinping—soon after the protests began—summoned seventy leading Hong Kong businessmen to assure them that preserving their wealth remained a high Communist Party priority.

Hong Kong remains a place of great affluence, with one of the world’s highest per capita income levels. It’s a city of seven million people that punches far above its weight in global financial and economic circles. But it also has, by United Nations calculation, one of sharpest rich-poor divides, with 20 percent of the population living below the official (and quite low) poverty line. Over the past decade, the economy has grown 50 percent, but the median household income has risen only 10 percent. Although Hong Kong is repeatedly cited as one of the world’s best places for doing business, much of the local economy is dominated by cartels with allegations that bid-rigging, price-fixing and market-sharing are common. The property development, construction, supermarket and energy sectors are often accused of such restrictive practices, and efforts to pass effective market regulation have made little progress.

This feeds the youthful protests. Not only do students and recent graduates fear that Beijing wants to restrict the civic liberties that Hong Kong (and no mainland city) enjoys, they also believe this limits their career possibilities. Many contend that the best jobs are dominated by friends and relatives of the business establishment, or go to mainlanders who bring useful connections to the ruling party and government. According to academic researchers, this belief pushes many young people toward more radical politics and has adverse, long-term implications for social stability.

If Hong Kong’s pro-democracy politicians, youth and government haven’t won much, neither has Beijing. There’s no doubt that Chinese leaders can impose their will on Hong Kong, no matter what the locals prefer. President Xi Jinping has made abundantly clear that strengthening Communist Party rule has been his highest priority, and recalcitrant citizens—Tibetans, Uyghurs, political dissenters, whoever—will be crushed if they take their complaints public. He is determined that China will not become a nation in which the people choose their leaders, but will remain one where the leaders choose themselves.

Thus, letting Hong Kong voters select a government head who lacks prior party approval would set a negative example for the rest of China. Others might want to do the same, and already the influence of Hong Kong’s freer society seeps across the border more than Communist leaders find comfortable. But denying Hong Kong the “high degree of autonomy” promised decades ago will further increase the public’s reluctance to follow Beijing’s advice, such as on how to teach Chinese history or politicize its judiciary. Pro-Beijing politicians in Hong Kong concede most people already distrust the Communist Party and this will only increase their wariness. Having to rule a resentful Hong Kong populace, even if indirectly, cannot be the party’s desire.

But the immediate main setback concerns a territory Beijing considers much more central—Taiwan.

Hong Kong, since the 1997 handover of the former British colony to China, has been governed by something called “One Country, Two Systems.” This makes it a permanent part of China, with Beijing responsible for defense and foreign affairs, but also allows “Hong Kong people” to administer the territory with a “high degree of autonomy,” including electing local officials. But this concept was originally designed for Taiwan, which Beijing considers a wayward province that should return to the fold. The suspicious Taiwanese have never shown much interest in applying it, but in recent years—under leadership of the Kuomintang (KMT) Party—Taiwan’s relations with the mainland have grown much closer. Speculation had grown that the island province might be drifting toward some version of “One Country, Two Systems,” even if much looser than the Hong Kong model.

But that illusion has been shattered, partly due to Hong Kong. Recent local elections in Taiwan dealt the KMT a crushing defeat, causing President Ma Ying-jeou to resign as party leader. A variety of domestic economic issues were important, but worries that the KMT might let Taiwan become a mainland subsidiary were also crucial; events in Hong Kong fed that concern. It’s now possible that the opposition Democratic Progressive Party (DPP), which opposes unification on any terms, will win Taiwan’s next presidential election in 2016. From Beijing’s perspective, that would be the worst possible outcome and already has led to speculative articles in mainland newspapers about what’s needed to take Taiwan by force.

Despite all the protest, compromise in Hong Kong remains possible. There will be no retraction of Beijing’s election decree and C.Y. Leung won’t resign—two of the students’ more impossible demands. But important details about the 2017 election of the next chief executive remain to be drafted locally, then sent to Beijing for approval. A 1200-member election committee will still vet candidates as China insists, but its membership could be reconfigured to give it more “broadly representative” (as the relevant law requires) and less a group of establishment types who obey official wishes. Hong Kong could hold a primary election, with the top two vote-getters holding a runoff. Many other rule variations are at least theoretically possible, provided the Hong Kong and Beijing governments conclude the current testy atmosphere serves no purpose, and compromise is better. If some system let a pro-democracy candidate get on the ballot, most citizens would likely view that as victory enough—at least for the time being.