The Aftermath of Ukraine's Elections: One Step Forward or Two Steps Back? 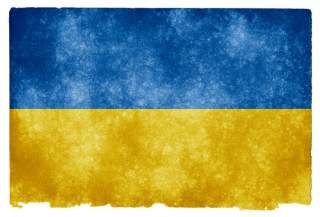 Following Sunday’s highly anticipated parliamentary elections, the EU and United States celebrated the overwhelming win by pro-European parties in Ukraine’s Verkhovna Rada. However, the results of Sunday’s election show that Ukraine is still deeply divided and will face an uphill battle in implementing future reform policies. In the coming months, President Poroshenko will have to work towards reconciling the differences between the major parties and ensure that no group feels alienated from decision making. Otherwise, Ukraine could face an escalation in the conflict and further splintering.

Over the past week, the main focus in Western media has been on the overwhelming support for the pro-Western parties, namely Prime Minister Yatsenyuk’s People’s Front, which placed first at 22.2 percent, and President Poroshenko’s party, Poroshenko Bloc, receiving 21.8 percent.

Overlooked is the fact that Yatsenyuk and Poroshenko came to power during two different, but equally critical, phases of the conflict in Ukraine and as a result represent different political priorities. Yatsenyuk, who was designated prime minister by the Maidan Council when Yanukovych fled, represents the revolutionary spirit of Maidan. Poroshenko on the other hand, was elected president and as an oligarch embodies a mix of Ukraine’s past and possible future. While both parties agree that Ukraine should be heading in the European direction, points of contention will arise in exactly how to achieve this goal.

Meanwhile, the Opposition Bloc, with many of former president Yanukovych’s associates, placed fourth at 9 percent. While significantly lower than its previous standing, it demonstrates that there is still a significant constituency. In celebrating the pro-Western parties’ dominance in parliament, the West is promoting a winner-take-all approach and risks alienating those who voted for the Opposition Bloc, many of which are located in areas of eastern Ukraine that are controlled by the Ukrainian government. Isolating these voters will not only lead to future dissent and hurt attempts at reconciliation, but more importantly, could push additional areas in eastern and southern Ukraine to fall under the separatists’ control.

Poroshenko and Yatsenyuk are already focusing on reforming Ukraine in a way that will be appealing to the West in hope of receiving more military and financial aid, even proposing to name the coalition the European Coalition. With a high probability of obtaining a comfortable majority, it will be easy to exclude the Opposition Bloc and promote policies that focus on developing a dialogue with the European Union, rather than the separatists. Despite placing fourth, the Opposition Bloc was excluded from the first Rada meeting to discuss the formation of the coalition party and is likely to be omitted from the coalition altogether. With the possibility of a grand coalition not even discussed in the Rada, Yatsenyuk said that he would like to see the final coalition consist of the People’s Front, Poroshenko Bloc, Samopomich (which placed third in the elections and is lead by the mayor of the west Ukrainian city of Lviv), Yulia Tymoshenko’s Fatherland Party and the Radical Party (whose leader, Oleg Lyashko, ordered an angry mob to dump a city official into a dumpster). Including parties like the Radical Party in the coalition, while avoiding the Opposition Bloc, will only promote distrust and damage the image that the pro-Western parties want to create of Ukraine as a European nation.

That being said, the enthusiasm for closer ties with Europe, recognized in Sunday’s parliamentary elections, has not been reciprocated by the West. The support that the EU and United States have provided to Ukraine thus far has been mostly rhetorical. Instead, Western governments are too preoccupied with pigeonholing the Ukraine crisis as an external conflict predominantly caused by Russia. In the process, they are overlooking key domestic issues such as corruption and potential for future tension between not only the pro-Western and pro-Russian parties, but also diverging views within the pro-Western parties on how to reform Ukraine. As a result, the West’s response in dealing with the Ukraine crisis has been ineffective.

For example, in early October, Victoria Nuland smugly delivered monitoring equipment to Ukraine and like a kid who just received a bad Christmas present, high-ranking Ukrainian officials politely shook her hand and thanked her for the binoculars and drones, while perhaps internally cursing the lack of substantial aid provided by the United States. Rather than sending the lethal aid that Poroshenko asked for in his speech to Congress, the fact that the United States chose to send mostly monitoring equipment to Ukraine is an indication that the United States is very hesitant to risk entering into direct confrontation with Russia. But, as President Poroshenko said in his speech to Congress in September, “one cannot win the war with blankets.”

Among the most pressing issues the Rada will have to address is how Ukraine will pay for gas this coming winter and having a voice in parliament that is ready to negotiate with Russia could be a crucial asset in negotiating with Moscow. In the past, Russia has proven that it is not afraid to use gas as leverage or blackmail to achieve a political goal. Unfortunately, this is the geopolitical reality with which Ukraine currently has to deal. Already, in seeking to prod Europe, Putin told the EU that they should help pay for Ukraine’s gas this year. In so doing, the Russian president is sending a clear message that Europe should be careful what it wishes for, as the gas bill is only the start of the costs associated with bringing Ukraine closer to Europe. Not only can the EU not afford to save Ukraine, they also cannot completely turn away from Russia, because they have their own energy dependency to consider. Seeking financial aid to pay for gas, Poroshenko appealed to the European Union, but was told that at most the EU is prepared to pay $1 billion out of the $5 billion Ukraine needs. While an interim deal was struck, averting the current crisis, the Rada will have to keep an open mind when it comes to negotiating with Moscow—and it cannot afford to completely turn its back on Russia.

With the West strongly supporting the victory of the pro-Western parties, Kiev will be tempted to dismiss the views of the Opposition Bloc in favor of promoting closer ties with Europe. But, if Poroshenko wants to set Ukraine on a path to peace, stability and economic prosperity, he should not be distracted by the West’s pom-pom waving and instead work towards consolidating diverging views within his government in a way that would invite foreign aid, but not cut ties with Russia completely. In forming a coalition over the next week, it would be a grave mistake for the Ukrainian president to align his country’s interests exclusively with the West with the hope of receiving more military and financial aid. Instead, Poroshenko should work towards prioritizing reforms that would create a more inclusive environment for opposing views within Ukraine.

The election of pro-Western parties in Ukraine is not something the West should be patting itself on the back for as a job well done. Discouraging attempts to alienate the Opposition Bloc would be a much more worthwhile cause, but would require the EU and United States to put aside their incompatibility issues with Russia and focus on the democratic development of Ukraine. That being said, Poroshenko would also do well to remember that just because there is a will, does not mean there is a welcoming committee with fruit baskets—or in this case, gas subsidies—at the other end of the tunnel. If the Ukrainian president wants to see change in Ukraine, he cannot rely solely on Western aid. For a truly peaceful resolution to take place, Ukraine has to embrace dissenting voices in its government not with contempt, but with an intention to work with them.

Katrina V. Negrouk is a Program Associate at the Center for the National Interest.