The AIG Case and the Rule of Law 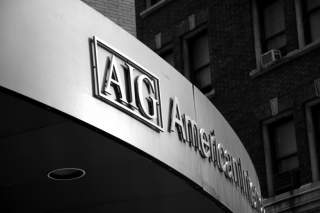 Eight years of official, media-sanctioned cover-up of the U.S. government’s trampling of the rule of law may be coming to an end. Federal Judge Thomas C. Wheeler ruled Monday that U.S. government officials and their Wall Street advisors acted illegally in nationalizing American International Group (AIG) during the financial crisis in 2008. The ruling comes in a lawsuit brought on behalf of AIG’s 275,000 shareholders who opted to join the company’s former leader, Maurice R. (“Hank”) Greenberg, (who is currently the chairman and CEO of the C.V. Starr and a member of the board of the Center for the National Interest) alleging that government expropriated equity control of AIG and then used AIG to funnel capital to Goldman Sachs and a coterie of Wall Street banks.

Judge Wheeler’s stinging rebuke is a moral victory for AIG’s shareholders and for all who care about the rule of law. His decision is also Solomonic, as it concludes that shareholders were unharmed by the illegality because, Judge Wheeler surmises, without the takeover, AIG would have filed for bankruptcy and erased shareholder equity. In fact, however, that was not inevitable, as AIG’s insurance businesses, which were entirely solvent, could have been hived off from its troubled business and sustained outside of bankruptcy. That explains why Greenberg immediately announced he will appeal the damages ruling and why the government has yet to say whether it will appeal the judge’s condemnation of its behavior.

Although long portrayed as a “taxpayer bailout” of AIG led by “distinguished public servants,” Judge Wheeler’s opinion clarifies that the official actions—led by Treasury Secretary Henry Paulson, Federal Reserve Board Chairman Ben Bernanke, and New York Fed President Timothy Geithner—were in fact an AIG-and-taxpayer bailout of Wall Street firms engineered by government officials and Wall Street professionals with deep and ignored conflicts of interest. For example, many, like Secretary Paulson, had close ties to Goldman Sachs, chief beneficiary of the scheme. Judge Wheeler aptly described the taking of the shareholders’ ownership as an “illegal nationalization,” referring to the practice, still prevalent in a few corners of the world, of government seizing ownership of private enterprise in defiance of the rule of law.

This was not the first time in AIG’s long history that its assets were nationalized; such actions have occurred in places like Iran, Iraq, Nigeria, Pakistan, Peru and Vietnam. Led by Greenberg from 1969 to 2005, AIG always fought doggedly to remedy such abuses, and always won. But earlier seizures had been limited to foreign governments, were on much smaller scales, and could be readily reversed. Such government abuse in the United States is alarming for the obvious reason of the nation’s commitment to private property and the rule of law. This one was all the more searing because of the special role AIG played since the 1960s aiding the country’s foreign affairs, especially promoting the rule of law.

AIG, operating for decades in 130 countries, promoted American values globally during the latter part of the twentieth-century. It aided the reopening of economic relations with China in the 1970s and helped win the Cold War against the Soviet Union in the 1980s. Into the 2000s, it promoted democracy and capitalism throughout East Asia and Latin America, along with parts of the Middle East and Africa. The Starr Foundation, founded and funded by AIG and its executives, has invested many millions of dollars in the rule of law globally, supporting programs from Peking University to Yale University, where one prominent alum is Alexy Navalny, the young Russian lawyer who has been a great nemesis of Vladimir Putin and champion of the rule of law.

So it was paradoxical that the U.S. government would execute such a takeover of AIG, defying all those values. Former Secretary Paulson, in his memoirs, suggests that he knew of the shaky ground for seizing ownership control of a private company like AIG, whatever he may have thought about the expediency of doing so. He recounts warnings he gave to President George W. Bush about the need to obtain Congressional authority as well as inconclusive meetings he held with congressional leaders.

Had officials in other countries seized property in similar circumstances, U.S. authorities, including Paulson and President Bush, would have cried foul. Fortunately, Judge Wheeler has called them out and, nearly a decade later, it is high time to set the record straight. For the illegal nationalization of AIG, and the aggressive lengths that officials and media alike have gone to conceal it, are reminders that the rule of law is not inevitable in America, where it can be undermined when citizens are supine in the face of official coercion. AIG's 275,000 shareholders who chose to join this suit follow in the company's tradition of fighting to insist that governments everywhere respect the rule of law, abroad and at home.

Lawrence A. Cunningham, a professor at George Washington University, is the co-author, with Hank Greenberg, of The AIG Story (Wiley 2013).