The Almost War of 1938-1939: Russia and Japan's Nearly Forgotten Battle 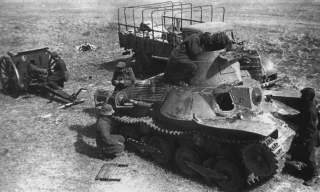