The Alternative to Regime Change in Iran 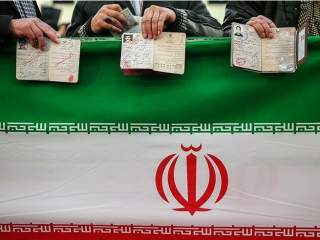 Hassan Rouhani was elected Iran’s president in June 2013 based on his promise of reaching a nuclear agreement and improving the relations with the West. He delivered on his promise, and in the process a close working relationship developed between Iranian Foreign Minister Mohammad Javad Zarif and Secretary of State John Kerry. The two diplomats have been discussing various issues, including the cease-fire in Syria. On March 6, President Rouhani said, “We can authorize our negotiation team to discuss other issues [with the West] in the world [that are of mutual interest]. We are sure that we will reach agreement similar to the nuclear negotiations.”

The Iranian people support these efforts and wish for improved relations with the United States. Under the leadership of former presidents Mohammad Khatami and Akbar Hashemi Rafsanjani, as well as Rouhani, Iran’s reformists and moderates want to pursue such goals. Leaders of the Green Movement who are under house arrest, namely former Prime Minister Mir Hossein Mousavi, his wife Zahra Rahnavard and former parliament speaker Mehdi Karroubi also support the policy of détente with the West.

Since the nuclear agreement between Iran and the P5+1 was signed in July 2015, the main problem in Iran has been national reconciliation. In other words, just as Iran and the P5+1 resolved their long-held and difficult differences diplomatically, Iranians from all walks of life also want to resolve the issues that are dividing their nation. Iranians call the nuclear agreement Barjam, the Farsi acronym for Joint Comprehensive Plan of Action. The reformists and moderates are now talking about the second Barjam, or Barjam 2, which they hope will lead to the release of all political prisoners, an end to the house arrest of the Green Movement’s leaders, freedom for political parties, independence for the universities and colleges and the resolution of other important issues.

These were also Rouhani’s promises during his campaign for the presidency, which have been opposed by Supreme Leader Ayatollah Ali Khamenei, who favors controlling cultural affairs as well as the universities.

Elections for the Assembly of Experts: No to Khamenei

Nationwide elections were held on February 26 for the next Majles (Iran’s parliament), as well as the Assembly of Experts, a constitutional body that appoints the next supreme leader. Over eight hundred wanted to run for the Assembly’s eighty-eight seats, but the Guardian Council, the constitutional body the vets the candidates for elections, deemed only 159 as qualified, an average of less than two for each district. Thus, the Council blocked the reformists and moderates from taking control of the Assembly and monitoring the performance of the supreme leader, a task bestowed upon it by the constitution.

But the reformists and moderates urged the people to cast a protest vote to try blocking the reelection of those hard-line members of the Assembly who symbolize Khamenei’s power. The result was that the hard-liners Ayatollah Mohammad Yazdi, the current chairman of the Assembly; Ayatollah Mohammad Taghi Mesbah Yazdi, considered the architect of Iran’s use of violence against the people; the dreaded former minister of intelligence Ali Fallahian; Ali Razini, a high official of the judiciary; and Mohammad Saeedi, the Friday prayer imam of Qom, were all defeated. It is also widely believed that only behind-the-scenes maneuverings by the hard-liners facilitated the “election” of Ayatollah Ahmad Jannati, the secretary general of the Guardian Council and a man who has disqualified thousands of candidates from running in national elections; the judiciary chief Sadegh Larijani; Tehran’s Friday prayer imam Ahmad Khatami; and Ahmad Alamolhoda, the Friday prayer imam of Mashhad.

Khamenei and his supporters blamed the United States and Britain for the defeat of their allies. Ahmad Khatami even lied when he claimed that President Obama had recommended that the Iranian people not vote for the aforementioned hard-liners who were defeated in the elections.

Eliminating the Extremists and Forming a Moderate Parliament

Although the Guardian Council blocked thousands of reformists and moderate candidates from running in the elections, they scored impressive victories in the elections for the Majles that were also held on February 26.

To be elected to the Majles, a candidate must receive at least 25 percent of the votes. If no candidate does that, then the two top vote getters will go to the second round of the elections. In the elections of February 26 the reformist-moderate coalition captured at least one hundred seats, while the conservatives were victorious another hundred districts. Twenty-one independent candidates were also elected; historically, they vote with the reformists. There will be a second round of elections for the sixty-nine remaining seats.

The greater Tehran district has thirty representatives in the Majles, and every candidate of the reformist-moderate coalition for Tehran was elected. Of the 138 candidates that will compete in the second round, fifty-seven are independent, thirty-one are conservative and twenty-seven belong to the reformist-moderate coalition. Thus the coalition, together with the independents, has a good chance of controlling the next Majles, which will begin its four-year term in June.

Rouhani does not belong to the reformist camp, and perhaps did not even want to deal with a Majles dominated by the reformists alone. At the same time, some of the elected conservatives are relatively moderate and close to the current speaker, Ali Larijani. Of the sixty-nine conservatives in the current Majles who were reelected, only seventeen espouse hard-line policies, and the rest are supportive of Larijani. Rouhani will try to convince the reformists and moderates to support Larijani as speaker of the next Majles as well, which will then mean that Larijani’s supporters will also back Rouhani. Some of the reformists have supported this approach.

Fourteen women were also elected, of whom only one is conservative. Eight women will compete in the next round. If six of them are elected, it will set a new record for the number of female Majles deputies. Note also that five seats of the Majles are reserved for religious minorities (Jews, Christians and Zoroastrians), who usually vote with the reformists.

A Difficult Path for Barjam 2

Rouhani succeeded in gaining Khamenei’s support for the nuclear agreement, “Barjam 1.” But, he will have difficulty doing the same for Barjam 2, because Khamenei and his supporters oppose opening up the political and cultural space.

On March 6, Rouhani emphasized again that the nation needs Barjam 2. Since the judiciary has banned publishing pictures of Khatami and his writing, and has justified it by claiming that this has been done at the order of the Supreme National Security Council, Rouhani emphasized that “there is no such order regarding his Excellency, Mr. Khatami, our [former] two-term president.” In other words, what the judiciary has done is completely illegal, and contrary to national reconciliation.

The most important problems that the Iranian people are currently facing are the economic recession and the consequences of the crippling economic sanctions imposed on Iran by the United States and its allies. If Rouhani does not succeed in ending the recession, achieve an economic growth rate of 5 percent or higher and improve the lives of millions of poor people, he may lose the presidential election of 2017. But sustainable economic growth in Iran requires about $1 trillion over a decade.

Although the International Atomic Energy Agency has certified that Iran has carried out and abided by its obligations toward the nuclear agreement, many banks and foreign investors are reluctant to invest in Iran, or even have normal transactions with it, fearing future fines and punishments by the United States.

At the same time, the government owes about $100 billion internally to the Central Bank and other financial institutions, a result of vast corruption and gross mismanagement by Mahmoud Ahmadinejad’s administration. Thus, the government faces a severe shortage of funds. Given necessary funds, the government will also need rational planning for sustainable economic growth. Efforts over the last decade to privatize the economy did not succeed because the Revolutionary Guard, the Basij militia and other organs that are controlled by Khamenei seized many national assets under the guise of privatization. It would be difficult to force the military leave the economic arena, but without a true private sector, the economy will continue to depend on the government.

The nuclear agreement was a result of a balance of power and needs of both Iran and the P5+1. The same type of reconciliation—Barjam 2—within Iran will not be possible without equal power between the state, especially the hard-liners in the IRGC, and civil society. A moderate administration and moderate-reformist Majles represent a positive step forward for true reforms, but will not be sufficient for democratizing Iran’s political structure.

If a strong civil society does not exist to support the reformists and other democratic groups, Khamenei and the hard-liners will not have any incentive to negotiate with their opposition. Democracy is always the result of a balance of power between the state and the civil society. Thus, the people’s power should be increased through strengthening civil society. If that happens, and the state and the people reach a power equilibrium, peaceful transition to a democratic state becomes possible. The same process eventually ended the dictatorships of General Augusto Pinochet in Chile, General Francisco Franco in Spain and the apartheid regime in South Africa.