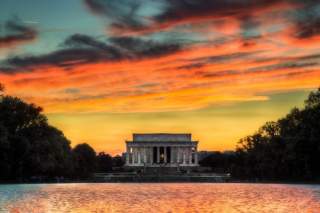 On the eve of Chinese president Xi Jinping’s state visit, many American politicians are exaggerating China’s power. But China is not about to replace the United States as the world’s largest power for decades to come.

The United States has been the world’s largest economy since the end of the 19th century. Many economists expect China to pass the United States as the world’s largest economy (measured in dollars), but the estimated date varies from 2030 to 2050 depending on assumptions about the slowing rate of Chinese growth. Even if China someday passes the United States in total economic size, that is not the only measure of geopolitical importance. Power—the ability to influence others to get what you want—has three aspects: coercion, payment and the soft power of attraction. Economic might is just part of the geopolitical equation, and even in economic power, China will still lag in per capita income (a measure of the sophistication of an economy). In addition, China lags behind the United States in military and soft-power indices. Our military spending is four times that of China, and a recent soft-power index published by Portland, a London consultancy, ranks China in 30th place, while the United States is ranked third.

If we define “the American century” as the period since World War II when the United States—without full control—became the central actor in the global balance of power, that is likely to remain true in 2041, the centennial of when Henry Luce first proclaimed the term. Despite our various problems, the United States is the only major developed country that will hold its place (third) in the demographic ranking of countries, rather than shrinking in population or being overtaken by other countries. Our dependence on imported energy has decreased; we remain in the forefront in development of key technologies (bio, nano, information) that are central to this century’s economic growth; American universities dominate in the area of higher education; and our culture remains open and entrepreneurial. It’s going to take decades for other countries to wrest leadership on those issues from the United States.

Leadership has never meant full control of world politics. There has always been a lot of fiction mixed with the facts about the American century. The peak of America’s share of world power resources was from 1945—when the U.S. had nearly half the world economy—to 1970, when the U.S. share of world product returned to its prewar level of a quarter of the world product. Yet even during this period of peak influence, the United States often failed to get what it wanted: Witness Soviet acquisition of nuclear weapons; communist takeovers of China and Vietnam; stalemate in the Korean War; and Soviet suppression of the revolts in Hungary and Czechoslovakia.

Today, on the key new transnational issues—financial stability, climate change, pandemics, terrorism and cyber strife—we are not in complete control. Achieving our goals in the 21st century will require the cooperation of other nations, both friendly and not. In this world, networks and connectedness become an important source of power, and no country is the center of more networks and alliances than the United States.

Contrary to those who proclaim this the “Chinese century,” we have not entered a “post-American world.” Of course, the continuation of the American century will not look like the 20th century. Our share of the world economy will be less than it was in the middle of the past century, and the complexity represented by the rise of other countries—as well as the increased role of nonstate actors—will make it more difficult for anyone to wield influence and organize action. But no other country—including China—is about to replace us. Europe lacks unity; Russia is in decline; India and Brazil remain developing countries. Americans should stop talking and worrying about “decline,” a fear that mixes many different trends and leads to mistaken policy conclusions. Instead, we should face the fact that we will be the largest country and will have to lead for decades to come.

Joseph S. Nye Jr. is a professor at Harvard University and author most recently of Is the American Century Over? You can follow him on Twitter: @Joe_Nye.