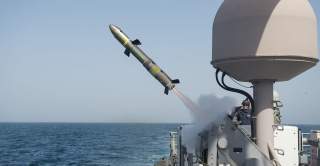 Perceptions of contemporary security and defense have to align with the costs associated with rebel attacks, the current economic climate, and the idea that abstaining from the purchase of a single $1-1.5 million cruise missile would enable the United States and others to purchase less-technologically sophisticated alternatives capable of achieving near-similar ends.

We have to remember that supporting our capacity to strike at anyone and anything at anytime and anyplace without human losses has its own costs. It will not be a matter of how much we have to pay, but rather, or how long will we be able to afford it. In this, former U.S. president Dwight D. Eisenhower, a military man himself who served as Supreme Commander of the Allied Forces in Europe, was right when he stated that: “We will bankrupt ourselves in the vain search for absolute security.”

The debate about national security and military effectiveness should not be solely conducted within the existent framework. Economic perception and reality must be discussed too.