The Best Foreign-Policy Approach for America Is... 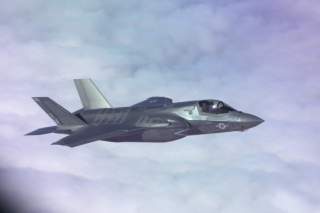 Americans typically vote on economic issues. But they can’t escape the world. Foreign policy has a way of unexpectedly intruding in people’s lives. Unfortunately, Washington’s actions abroad affect the size and power of Washington at home. “War is the health of the state,” declared social critic Randolph Bourne. The more active America’s foreign policy, the more the United States has to spend on the military: the “defense” budget is the price of Washington’s foreign policy. American military personnel and contractors die. Enemies are created, some of whom become terrorists. A national security state develops. In the end, war is the biggest big government program.

Thus, Americans committed to limited government and individual liberty should support a foreign policy based on humility and restraint. There always will be arguments over details, but an imperial foreign policy like that followed by the United States today inevitably inflates, and indeed, requires, a Leviathan state.

Nor should anyone who understands government—libertarians, classical liberals, public choice economists, and general realists—believe the American state to be capable of competently fulfilling the more expansive foreign policy objectives commonly assigned to it. At times war is an unfortunate necessity, and government must rain down death and destruction on anyone seeking to harm America or Americans. Far more often, however, policymakers turn the military into just another government tool intended to achieve complicated ends that often aren’t even important, let alone vital. Attempts at so-called humanitarian intervention and nation-building, for instance, almost always turn out badly, even disastrously.

Yet domestic warrior wannabes often are not alone in promoting America’s warfare state. So do foreign classical liberals who campaign in their home countries for market-friendly policies, responsible spending practices, and limitations on state power. While these intellectuals and activists sometimes look a lot like U.S. Tea Party activists in promoting smaller governments, many of them expect the American state, or at least the Pentagon, to be large. Not just big, but big enough to defend their nations from all comers.

This sentiment has grown particularly pronounced with the rise of Russia’s Vladimir Putin. It is granted that the Russian president has unpleasant objectives that leave neighboring states feeling uncomfortable, to say the least. A number “liberals” (as Europeans typically call what Americans are more likely to term “libertarians”) in those countries believe it is America’s job to protect their nations, even, conceivably, if doing so would mean war. Some appear almost mystified when their ideological compatriots in the United States object. For an American classical liberal, confronting a nuclear-armed power over issues which the latter views as vital but which matter little to America would be foolish, even improper, a violation of the federal government’s responsibility for the “common defense” of this nation and its people.

Foreign policy, which ultimately controls the use of military force, ought to be uniquely national, practical, and circumstantial.

First, it makes no sense to speak of a transnational approach to international relations. The world’s people are organized in nation states. Individual countries might choose to submit some of their decisions to treaties or organizations, but do so based on an individual assessment that their citizens gain more than they lose from the process. Foreign policies of nations naturally will differ. Even transporting the same politicians from one country to another would yield different approaches to international affairs, since states’ interests vary.

Second, foreign policy is eminently practical. The broad objective is simple: advance the interests of one’s nation. Philosophical principles might affect the means used. For instance, all liberals should reject aggressive war. However, ideology cannot determine what actually will succeed in effecting a particular end in a particular situation. Ultimately, what matters most is what works. Equally important is learning what won’t advance one’s goals, or, would in fact, would actively impede them.

Third, foreign policy is circumstantial. That is, it depends on the particular facts. Thus, appropriate policy not only should vary based on such factors as location, neighbors, wealth, population, culture, and history, but also may change over time. Americans had one set of abilities, interests, and objectives during the Revolutionary War, but very different sets as Europe careened off into war twice last century and as the Cold War later concluded. U.S. foreign policy should look different each time.

Taking these factors into account, Washington should act on behalf of the American people. Other nations might benefit incidentally, but their welfare should be of concern to the United States only as their situation affects America. The fact that Moscow, for instance, is beating up Georgia or Ukraine matters in a geopolitical sense only insofar as those actions threaten the United States. And they don’t.

Until a quarter century ago, Americans lived in a world in which Moscow ruled both Georgia and Ukraine. Americans didn’t notice. While the two states were termed “captive nations” during the Cold War, no one in the United States seriously advocated forcibly liberating them. There is much bad in the world, but most of it has little impact on America. In fact, one of the benefits of living in the world’s sole superpower is being insulated from many of the world’s problems. Initiating hostilities against a nuclear-armed power sensitive to its borders would create far more geopolitical dangers than it would resolve.

Admittedly, sometimes the discussion can seem cold-blooded. Foreign actions are of little impact of concern. Other powers should not be confronted, even if their behavior is odious. The United States should stay out of regions of vital interest to other states. Spheres of influence should be recognized—after all, America insists that most of the globe is its own sphere of influence. This might sound ugly, but the most important duty of the U.S. government and purpose of U.S. foreign policy is to serve the American people. Washington should temper its actions—the means of policy—based on moral principles. But the purpose of the American state is to protect the lives, liberties, territory, property, and prosperity of Americans, not undertake grand crusades on behalf of others.

There obviously are humanitarian issues of concern to all, but they usually offer a terrible justification for intervention and war. Washington’s highest priority is to Americans, yet going to war almost always results in costly, and usually deadly, unintended consequences. Even in the best of circumstances, war is not much of a humanitarian tool. The debacle in Iraq demonstrated how initiating war allegedly to do good was a costly means of doing much bad, to not only Americans but to other peoples.

Yet Paris had no obligation to intervene on the colonies’ behalf. Having decided to intervene—to advance its own perceived interests—France need not have initiated direct hostilities against Britain. And history suggests that the decision was a mistake for Paris. France ultimately lost the conflict, despite the fact Americans won their independence. Worse, the debts incurred contributed to the enervation of the French government and success of the French Revolution, which overthrew the monarchy, wiped out the aristocracy, triggered successively more tyrannical regimes, enabled Napoleon’s dictatorial rise, and set off years of murderous conflict. America’s gain was France’s and Europe’s loss.

There’s nothing wrong with liberals in other nations hoping for Washington to put their homelands’ interests before that of Americans. But other peoples shouldn’t expect that result. They certainly shouldn’t complain if American liberals choose national interest over philosophical comity and oppose foreign intervention. An American who believes in limited state power should oppose expanding the colossus in Washington in order to threaten foreign wars which have nothing to do with defending the United States. It may be tragic that, say, Georgia and Ukraine sit in bad neighborhoods. There is no reason, however, for Americans to share that tragedy.

Many modern American conservatives favor war as a matter of principle. Their rhetoric on behalf of limited government is just that: rhetoric. Their more fundamental commitment is to Washington’s utopian role as global social engineer. Today these conservatives often join with foreign liberals who believe in a constrained state—except when it comes to America’s military, which they want to act as bodyguard for foreign nations.

However, classical liberals in this nation who genuinely believe in individual liberty and a smaller state should disagree, and instead promote peace whenever possible. Contrary to the fevered rhetoric of the perpetual war lobby in Washington, living in the world’s most powerful nation actually makes peace more possible. While the world is a messy place, most of its problems don’t much matter to the United States. At least as long as U.S. authorities do not make every other nations’ conflicts America’s own.