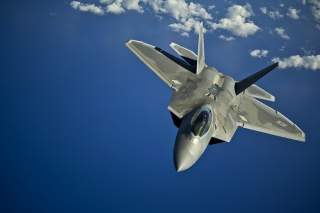 The Obama administration claims that it has a strategy to defeat ISIS. It does not. The forces of this most radical of Islamist groups continue to grow, even as it becomes increasingly entrenched in the large swath of Iraqi and Syrian territory that it now governs. It can survive bombings—so did the Vietnamese in their war with the United States—and it faces no serious threat on the ground.

There is little point in training the Iraqi army to defeat ISIS. A decade of intensive American and Western training did not yield a real fighting force. The Iraqi Army proved to be a sham. It showed its true colors when its commanders absconded as soon as they confronted the ISIS forces, while its men tore off their uniforms and left their equipment behind for ISIS to scoop up.

The only real Iraqi fighting force is the Kurdish peshmerga, which, until ISIS gave it no choice, Washington had refused to arm for nearly two decades, and which is not really Iraqi at all. But the Kurds have no desire to fight ISIS beyond what they consider to be their historic lands. They certainly have no incentive to help restore the administration's foolish "one Iraq" policy that for years discouraged increased Kurdish autonomy and simply strengthened the hand of the imperious Nouri al-Maliki.

The administration's “strategy” for arming the Syrian moderates is no more realistic. Perhaps the majority of Syrian rebels were moderates a few years ago. They no longer are today. ISIS is the strongest opposition group in Syria, and it is systematically routing all its Sunni opponents, especially the poorly coordinated, poorly led Free Syrian Army (FSA). Why this ragtag force, which has failed to overthrow Bashar Assad for the past several years, should be more trainable than the Iraqi Army is a question that the administration has never addressed. Nor has it explained why, after refusing to arm the FSA since the onset of the rebellion against Assad, it now finds the Free Syrians to be a suitable recipient of American weaponry.

The administration has denied seeking forces from other states to fight ISIS on land. Whether those denials are genuine, or whether Washington is privately soliciting those forces, is of no consequence. It will not get anyone to contribute forces if it does not deploy large numbers of its own troops.

The administration rightly rejects doing so, however. It recognizes that short of dispatching a force of hundreds of thousands of troops to Iraq, and for that matter, to Syria, a small number of “boots on the ground,” even if those boots are worn by Special Forces, will make little difference. Americans are no longer welcome in Iraq, if they ever really were after 2004. Their presence will simply be a recruiting tool for ISIS.

Americans would be even less welcome in Syria. They could find themselves fighting a two-, or even three-front war against Assad's forces, ISIS and al-Nusra.

Air power would certainly limit ISIS’ territorial gains. It will not "defeat and destroy" ISIS, however, much as President Obama might wish it would. Air power has never by itself brought about victory. It has always been accompanied by fighters on the ground. There are no real fighters for air power to support in Iraq and Syria, other than the peshmerga, who will not venture beyond their own territory.

What, then, should be administration policy and strategy? Essentially, it should be one of containment, ensuring that ISIS is stopped in its tracks. That does mean continuing to use airpower to support the peshmerga. It also means continuing to arm the peshmerga, even if doing so risks accelerating the momentum towards Kurdish independence.

The Kurdistan Regional Government (KRG) shares a boundary with ISIS that is some sixty-five times longer than its mere twenty-odd kilometer boundary with Iraq. Unless ISIS disappears overnight—which it won't—Baghdad will have little leverage over Erbil, unless the United States chooses to support that leverage, for example, by continuing to undermine the export of Kurdish oil. Better that Washington should foster an economically and militarily strong Kurdistan as a bulwark against further ISIS expansion northward.

At the same time, Washington should increase its military and economic assistance to Jordan, to prevent ISIS from expanding westward. With regards to Syria, the initial attacks on ISIS facilities and other targets are a good start, but the United States should make every effort not to threaten Assad's forces. It would be better to let Assad and ISIS battle it out, which can only result in weakening them both.

Finally, it is high time that the administration played hardball with Qatar and Turkey. Tiny Qatar has been pursuing a two-faced policy, hosting American forces while supporting ISIS. Washington can live without its bases in Qatar; it can move its forces to the United Arab Emirates. The threatened withdrawal of those forces would send a message to the ruling al-Thani family that Qatar must choose between ISIS and the West; that it cut off private funding of ISIS (nothing is really private in Qatar); and that it terminate al-Jazeera's positive coverage of ISIS.

Washington should also stop treating Turkey with kid gloves. Given the latest spate of Russian activism on the periphery of the Black Sea, Ankara needs the United States every bit as much as Washington needs Turkey. For a while, Turkey thought it could steer a foreign-policy course that aligned it more closely to its Middle Eastern neighbors. That policy, which included closer ties to Syria, is now in shambles. Now is the time to make clear to the Turks that actions such as refusing the American military overflight rights could result in a loosening of American economic ties to Turkey.

Containment will not destroy ISIS; that is a task that only the people of the region can accomplish. But containment will buy time: time for a revolt by those whom ISIS nominally governs, but actually holds captive and time for ISIS itself to implode. Containment will not satisfy the testosterone-driven urgings of those who wish once more to commit land forces to Iraq, nor will it satisfy the squeamish whose impulse is to do nothing. But unlike either of these approaches, it might actually help restore a modicum of stability to that troubled, tortured and tumultuous region that the world knows as the Middle East.