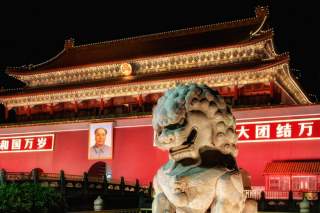 In a surprising—indeed, extraordinary—development in cross-Strait relations, Chinese President Xi Jinping will meet with his counterpart from Taiwan, Ma Ying-jeou, in Singapore on Saturday. According to an announcement by the Presidential Office in Taiwan, the two leaders will not sign any agreements, issue any joint statements or hold a joint press conference. The statement adds that the agenda and purpose of the meeting is yet to be settled. Although Singapore is acting as middleman, as it has in the past, it was surely initiated by the Chinese side—which has plenty of motivation these days to seek Taiwan’s attention.

President Ma has made no secret of his longstanding desire to meet with his PRC counterpart, but he does not have the power to call President Xi to an ad hoc meeting. The delay in releasing the agenda suggests that it was hastily arranged. Presumably, Taiwan’s Mainland Affairs Council and Ministry of Foreign Affairs are scrambling to find the best way to finesse the issue of Ma’s status: since the PRC does not countenance any actions that could be construed as endorsing the existence of “two Chinas,” Ma will not be attending as the eleventh President of the Republic of China, his official title. Any diminution or perceived acceptance of slight will not go down well with a Taiwanese public that has long since turned against the outgoing Ma’s two-term embrace of China, a stance many say was to Taiwan’s detriment.

No doubt the Presidential Office, and not least Ma’s Kuomintang party (KMT), are thinking how to frame the visit, as the KMT’s presidential nominees—the officially elected candidate was dropped last week in favor of the current chairman, the reluctant Eric Chu—are trailing Tsai Ing-wen of the Democratic Progressive Party (DPP) by double digits.

Trust in Ma and his eight-year project to bring Taiwan and China closer together hit rock bottom in the spring of last year, when he attempted to railroad a trade bill through the legislature, only to be called out by students who proceeded to occupy government buildings for three weeks. The Sunflower student movement, itself the culmination of diverse youth-led social movements against a range of government policies, marked a nadir from which the Ma administration hasn’t recovered. The KMT suffered historic landslide losses in local elections last November, handing the DPP the political initiative.

The timing of the Xi-Ma meeting is obviously connected to the KMT’s poor prospects for Taiwan’s upcoming presidential and legislative elections in January. Analyst J. Michael Cole described it as a curveball. A different sporting metaphor might be the Hail Mary pass: it strikes of desperation, and it is too little too late.

Ma needed concessions from China several years ago, when he was still positioned to make a positive case for closer relations. Today, the majority of Taiwanese are disillusioned by the failure of Ma’s economic integration policies, and many are suspicious of his motives. I do not subscribe to the widely held idea that Ma is hell-bent on “selling Taiwan out,” but the strength of Ma’s emphasis on Chinese culture and the Chinese nation, to the exclusion of Taiwanese culture and the Taiwanese nation, has been remarkable and is quite of out of sync with mainstream public attitudes.

Ma is also symptomatic of a major problem in the upper levels of the ruling party, where powerful gerontocrats and their princelings hold sway. Their business interests in China make their preferences vastly different to regular people. This is a 1-percent problem, multiplied by the China factor: being a president and party associated with the 1 percent and unification is not the way to win over Taiwanese voters.

My initial reaction to the announcement is that the Xi-Ma meeting is an obvious attempt by the PRC to try to help the KMT burnish its claim as the party that has a proven platform and ability to deal with China. It will, no doubt, be accompanied by KMT attacks on the DPP’s China policy. However, unlike in previous campaigns, the DPP candidate has assiduously staked out her defense of “the status quo”, a position that the Presidential Office statement says underpins the Xi-Ma meeting. After a concerted intellectual effort since Tsai’s nebulous “Taiwan consensus” had a hand in her 2012 presidential loss, the DPP is immune to easy attacks on its China policy.

The meeting itself is very unlikely to yield any breakthroughs in cross-Strait relations, although for Ma it is a long sought after personal triumph, and the likelihood of it backfiring for the KMT is high. The likely backlash from suspicious Taiwanese voters makes this a desperate measure for desperate times. Clearly, the PRC has got the message that the KMT and Ma's unification project are in dire straits. But calling the meeting now is not without risk for the PRC: Chinese attempts to influence Taiwan's elections have invariably backfired. Two months before Taiwanese go to the polls, a historic meeting—an unprecedented carrot for Taiwan—seems like an attempt to alter the course of the elections.

The hasty timing, smelling of desperation, is understandable. With the disastrous candidate Hung Hsiu-Chu, an advocate of even faster and deeper integration leading to unification, polls suggested that the KMT might not only lose the presidency and a legislative majority for the first time in history (in concert with allies), but even struggle to win enough seats to keep the DPP from making constitutional amendments. Finally acting after months of indecision, the KMT bent its own rules to retract Hung in favour of Chairman Eric Chu. Chu, not long ago the KMT’s rising star, has also lost his luster. His closeness to President Ma in terms of policy (despite a more local veneer) is now matched with suspicions of similar personality failings: arrogance, aloofness, indecisiveness.

Chu may be able to prevent the total collapse of the KMT’s legislative vote, simply by stemming the inevitable sense of disaster and giving a psychological boost to candidates and boosters. But he will not make much difference in the presidential race, where Tsai has staked out her claim to uphold the status quo in relations with China (a position supported by the vast majority of Taiwanese) and occupies the high ground in a campaign that is likely to be centered on economic inequality and redistribution.

Having overplayed the China card, and losing much of its former reputation as a steward of generalized economic growth in the process, the KMT has virtually nothing to hang its hat on. Prior to today’s Xi-Ma announcement, the KMT’s only viable strategy was to invest its superior resources in an all-out attack and hope that Tsai has skeletons in her closet—even though Tsai appears to be squeaky clean.

With a summit meeting, perhaps the CCP and KMT are hoping that Taiwanese voters will change their minds and give the KMT another chance. Another possibility is that the two sides will come to an arrangement that will “lock in” the direction of cross-Strait relations, regardless of who wins in January. In my view, that is unlikely. Outside the rhetorical arena, there is not much to which Ma can commit Taiwan unilaterally that would eventually have to pass the legislature, and being seen to “do a deal” would surely hand the DPP a legislative majority on a plate.

But across many decades, when the KMT held sway under one-party rule, many Taiwanese suspected and feared the CCP and KMT would make a private deal to lock in Taiwan's future. These fears reached a high point in 1993, the first time that Singapore acted as matchmaker in 1993 for the famous Koo-Wang talks.

Then, representatives of the two parties met for the first time since the civil war. On Saturday, the two heads of state will meet for the first time. The first meeting was historic, but it failed to prevent the political winds in Taiwan from moving away from China. The upcoming meeting will likely have the same fate.

Jonathan Sullivan is Associate Professor of contemporary China Studies at the University of Nottingham.