The Big Cost of Success: The Rise and Ultimate Fall of ISIS 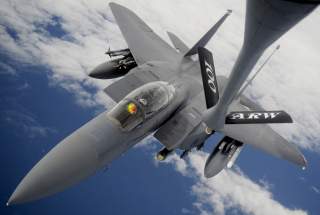 In the last year, ISIS has expanded its influence in Syria and Iraq with shocking ferocity and speed. In its rampage, the organization has wrested town after town from a seemingly paralyzed Iraqi military. Worse, ISIS has coupled its military successes with remarkably adept propaganda. It has pumped its extremist ideology into the dark corners of the Internet, even as it broadcasts calculated brutality in order to strike fear into the hearts of its enemies. And in late June, it declared the establishment of a new caliphate and installed ISIS leader Abu Bakr al-Baghdadi as its caliph. In just one short year, the Islamic State has become a jihadist colossus.

But this colossus has clay feet. From the start, the Islamic State’s strategy has contained the seeds of its own undoing. ISIS was able to leverage the scale of its ambition—its goal of establishing a caliphate—into publicity, financing and recruits. Although it achieved stunning military victories with these resources, it has now provoked American intervention. ISIS will no longer be able to seize new cities or, indeed, continue holding much of the territory it currently controls in the face of American airpower backed up by local partners. And absent the ability to expand or even retain its territory, ISIS will lose one of the primary engines of its rise: its ambition to statehood.

In short, the Islamic State has painted itself into a corner. The strategy that once propelled ISIS to the heights of success will become the source of its downfall.

The Cost of Statehood

In many respects, the Islamic State differs from traditional extremist groups. It aspires to be more than just a shadowy jihadist network—it wants to rule. In large part, it has succeeded. Depending on the metric used, it now reigns over millions of people and controls tens of thousands of square miles (some say more than the entire United Kingdom). This success has resulted in part from its statehood-oriented strategy. The Islamic State sent shockwaves throughout the jihadist community when it declared its caliphate. Since then, its profile has skyrocketed, opening the door to additional fighters and financing.

But statehood comes at a price. By creating a caliphate, ISIS has also created a new vulnerability for itself: it has become governor of a territory encompassing millions. Its statehood has brought it fame, funding and foreign fighters, but it has also established fixed assets that the United States and its allies can easily hold at risk. It is hard for the United States to pin down shifting and elusive people-based networks like Al Qaeda; it is much easier to target the infrastructure and operations of a territorial government. More importantly, ISIS has tied its internal legitimacy to territory. Without a state, the Islamic State is nothing—or at least nothing that would separate it from the run-of-the-mill jihadist groups and entitle it to greater publicity and resources. In order for the Islamic State to remain influential, then, it must retain its control over vast tracts of Syria and Iraq.

This objective is becoming increasingly difficult in the face of the coalition’s campaign. The American strategy is premised on loosening ISIS’s grip on its territorial conquests, so it is aimed at striking the State’s Achilles’ heel. As ISIS hemorrhages territory, it will lose far more than its access to resources—it will lose the legitimacy that supported its rise in the first place. And as its caliphate shrinks, its fighters will be increasingly disillusioned and incentivized to desert, rather than find themselves exposed to advancing forces without any territory on which to fall back.

As a result, the Islamic State is far more fragile than many commentators believe. It is a dangerous opponent, but it has built its power base on pillars of sand.

American Airpower and the End of ISIS’ Conquests

The Islamic State has expanded its territorial control through the jihadist equivalent of blitzkrieg: its fighters raced from one town to the next, catching Iraqi unit after Iraqi unit off-balance as ISIS continued to carve out ever-greater swaths of the country for its new caliphate. This strategy has served ISIS well, but only because the Islamic State has faced little opposition to its rapid advances across the desert.

The introduction of American airpower inverts ISIS’ odds, however, because the United States will be able to easily destroy any ISIS forces caught out in the open. Unlike, say, the jungles of Vietnam, the deserts of the Middle East leave mechanized forces totally exposed to aerial bombardment. Indeed, the Iraqi Army found itself caught in an analogous position during the First Gulf War. The result was a military catastrophe that culminated in the notorious “Highway of Death” when American forces decimated Saddam Hussein’s retreating ranks as they drove north out of Kuwait. Likewise, ISIS will face considerable—if not insurmountable—difficulties in any attempt to conquer new territory through the use of conventional mechanized forces.

To be sure, American airpower does not work in a vacuum: it requires reliable intelligence about the location of potential targets. The United States can gather some of this information remotely, but in order to launch a truly devastating aerial campaign, it also needs direct, on-the-ground sources.

Washington is learning this lesson right now as ISIS fights to raise its black flag above the town of Kobani, in northern Syria near the Turkish border. Recently, the United States struggled to staunch the flow of advancing militants. For many, it seemed like it might be too little, too late, and American officials blamed the shortage of on-the-ground intelligence for the setbacks. But in recent days, the United States has been able to ramp up its aerial campaign and deal a significant blow to ISIS, in large part because it has begun working with Kobani’s Kurds to pinpoint specific targets.

While Kobani’s fate remains cloudy as of this writing, the lesson is clear: for the moment, the United States may lack the local resources necessary to operate at peak performance, giving the Islamic State a free pass on the movement of its forces (especially in small groups). But ISIS should be worried. A key component of the American strategy is cultivating local connections and weaving them into its larger command-and-control infrastructure. In time, expect Washington’s vision of the region to clear up. Once it does, any ISIS fighters caught in the open desert will shortly find themselves at the mercy of American airpower.

The Lost Option of Urban Insurgency

If ISIS intends to grow its fiefdom, then, it will have little choice other than to adopt an urban guerrilla strategy of the sort that assailed the United States during its last major regional involvement. Ironically, however, the Islamic State has already nullified that option through its medieval bloodthirstiness.

As Chairman Mao recognized, guerrillas must swim in the people as fish swim in the sea. This mantra has been the touchstone for practically every successful insurgency: without the support of the people, guerrillas are quickly identified and neutralized.

Once upon a time, the Islamic State enjoyed a tide of popular support. When ISIS swept through Iraq this summer, it was met with either studied neutrality or outright support from the region’s disaffected Sunni tribes. Dissatisfied with then prime minister al-Maliki’s favoritism toward Shiites, many Sunni tribes mistook the Islamic State for a fellow traveler—co-religionists inflamed by the same resentment toward Baghdad who could help them achieve greater respect and autonomy.

Since then, ISIS has squandered its soft power in the region. Its ruthless tactics have alienated fellow Muslims, and the barbaric rules the State imposes bear little resemblance to those associated with traditional Islam. Its trademarks have become infamous: execution of hostages and prisoners, mass sexual slavery, ethnic cleansing, child soldiers and torture. As the UN High Commissioner for Human Rights summarized, the Islamic State is erecting “a house of blood.”

While it continues to attract foreign fighters and disaffected locals, whatever local popular support the Islamic State once enjoyed is now long gone. As a result, no matter how much the Sunni tribes distrust the central Iraqi government, they find its rule more palatable than that of the caliphate. In this respect, Prime Minister al-Maliki’s ouster was timely—it has helped create the political space necessary for Sunni tribes to be able to move away from ISIS and toward Baghdad.

Although the Islamic State’s savagery has benefitted it in the past, it has now short-circuited any attempt to launch an urban insurgency against the Iraqi state. Of course, the organization will be able to launch the occasional terrorist attack in Iraqi cities outside of its control, and perhaps even to undertake more ambitious assaults abroad. But without the support of local populations, ISIS cannot hope to fold any new towns or cities into its dominion. Unable to take cover among the people in alleys and bazaars, ISIS fighters will be picked off in the open by warplanes and drones.

Without shelter in the cities or desert, ISIS will quickly find its expansionist momentum blunted. At most, the Islamic State can hope to repel external attacks as it consolidates control over existing territory. Here again, though, the organization is more frail than many suspect: although the United States will need time to strengthen the capacity of local fighters, it will likely be able to roll ISIS back in the longer term.