The Blueprint: How Russia and Ukraine Can Move Forward 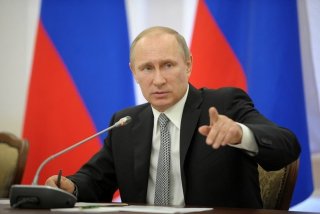 “The Ukrainian question is one of the most dangerous questions facing us in the future,” wrote Alexander Solzhenitsyn, who spent years suffering alongside Ukrainian campmates in the Bolshevik Gulag. He penned these prescient words in 1981, a full decade before both Russians and Ukrainians would throw off the yoke of Soviet totalitarianism and establish two independent states side by side.

Yet the peace and relative harmony in which these two states coexisted since 1991 has collapsed in a matter of months into a state of mutual hostility and distrust not seen since the darkest days of World War II. In March, Russia blatantly seized, occupied and annexed Ukraine’s Crimean peninsula. Since then, Russian agents have provided moral and material support for an ongoing, bloody separatist insurgency in southeastern Ukraine which threatens to undermine the national reconciliation so urgently needed following the country’s May 25 presidential election.

Despite these grievous assaults on Ukraine’s security and sovereignty, the two states cannot afford to continue confrontation much longer. Ukraine has lost not only territory, citizens, assets and infrastructure, but has suffered an economic contraction approaching that of the 2009 crisis. The costs for Russia are not yet fully known, but it is likely that the Crimea annexation has forever spoiled the prospects for Putin’s vaunted Eurasian integration project, while most analysts predict the combined impact of Western sanctions and lost market confidence will wipe out all growth this year and possibly next.

Fortunately, even in the midst of continuing high tensions, there are some signs of an emerging modus vivendi that could restore a semblance of normalcy to relations between Kyiv and Moscow—and as importantly, between Ukrainian and Russian societies at large.

Vladimir Putin’s recent expressions of support for the Ukrainian presidential election and his indication that he would be prepared to work with President-elect Petro Poroshenko suggest that if a deal has not already been cut, it may be in the offing. Both leaders now enjoy extremely high personal approval ratings with their respective populations, and thus have an opportunity to end the conflict on terms that will continue to benefit each of them politically.

In the short term, a Putin-Poroshenko deal would most likely entail Ukraine’s promises to settle its debts with Gazprom, not to seize Russian assets in Ukraine as compensation for Crimea, and to include Russian representation in any future negotiations on constitutional reform. From the Russian side, Putin need not offer much except to withhold further material support for the separatists in the southeast, keep the gas flowing, and refrain from new provocations during this extremely sensitive period in Ukraine’s domestic politics.

Though in the longer term, Russia and Ukraine will have to negotiate about “redline” issues, like Ukraine’s ties with the EU and NATO, as well as the sensitive question of decentralization of state power, including on trade and security issues. At the moment, there is insufficient trust between Moscow and Kyiv to achieve any worthwhile agreements on those points.

Crimea will also remain a sore spot for the foreseeable future. Russia is not likely to give ground on its illegal annexation, and Ukraine will enjoy the support of most of the international community in keeping up persistent pressure on this issue. Yet in the longer term, it may be possible to find an accommodation on Crimea that serves both sides’ core interests, such as a special economic zone and free-travel status akin to that which NATO/EU members Poland and Lithuania have granted to the Russian enclave of Kaliningrad, which like Crimea, is home base to a Russian naval fleet.

Although analysts have interpreted the recent gas deal between Russia and China primarily as a setback for Western efforts to pressure Russia through economic sanctions, there may be a silver lining for Ukraine. With a major alternative market for Russian gas now under development, Ukraine’s efforts to increase its own energy efficiency and lessen dependency on Russian gas may be perceived as less threatening to Moscow’s vital economic interests. Over the next decade, demand for Russian gas in the East could become the key to greater energy security in the West.

Speaking of the West, relations between Russia and Ukraine are invariably influenced by European and American policies. Therefore, it is vitally important that Washington and Brussels avoid defining Ukraine’s success in terms of defeating Russia. Instead, the West should play the long game with Kyiv, providing “tough love” that exploits the current government’s dependency on Western loans to extract concrete progress on institutional reforms that no previous Ukrainian leadership has been willing or able to deliver. At the same time, positive incentives for such progress should be clear, including readiness to move quickly on free trade and travel with both the EU and the United States.

Promoting reform in Ukraine and fostering Russian-Ukrainian reconciliation will be challenging, to say the least. But the stakes are high for all sides, and the latest developments may present a window of opportunity.

Looking ahead, leaders on all sides would do well to heed Solzhenitsyn’s words: “I wish Ukrainians happiness from the bottom of my heart, and I would like us to jointly, without enmity, properly settle the accursed question. . . . It will be very difficult to guide this conversation to a sensible haven, but whatever voice and weight I have, I shall apply it to this end.”

Matthew Rojansky is the director of the Kennan Institute at the Wilson Center. Follow him on Twitter: @MatthewRojansky.