The Border-Adjusted Tax Plan Is Bad for America 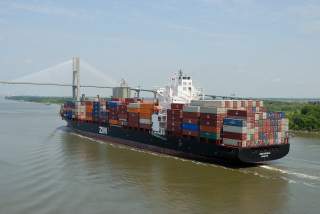 Sometimes it seems economic headlines rise and fall in inverse proportion to the importance of the subject matter. The media, for instance, made a big flap when Trump withdrew the country from the Trans-Pacific Partnership trade deal, even though the treaty had never gone into effect, was declared dead late last year and changed reality not a whit. The fuss over the border wall with Mexico and a canceled state visit by Mexico’s president dealt with more substance than the death of TPP, though the wall, and even the floated and then retracted idea of a 20 percent tax on Mexican imports, will have to wait on Congress. Meanwhile, few headline writers seemed to notice when Trump threatened a promised growth revival by expressing approval of a Congressional Republican proposal for a border-adjusted tax to replace his own, much more effective, corporate tax reform.

The proposal that seems to have distracted Trump and his team is presumably designed to encourage exporting and discourage importing. It would replace the current corporate tax code with a flat tax on all imports and domestic sales, but offer a break on any products leaving the country for sale overseas. In many respects, it is an answer to the effect of value-added taxes that prevail in most of the rest of the world. These taxes allow other nations to tax all products and services sold within a country, but rebate the expense for exporters. This seeming export subsidy has passed muster with the World Trade Organization and, in the eyes of some, has put the United States, which has no value-added taxes, at an export disadvantage to competing nations.

The border-adjusted tax scheme would seem to answer that disadvantage. It was first proposed by Sen. Ted Cruz during the Republican primaries and has since gained considerable Republican support in the new Congress, presumably because the U.S. trade deficit has become a very fashionable focal point. In particular, it has the support of House Ways and Means Committee chairman Rep. Kevin Brady, of Texas. Brady has made clear that border adjustability will remain in any tax legislation going forward. Trump initially rejected the idea as too complex, but in recent discussions between the White House and House Speaker Paul Ryan, Trump’s team seems to have warmed to the proposal.

This scheme is certainly superior to the current U.S. corporate tax code. It would be hard to devise an inferior code. Current U.S. tax law is incredibly complex, inequitable and inefficient. It imposes a statutory tax rate of 35 percent, the highest in the developed world, and combines it with the bewildering array of tax breaks and credits that unfairly help some businesses at the expense of others, that distract business decisionmaking toward tax instead of economic considerations, and that, in the process, render U.S. business less competitive and stymie economic growth.

But if the border tax proposal is better than this, then it is far inferior to Trump’s original reform plan. There, he took his cue from proposals that have emerged on both sides of the aisle over the years. He had proposed to cut the statutory rate to 15 percent and make up the revenue difference by eliminating all the breaks in the code. By equitably lowering the tax burden and ridding the code of those distorting breaks, his plan would remove Washington, DC entirely from business decisionmaking. In fact, his plan would make U.S. industry more efficient, more competitive and, in so doing, improve the economy’s growth prospects.

The border tax, though it might improve on the current code, would fall far short of the original Trump proposal by pointedly introducing its own Washington-based distortion. However popular its anti-import, pro-export bias, it would nonetheless retain inequities and anyway work contrary to how people think it might work. It would certainly impose its greatest burden on American households. Because this country imports about eight million barrels of oil a day, the scheme would, according to industry analysts, add about 30 cents to the price of a gallon of gasoline. Since about 95 percent of the shoes and clothing in this country comes from abroad, the scheme would raise living costs for most Americans. It could also inadvertently hurt exporters. Take, for example, an exporter who uses some imported parts. The original Trump plan would have allowed that firm to make the most cost-effective choice. The border tax, however, by burdening those imports, might well render the firm’s overall export product uncompetitive, forcing cutbacks and layoffs.

Aware of these inequalities and distortions and their threat to the economy’s growth potential, economists promoting the border-adjusted tax have made light of the effects. They have, in fact, argued that the tax would push up the value of the dollar on foreign exchange markets, reducing the cost of foreign goods to American households, and so easing the burden of the tax on households. Of course, such a currency move, by raising the global price of American-made goods, would also remove the advantage of the tax break to exporters. It is strange indeed to argue for a policy by explaining how market adjustments will offset its effects.

If this proposal would offer an improvement on the current code, that does not say much. It would certainly offer a poor substitute for Trump’s original, less intrusive plan for corporate tax reform. And it would be a shame at this juncture to distract lawmakers from passing truly efficient reforms that for years have seen bipartisan endorsements, and focus them instead on a second-best proposal that offers less efficiency, less equity and considerably less promise of faster economic growth.

Mr. Ezrati is a contributing editor at the National Interest, an affiliate of the Center for the Study of Human Capital at the University at Buffalo (SUNY), and recently joined Vested as its chief economist. His most recent book, Thirty Tomorrows, describing how the world can cope with the challenges of aging demographics, was recently released by Thomas Dunne Books of Saint Martin’s Press.