On the Brink of a U.S.-China Nuclear Arms Race 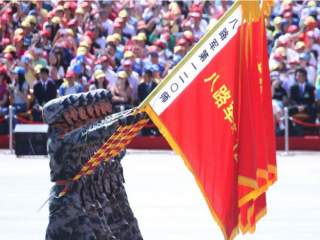 North Korea’s recent nuclear test has brought prominence to China-U.S. nuclear relations, which seem to have taken a downturn, with damaging effects to strategic stability. Despite a decade of candidly exchanging views through Track II dialogues, both countries have failed to convince each other that their respective ballistic missile defense (BMD) and hypersonic weapons programs are not threatening. As a result, both keep investing in expensive and technically questionable strategic systems, each threatening to pull the other into a spiraling qualitative arms race.

American officials’ numerous assurances notwithstanding, China remains suspicious of the U.S. BMD program. As much as the U.S. has named the DPRK (and previously, Iran) as the main targets of its limited BMD capabilities, China insists that ballistic missile defenses decrease the security of its own nuclear arsenal. Specifically, Chinese experts are concerned about their country being subject to American coercion, mainly due to Washington’s nuclear superiority, which married to BMD and hypersonic weapons—Conventional Prompt Global Strike (CPGS)—puts China’s retaliatory capability at stake. Wu Chunsi, director of the Institute of International Strategic Studies at SIIS, argues that missile defense makes China’s No-First-Use doctrine increasingly difficult to maintain because it gives the United States a double advantage in both offensive first-strike capability and credible defensive capability. The main concern is that hypersonic weapons could facilitate a preemptive strike against the Chinese arsenal, which, after an attack, would be seriously weakened and less capable of successfully penetrating U.S. BMD systems.

The Chinese concerns, however, overestimate American BMD and CPGS capabilities, while underestimating the power of the Chinese deterrent, recently reinforced by its undersea component. The main objective behind Chinese undersea deterrence was to achieve greater quietness for submarines and more assured penetrability for SSBN-launched missiles. With an undersea deterrent and an enhanced—and more survivable—land-based nuclear arsenal, China should feel more secure about its retaliatory strike. In other words, the strategic stability between the two countries appears to be stronger, not weaker. In this context, BMD systems should not influence strategic balancing between the United States and China, since they do not provide a significant strategic advantage to either Beijing or Washington.

In fact, American BMD against North Korea’s small arsenal is necessary to increase the credibility of the U.S. nuclear umbrella over South Korea, but it is not capable of preempting the Chinese arsenal. One reason is that the effectiveness of BMD systems is debatable even for the advanced U.S. interceptors, whose extensive testing has not provided conclusive about how they would operate in real conflict environments. Andrew Erickson of the U.S. Naval War College has characterized BMDs as expensive and incomplete in their coverage. American BMD systems can only intercept a small number of nuclear warheads (the ratio is five interceptors for one warhead), while both the United States and China possess large strategic and conventional missile arsenals, which can be used interchangeably in a conflict scenario to penetrate missile defenses. The Chinese Second Artillery Force’s modernization has rendered it a massive source of firepower that American BMD systems could never hope to counter. Adding decoys and multiple independently targetable reentry vehicle (MIRV) missiles, it becomes obvious that on a cost-exchange ratio, BMD forces are not only ineffective, but also a much more expensive—not to mention technically unreliable—option than land-based ballistic missiles, whose technology is extensively tested, reliable and relatively cheap. That said, building and deploying a large number of interceptors is not only strategically suboptimal, but also financially challenging, given both countries’ budgetary constraints.

But the development of threat perception is not always clear-cut, and perceptions often lead to real policy outcomes. While American BMD systems and the prospect of South Korea deploying missile interceptors on its soil have dominated discussions of U.S.-China strategic relations, less attention has been given to China’s missile defense capabilities. In fact, China conducted its latest ground-based, mid-course intercept test in July 2014, following two similar tests in January 2013 and January 2010. Due to China’s opacity on such issues, there is much speculation surrounding its intentions regarding missile defense development and deployment, while the true sophistication of Chinese missile defense technology remains unclear. Nevertheless, there are strong indications that Chinese efforts to develop such systems are not only here to stay, but are built to counter U.S. programs rather than other regional countries’ BMD efforts, such as India, as some pundits advocate.

Lora Saalman’s extensive research on the topic supports this idea. In an article entitled “China’s Evolution on Ballistic Missile Defense,” Saalman presents the rise of a vivid Chinese discourse, which “reflects the belief that the ultimate means of counteracting US ambitions and forestalling political or military coercion is the possession of similar [BMD] systems.” Therefore, since 2002, a great volume of Chinese writings focusing on BMD “began to gravitate from more ‘passive’ countermeasures to more ‘active’ ones, with the most notable rise occurring in kinetic energy studies.” The fruit of these studies and the manifestation of China’s intent to move forward with BMD—as a countermeasure to American BMD—are its three missile defense tests.

China’s pursuit of hypersonic weapons also comes as a response to the deployment of American BMD systems and CPGS capabilities, and showcases how gaps in perceptions translate into further investments in expensive strategic systems for both countries. The Bush administration first pushed towards conventional global strike options; the Obama administration embraced the concept. According to the 2010 Quadrennial Defense Review report, the Pentagon has undertaken a study on the “combination of joint persistent surveillance, electronic warfare, and precision-attack capabilities,” including penetrating platforms as well as standoff weapons, whose results will inform the FY12–17 defense program. It’s obvious that, especially after hypersonic weapons survived sequestration despite their plethora of testing failures, U.S. political and military circles appear to be deeply invested in their further development.

One explanation for this is China’s effort to develop its own hypersonics. In fact, Congressmen Howard “Buck” McKeon, Randy Forbes and Mike Rogers expressed U.S. concerns over China’s development of hypersonic weapons in a letter stating that “other competitor nations push towards military parity with the United States.” Any doubt over further funding of the program evaporated after multiple Chinese tests of hypersonic glide vehicles, which confirmed China’s pursuit of similar systems. After the Chinese tests, Congress prioritized hypersonic weapons programs with boosts to funding and testing. And it goes further: the Obama administration asked for funding for a next-generation nuclear cruise missile that could be coupled with a hypersonic glide vehicle. While China is scared of an American preemptive strike, the United States fears that China will seek parity.

If the trend described above continues unchanged, then both countries will find themselves irrevocably trapped in a spiral of qualitative arms competition, which will inevitably cast an even darker shadow over the relationship. Nevertheless, the prospect of an arms control deal appears to be remote for now, for several reasons. First, there is deep mistrust over each other’s future intentions. China deciphers U.S. policies in the region as laying the foundation for a containment strategy, while Washington regards Beijing as a revisionist state that will attempt to change the regional status quo when the opportunity arises. Second, even if the United States considered concessions for an arms control agreement, its regional allies, especially Japan, would not welcome such an option. Uncertainties over intentions and allies’ objections make any deal a daunting—albeit not impossible—task.

Cold War history has taught us that arms control deals are feasible but take a lot of time, political capital and, most importantly, good timing. For instance, the Intermediate-range Nuclear Forces Treaty was signed after the Soviet Union’s decision to deploy SS-20 intermediate-range missiles in eastern Europe. Paradoxically, this gesture opened an opportunity for talks that eventually led to the first Cold War treaty that sought the elimination of intermediate ballistic missiles, instead of only establishing ceilings. In today’s East Asian strategic environment, history suggests that the U.S. move to deploy THAAD systems in South Korea might lead Beijing and Washington to understand that their policies could be irreversibly detrimental for regional stability. Within this context, policy communities in Washington and Beijing should seize the opportunity and start considering their acceptable levels of cost for the research, development and deployment of BMD systems. The political cost and security dilemmas generated in the region need to be carefully examined—better late than never.

In the 2010 Nuclear Posture Review Report, the Obama administration proposed strategic stability dialogues with China, but progress has been limited—mainly due to China’s reluctance to join. North Korea’s recent nuclear test puts greater pressure on the two countries’ nuclear relations, but can also work as a catalyst to resume official discussions on nuclear issues. Calling anew for high-level nuclear discussions might be a good way to go. If China remains adamant in its objection to get involved in high-level strategic dialogues, it not only risks a deterioration of its relations with South Korea—which it so painstakingly and successfully has been building since Park Geun-hye assumed office—but it will also miss the opportunity to gain better insights and understanding into the systems, raise its concerns in a formal setting and prove that it is not using the issue to divide the allies. The United States will need to consider Chinese concerns over the number of interceptors. This will pave the way for a mutually agreeable figure that will allow Washington to reassure its allies, especially through enhancing stability on the Korean peninsula. Also, if the United States is serious about its pledges to China that its BMDs do not target Beijing, then proceeding to talks over potential arms controls will be tangible proof of its claims, especially if Chinese concerns and choices start significantly altering the strategic environment.