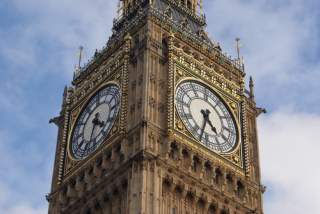 IN 1991, BEFORE British prime minister John Major signed the Maastricht treaty, I formed a new political party. It was called the Anti-Federalist League. Two years later it changed its named to the UK Independence Party. I led it until 1997. It was a moderate party with a membership form that stated that it held no prejudices against foreigners or lawful minorities of any kind and would send representatives only to the British parliament. After I stepped down to return to academic life, however, the party came under control of a preposterous mountebank named Nigel Farage, who reoriented it to the far right. The clause about a lack of prejudices was abolished and all sorts of nasty statements were made against blacks, Muslims and gays. Former members of the National Front were allowed to work for the party or become candidates. The party itself has deliquesced into a cult around Farage, whose electoral failure in 2015 has made him an object of scorn in the media and prompted his financial backers to desert him. Farage has become a convenient figure with which to frighten moderate voters about the consequences of fulfilling my party’s original mission—withdrawal from the European Union. But that mission remains imperative. The upcoming referendum promised by Prime Minister David Cameron offers an opportunity for concerned and intelligent citizens to fulfill it.

Most commentators, backed by international elite opinion, write as if leaving the EU would constitute a momentous, historical step for the UK. They’re wrong. Britain’s postwar abandonment of empire, after centuries of colonialism and imperialism, was hardly traumatic, leading to no disruption of its economy or political system or even to any nostalgia. Today, there is scant evidence to suggest that withdrawal from the EU after a much shorter experience of membership would lead to political or economic disruption either, far less any nostalgia for rule from Brussels. Normal self-government would simply be resumed—and it is normal for nations to run their own affairs.

The experiment of trying to fit all the nations of Europe into one polity and one economy, on the other hand, has been distinctly abnormal and historically misconceived. Europe is a state system, not a state. It overtook the rest of the world economically and politically centuries ago precisely on account of its disunity. Elsewhere, the Ottoman and Chinese Empires unified themselves under centralized bureaucracies and suffered decline.

Europe, on the other hand, as a result of its division into a system of separate states with different Christian allegiances, experienced competition and progress. Long before the Enlightenment, commentators and thinkers in individual states examined advances in rival ones before campaigning for their adoption at home. Particularly after the French Revolution and Napoleon, this led to peaceful progress—the abolition of torture and religious disabilities, the spread of constitutions, the extension of the franchise, the legalization of trades unions and the establishment of state welfare systems. Very occasionally, rivalry led to war, but the long period from 1815 to 1914 was overwhelmingly one of peace in Europe. Before 1914 you did not even need passports or visas to travel or study abroad. Then came the First World War, produced by the clash of supranational empires—Habsburg, Russian, German and Ottoman—while the Second World War centered around a clash of supranational ideologies—Nazi racism and Soviet Communism. Democratic nation-states were never a cause of war in Europe. Resistance to their emergence by supranational empires was.

Today the EU constitutes an up-to-date model of a supranational empire. Size again seems to be all-important. The EU is supposed to act as a continental counterweight to the United States, China and Russia. Predictably, this has proved to be a delusion. However, it is vital to note that, just as was the case in the golden age of imperialism before 1914, when Norway and Switzerland enjoyed the highest standard of living in Europe but did not possess empires, today, the two European states with the highest standard of living in Europe are again Norway and Switzerland—both independent and outside the EU.

There is, however, an irony involved for, although the EU despises such nation-states and sees itself as a “postnational” polity, it claims all the trappings of a nation-state—its own flag, passports, diplomatic service, anthem, supreme court and directly elected parliament. It wants all Europeans to think of themselves primarily as European citizens. So, without admitting it, the EU really just wants to be a bigger nation-state with its citizens imbued with a European nationalism, all singing its national anthem and waving its national flag. After all, China, Russia and America—its rivals—are also large nation-states. The EU lacks any vision of a “postnational” world and represents merely European nationalism attempting to unify a continent as Italian nationalists once unified a peninsula during the Risorgimento.

But the process of imbuing European citizens with an artificial nationalism isn’t working. Whereas people who experienced life under communism until 1990 or Southern European dictatorships till the 1970s still see this process as relatively praiseworthy, the mature democracies of Northern Europe remain unconvinced. Britain and Sweden have remained outside the euro zone while France and the Netherlands in referendums rejected the Constitutional Treaty in 2005. European flags are not unfurled at football matches. The real admirers of European unity are Arabs and Africans, whose own attempts to create unity have hardly got off the ground. And the United States simply sees the states of Europe as equivalents of the colonies of 1776, conveniently forgetting that they have different languages and cultures—and a history of occasional conflict.

THE EU IS essentially a political experiment aimed at creating a centralized, unified state, indeed one already in decline like the old Ottoman and Chinese empires. British supporters of continued EU membership always assert that “to trade with Europe you have to be part of it.” No, you don’t. No one says “to trade with China you have to be part of it.” That would be very scary. No one even says that “to trade with the United States you have to be part of it.” It is simply never suggested that trade with America means adopting its constitution or its single currency, the dollar. Not so with the EU. Here we are told that to continue to trade with it, we must accept EU law, EU passports, EU citizenship, EU policies and EU institutions. We even required an internationally ratified treaty “opt-out” to keep our own currency, the pound sterling. All this is needed so that the EU can continue its political progress towards “ever-closer union.” This has nothing whatsoever to do with trade or economics.

It has been a consciously adopted strategy of Europhiles to obscure the political nature of the European project. Yet in terms of both politics and economics, the EU has proved a bad bargain for Britain. Politically, it has made us part of an entity which is undemocratic. The EU is run by a commission of overpaid, undertaxed and unelected bureaucrats. Although it is claimed by EU supporters that this civil service is numerically small, the real objection should not be to its size but to the power it wields. The Prussian general staff was small in size compared to the total strength of the German army, yet it was the general staff that drew up the plans and strategy of that army and used ordinary units to implement them. Likewise, the European Commission oversees the formulation of EU policies and orders national bureaucracies all over Europe to execute them. Thereafter there is no way that its regulations and directives can be reversed by national parliaments. Nor is it possible to discover how the commission gets its plans approved by the European Council, since discussions in the council are conducted in secret. Moreover, under the Lisbon Treaty, the council is no longer an independent, outside body of heads of government, but simply one more institution of the EU, accountable like all the others to the European Court.

Commissioners, therefore, wield extraordinary power. Yet they are unelected and have usually been failed politicians from member states—including Leon Brittan, Neil Kinnock, Chris Patten and Peter Mandelson—who are rewarded with highly lucrative jobs for previous services rendered and thereby become politically indebted to the EU. The whiff of corruption surrounds the EU as well. This is not just a matter of the low taxes and high salaries of EU bureaucrats (one in every five of whom gets paid more than the British prime minister) but the fact that so many EU leaders have been fingered for fraud or worse—Helmut Kohl, Bettino Craxi, George Papandreou, Charles Haughey and Giulio Andreotti, for example. One head of the European Central Bank had to wait until his trial for corruption in France was over till he could take up his post. And the European Court of Auditors has refused to sign off the EU accounts for nineteen years running—indeed, if the EU were a trading company, it would long ago have been forced to cease trading.