The Case for Isolating Pakistan 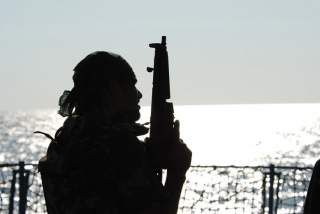 The international isolation that Pakistan currently faces is unprecedented by most measures. Its misdeeds include its: inability to control terrorist activities both inside and outside the country; the nexus of government, intelligence, terrorists and the army; terrorist spillover to neighboring countries; army and intelligence-backed infiltration bids; and most subtly, its all-weather bonhomie with China.

Consider: the United States, which has been hinting for some time now that the bilateral grants flowing from it to Pakistan under the Coalition Support Fund are contingent on its abilities and effectiveness to reign in terror emanating from its soil, has blocked $300 million in concessional military aid to Pakistan. The Pentagon is not happy with Pakistan’s approach to containing the dreaded Haqqani network, which has been carrying attacks on civilians and also targeting U.S. interests in Afghanistan. In a recent example, the United States has added the Pakistani militant outfit Jamaat-ur-Ahrar to its list of global terrorists, triggering sanctions against a group that has staged multiple attacks on civilians, religious minorities and soldiers. These steps by the United States have been read by most not just as a financial obstruction, but also as tightening of the diplomatic noose on Pakistan by the United States. This was preceded by the United States making it clear that it was not willing to sell subsidized F-16 fighter aircraft to Pakistan under the foreign military sales program. As an almost immediate follow-up, India struck a deal with the U.S. defense major Lockheed Martin to avail “most advanced” F-16 fighter jets by 2019-20. Under the deal, the company will be manufacturing the latest version of the jets – F-16 Block 70/72 – “exclusively” in India.

Although it would create strategic apprehensions, India’s increased involvement in Afghanistan would also help the United States in protecting its interests from terrorist elements, particularly by narrowing the strategic depth, and hence the operating space of terrorists inside Pakistan as well as inside Afghan territory. The strategic squeeze of Pakistan from both directions — the east and west — is a strategy that, in the long term, will not only benefit Pakistan’s neighbors and international players like NATO and the United States, but Pakistan itself.

Historically, the Indian narrative on Pakistan’s complicity in terrorism has not been taken seriously given the contextual animosity between the two countries. Today, India’s narrative is seen in consonance with the angst of both Afghanistan and Bangladesh. Afghanistan, in contrast to earlier years when it evinced a desire to work with Pakistan, has voiced obvious frustration at the Islamabad’s inability to control terrorism spilling over into Afghanistan. The present dispensation in Afghanistan has produced statements against Pakistan in this regard.

Bangladesh has also been at the receiving end of Pakistan-based terrorism. Recent postures from Bangladesh might suggest a diplomatic cold-shouldering of Pakistan. For instance, in the recent South Asian Association for Regional Cooperation (SAARC) meeting of the Home Ministers of member states hosted by Islamabad, the minister from Bangladesh chose not to attend, sending a clear signal to Pakistan. The short shrift directed at Pakistan in the SAARC Home Minsters’ summit has been widely interpreted as being in response to the country’s complicity in the recent deadly attacks in Dhaka, in which more than half a dozen people, mostly foreign nationals, were killed. Dhaka has also been miffed with Pakistan’s role in the recent upsurge in terrorists in Bangladesh.

Pakistan has been diplomatically sidelined in Asia, with the exception of China and Saudi Arabia. In this, probably its greatest loss has been the gradual withering of its bilateral relationship with the United States. The almost simultaneous growth in U.S.-India ties has been an additional impediment in advancing Pakistan’s interests in the region. India’s sustained presence in Afghanistan with support in infrastructure and human capital has undercut Pakistan’s strategic depth, giving Islamabad much less political and diplomatic currency within Afghanistan. The recent U.S. call for Indian military support to Afghanistan should be a shot in the arm to the Indian state’s prospective regional goals in Afghanistan. Meanwhile, India should move beyond its meager military dole comprising two Mi-25 attack helicopters and consider Afghanistan’s request for military supplies more seriously.

India, through its proactive diplomacy with South Asian countries like Bangladesh and Afghanistan, is capable of leading by example in the region. India’s positive steps to curb terrorism in the region are likely to find willing partners in both Afghanistan and Bangladesh. The much elusive South Asian unity, which for instance has continued to divide SAARC and render it a multilateral skirmish-shop, can only be achieved through a union that does not include Pakistan. For geographic, economic and strategic convenience, countries like Myanmar and Bhutan should also be invited and included in a functional South Asian multilateral forum.

The method to make SAARC Workable

Pakistan’s isolation is the most potent solution to making a defunct SAARC workable. While international isolation has put some pressure on Pakistan to crackdown on its multilayered and multifaceted terror infrastructure (for instance, increasing pressure from the United States led the country to undertake operation Zarb-e-Azb), there is an immediate need for its regional isolation too. While any such step runs the risk of being thwarted by China, it also makes it more likely that China will question the feasibility of bucking international sentiments.

Recently, the Indian government made it clear that its finance minister won’t attend the SAARC finance ministers meeting in Islamabad. The announcement is a direct consequence of the curt diplomatic treatment that Pakistan handed to India’s Home Minister, when he attended the SAARC summit in Pakistan earlier this month. Besides being received by junior officers at the airport, the Indian Home Minister was at the receiving end of sarcastic innuendos about the Kashmiri unrest in India. To make matters worse, the Indian Home Minister Rajnath Singh almost became a persona non grata at the host-lunch.

Developments in SAARC attest to the fact that the organization has arrived at a crossroads. There are two possibilities that stare the organization in its face: the organization is expanded with the inclusion of a new partner in China, or made smaller with the exclusion (or still better; isolation) of Pakistan. In the former scenario, the group’s functional camaraderie will still be under clouds given incipient and growing rivalry between India on one side and China and Pakistan on the other. In the latter situation, while the other members of SAARC might not be as willing as India to exclude Pakistan, a diplomatic cornering of Pakistan until it stops terror-manufacturing could instil structural agility in a quasi-moribund organization.