The Case for Retaining the First-Use Doctrine for Nuclear Weapons 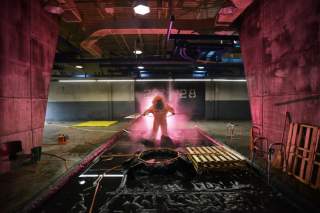 On the other hand, there may be considerable moral benefits to the abandonment of first use.  Publicly committing to the use of nuclear weapons only in response to a nuclear attack could help the United States to reinforce its desired status as a moral leader in the international system and might give it more legitimacy in negotiations with potential proliferators. Eliminating the U.S. nuclear arsenal in its entirety is neither wise nor feasible (a sentiment with which President Obama evidently agrees, despite his commitment to “global zero” early in his tenure).  Relegating these weapons to the sole role of deterrence in U.S. doctrine might, however, encourage other states to do the same and might delegitimize the pursuit of these weapons by new states.

No one wants to imagine a world in which the United States would use nuclear weapons against an opponent again, but the first-use doctrine may provide some benefits to the United States and its allies. Whether those benefits outweigh the costs of retaining first use depends on whether we believe that the nuclear threat is an effective deterrent to U.S. adversaries and whether we believe that nuclear weapons could be employed in combat in a limited way. If we think that the Korean scenario makes sense—a first strike against North Korea’s nuclear facilities to prevent it from using its own weapons in an imminent attack on South Korea—then retaining the first-use doctrine makes sense. If, on the other hand, we believe that any threatened or actual use of nuclear weapons—even a limited attack against a weak adversary like North Korea—could invite escalation to devastating retaliatory nuclear exchanges, then renouncing first use may be desirable.

It is difficult to believe that the United States’ allies would not view the elimination of the first-use doctrine as a threat to their own interests. Nor is it clear how the United States would beef up its conventional deterrents given the public’s low tolerance for military spending and the fact that U.S. forces are already overcommitted and exhausted by fifteen years of war. Until the scope of American interests narrows or the American public is willing to cough up more money and personnel to reinforce U.S. commitments overseas, the best way to secure U.S. interests may be to maintain the possibility of first use while hoping that it will never be implemented.

Dianne Pfundstein Chamberlain, PhD, is an Associate Research Fellow with the Saltzman Institute of War and Peace Studies at Columbia University. She was formerly an Assistant Professor in the Department of Political Science at the University of Massachusetts, Amherst, and a Postdoctoral Research Fellow in the International Security Program at the Belfer Center for International Affairs, Harvard Kennedy School. She is the author of Cheap Threats:  Why the United States Struggles to Coerce Weak States (Georgetown University Press, 2016).