The Case for a Rump TPP 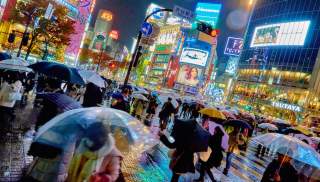 President-elect Donald Trump has announced that he will follow through on his vow to upend U.S. trade policy by withdrawing from the recently completed Trans-Pacific Partnership Agreement (TPP) on his first day in office. His trade team has also announced that the regional agreement will be replaced by a series of bilateral trade agreements. And they have openly avowed that U.S. market power will enable the Trump administration to force U.S. trading partners to bow to its demands or face crippling trade barriers.

Even without the threat of such friction, the U.S. withdrawal from the TPP presents the other eleven TPP nations with difficult alternatives. They can stand by and just allow the TPP to lapse; they can turn to the Chinese-led option, the Regional Comprehensive and Economic Partnership (RCEP) agreement; or, finally, they can recreate the TPP without the United States. This analysis will argue that recreating the TPP is by far the best course for the eleven remaining TPP members.

First, let’s consider the consequences of doing nothing in the face of U.S. withdrawal from the TPP. As noted above, President-elect Trump has promised to pursue individual bilateral agreements with U.S. trading partners — and to count on U.S. market power to bend his will. Certainly for those TPP nations that do not presently have a bilateral free trade agreement (FTA) with the United States, this prospect foretells a bleak outcome — particularly with rising trading nations such as Vietnam and Malaysia. Even Japan — a strong economic and trading power — will face a tough bargaining position, especially if the Trump administration mixes trade and security policy.

Further, the incoming administration has signaled that it intends to reopen existing FTAs—first NAFTA with Canada and Mexico, but then other allegedly “bad” deals that could include existing FTAs with Australia and Chile. Though not in the TPP yet, Korea, and the U.S.-Korea FTA, has also been singled out for forced revision.

What about the prospects of negotiating a TPP without the United States? Beyond the defensive dangers of “going it alone” against U.S. trade demands, there are also even more significant positive economic and geopolitical reasons for forging ahead with a rump TPP. First, the agreement, though not perfect, does constitute a solid advance in regional trade liberalization — not least in tariff reduction, services liberalization, new digital trade rules, first-time state-owned enterprise regulation and government procurement, among other examples. Even without the United States formally in the TPP, the precedent-setting results of the agreement would be profound. The eleven-nation TPP would still constitute almost fourteen percent of world GDP and thirteen percent of world trade. And politically, each of the eleven nations has already faced and overcome negative reactions to their concessions on sensitive domestic sectors and policies. Now, they should look beyond the narrow mercantilist argument that the “delicate balance of interests and concessions” is invalidated without the United States. The “concessions” down the line will result in greater national competitiveness.

These facts and prospects also argue against just settling for a weak regional alternative — the Chinese-led RCEP. That agreement, should it come into force, will contain only meager advances in trade liberalization at the border (tariffs) and virtually no liberalization of non-tariff barriers in domestic markets. Indeed, it will be a step backward for nations such as Australia and Singapore, which already have FTAs with the United States.

Finally, the eleven TPP nations should consider offering Korea TPP membership. Korea just missed the cutoff in 2014, but with the U.S. – Korea Free Trade Agreement, it already has agreed to many of the provisions later incorporated into the TPP. As a major middle-power trading nation ($l.4 trillion GDP) Korea would add substantial heft to the rump TPP.

The way forward suggested here may well fall prey to outside events and a failure of nerve or vision. But it does present an achievable economic and geopolitical path that far exceeds the payoff from alternative scenarios.

Claude Barfield is a resident scholar at the American Enterprise Institute.