The Case for Security Cooperation Abroad 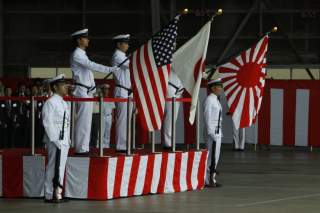 When legions of Islamic State in Iraq and the Levant (ISIL) militants poured across eastern Syria into western Iraq last summer, the Iraqi army evaporated, despite over $20 billion in U.S. training and equipment spent to build it over eleven years. Doubts have been raised about whether the U.S.-trained Afghan National Security Forces will effectively provide stability following the U.S. drawdown in Afghanistan. With such a questionable track record, why should the United States continue to invest in security cooperation with foreign militaries?

The United States pursues security cooperation in 148 countries around the world to develop partner nations’ capabilities, build relationships and interoperability and secure peacetime and contingency access to critical air, land and sea nodes to protect U.S. national-security interests. Security cooperation can take the form of delivering training and equipment, conducting joint exercises and exchanges and advising ministries of defense. In terms of scale, it can range from building a military from scratch to providing niche capabilities to advising partners engaged in a war fight.

Even on the low end of the spectrum, security cooperation can be difficult and imperfect; the complexity only grows with the greater scale of engagement—the U.S. efforts in Iraq and Afghanistan were the largest security cooperation undertakings of the last seventy years. Frank dialogue between the United States and its security partners helps balance asymmetries of information and expectations, but gaps will remain and should be acknowledged. Some partners express frustrations with the pace of U.S. equipment deliveries. Some political leaders fear the risk of empowering their militaries beyond elite units that they can personally control. Moreover, institutional corruption and lack of prioritization of training and sustainment within partner nations can slow their development of capable forces through security-cooperation programs.

U.S. security cooperation works best when there is shared recognition of the problem and the partner owns the solution, and the partner is able to absorb and retain the material and training provided. While challenges certainly remain, the United States largely achieved its security objectives in “Plan Colombia,” a program specifically designed to combat narco-trafficking through training, advising and equipping Colombian security forces, in large part because the Colombian government took ownership and drove the initiative to improve the security situation. U.S. security cooperation enabled the Colombian security forces to grow, modernize and professionalize, combat armed insurgents and expand the government’s territorial control.

The United States has a particularly mixed record of using security cooperation to attempt to stabilize fragile states. It makes these investments based on the premise that it will not have to fight as many wars if it builds the capabilities and capacity of indigenous security forces.

However, recent analysis suggests security cooperation does more to stabilize countries where there are already relatively strong state institutions and capacity; security-cooperation investments may go further in reducing state fragility in Latin America, the Asia Pacific and Europe than they do in the Middle East and Africa, because the former have relatively more robust state institutions and capacity. With weak state institutions, Yemen’s government collapsed this month, despite an injection of $343 million in U.S. security assistance in fiscal years 2011-2014. The same study contends that education, law-enforcement, counterterrorism and counternarcotics assistance may do more to reduce state fragility than influxes of equipment under the Foreign Military Financing (FMF) program—the latter designed more for improving capabilities for external defense and interoperability and ensuring access to a country. Such analysis underscores the importance of connecting different types of security-cooperation resources to the appropriate strategic objectives. Enacting the security-sector reform called for in Presidential Policy Directive 23 will strengthen the linkage between U.S. strategic priorities and security-cooperation investments. Developing an effective assessment, monitoring and evaluation method for security cooperation resources could also help the United States achieve stronger alignment with its strategic objectives.

For all the problems security cooperation can present, why does the United States continue to invest in it? The answer is rooted in a fundamental principle of the post-WWII international system—that working with allies and partners toward common security goals enhances an individual state’s security, as well as U.S. security. Only the United States has the resources and demonstrated will to lead a security-cooperation effort with key allies and partners to reduce the risk of a security vacuum, the consequences of which we are seeing in Iraq and Syria today. Moreover, declining defense budgets have heightened the urgency of the United States and its security partners leveraging and synthesizing military capabilities where possible in support of shared interests, such as counterterrorism and the nonproliferation of weapons of mass destruction.

The reality is, beyond building partnership capacity and capabilities in foreign militaries, security cooperation can advance U.S. national-security objectives. U.S. security cooperation in Northeast Asia has largely deterred North Korea and assured allies in that region for seven decades, though not without incident. U.S. security partnerships in the Gulf and Israel have on balance deterred Iranian aggression and prevented Iran from obtaining a nuclear weapon to date, though Iran continues to foment instability in the region. Of course, none of these security-cooperation efforts work in isolation. Indeed, they have worked best when coupled with U.S. and international diplomatic and economic levers, and when the United States and its partner countries have strong political alignment on desired outcomes.

Security cooperation can yield force enabling and multiplying benefits through deepening relationships with allies and partners. It unlocks posture and access possibilities for U.S. forces in the event of crises and contingencies. Seven decades of security cooperation with Japan enabled the United States and Japan to respond to the Fukushima Daiichi nuclear disaster in 2011, given U.S. investments in Japan’s humanitarian assistance and disaster relief, lift and logistics capabilities. Security cooperation allows the United States to obtain intelligence and operational insights that would not otherwise be available, such as in the African Sahel. Perhaps most importantly, common security approaches build standards of trust and mutual responsibility in the international system. Trust and relationships solidified in the International Security Assistance Force coalition in Afghanistan enabled the United States to quickly rally and lead a coalition of allies and partners keen to combat ISIL’s brutality.

Because U.S. forces based overseas can combine their own training and activities with security cooperation with allies and partners, security cooperation incurs few costs to U.S. forces operating abroad. Under budgetary constraints, Department of Defense leaders have stressed the need to reprioritize limited assets and develop innovative ways of maintaining a forward presence to project power as the U.S. military rebuilds its readiness. As the United States considers how to right-size its global posture, security cooperation through periodic and strategically targeted joint exercises with allies and partners could provide a low-cost alternative to continued forward deployment of U.S. forces.

Inherently imperfect and difficult to execute, security cooperation can still advance U.S. national-security objectives. International-security dynamics and declining budgets make security cooperation more necessary than ever. The United States can certainly do far more to improve its strategic planning for security-cooperation investments, and it should be wary of the common trap of misaligned objectives and expectations with its security partners. Yet, if on balance the United States enhances its own security through cooperation with foreign militaries, then the investments are worth the price.

Melissa G. Dalton is a Council on Foreign Relations International Affairs Fellow and a visiting fellow at the Center for Strategic and International Studies. Follow her on Twitter: @natsecdalton.