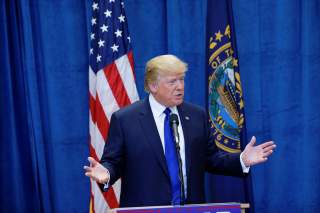 No region has more perplexed recent administrations and exhausted American resources than the Middle East. The problems of the Middle East will not soon go away, but the Trump administration can clarify American interests in the region, avoid the mistakes of its predecessors, and help to preserve the presence of minorities and moderates, America’s natural allies, throughout the region.

Thousands of American lives and trillions of dollars have been lost in the Middle East in recent decades due to successive policy failures. The Iraq war was prosecuted with a naïve faith in procedural democracy and failed to apprehend Iraq’s complex socio-cultural and political realities – foremost that Iraq is an essentially tribal, pre-modern state, lacking a developed sense of the common good, which is necessary for any pluralistic democracy. These oversights came at a great price for the Americans who served there and for millions, Muslim and Christian (as I wrote in 2013), living in Iraq and the greater region.

President Obama, for his part, led “from behind,” not only in Libya but also in the humanitarian catastrophe in Yemen, where America’s putative ally, Saudi Arabia, leads a coalition that has further destabilized the region in a war that continues to indiscriminately target civilians. U.S. policy has been incoherent and poorly coordinated in Syria, where protracted conflict has further destabilized the region and poses a long-term national security threat. Syria’s civil war has given the next generation of terrorists the platform from which to wage global jihad, like Afghanistan’s terrorists did a generation ago. Iran and the Gulf States, particularly Saudi Arabia, Qatar and Kuwait, have used the war in Syria as a locus for the greater Sunni-Shia conflict that now dominates the region.

The United States cannot simply wave a wand and end the Syrian civil war, or bring stability to Iraq or Libya or Yemen. However, the long-overdue realignment of America’s domestic and foreign policy interests can come about quickly in the Trump administration and benefit our natural allies in the Middle East. This begins by accelerating a process already underway:  Minimizing dependence on Middle East oil by facilitating American energy security and self-sufficiency.

Iran and the Arab Gulf States are not great powers; and dramatic changes in global energy have certainly shaken them. They remain, however, energy superpowers, and likely will for the foreseeable future. If the Middle East did not have cheap, readily accessible oil, its petrol potentates would not wield the disproportionate influence they do in the region – and, more troubling, in Washington DC. It is no secret that extravagant petrol wealth has funded violent extremism and terrorist organizations for decades.

Not long after ISIS captured Mosul and overran the Nineveh Plain, Vice President Biden said in remarks at Harvard that the Gulf states and Turkey were responsible for arming, funding and supporting Al Qaeda affiliates and offshoots in Syria. Secretary Clinton allegedly came to similar conclusions, even if she didn’t say so publicly. The vice president apologized. President-elect Trump, on the other hand, has no such reservations.

President-elect Trump’s agenda for his first hundred days shows a clear intention to realign domestic and foreign policy interests. His plan calls for economic expansion through tapping “American energy reserves, including shale, oil, natural gas, and clean coal,” developing the Keystone pipeline, and investing heavily in the rebuilding of infrastructure. At the same time, his administration will curb the undue influence of foreign lobbying interests.

To date, few Americans – and virtually no Beltway insiders – have noted or sought to alter the relationship between American dependence on Middle East energy, the rise of violent extremism and the incalculable price America and its allies – persons and nations – have paid in consequence. Iran’s nuclear program and Hezbollah, al Qaeda, Islamic State and many other extremist organizations have all benefited from the massive oil revenues generated in the Persian Gulf in recent decades. Energy security will not only strengthen America’s economy but reduce the funding sources for terrorist and extremist proxies of Iran and the Gulf states.

Concerns about foreign influence are not new. George Washington, in his farewell address, warned of “the insidious wiles of foreign influence…since history and experience prove that foreign influence is one of the most baneful foes of republican government.” Such insidious influence has increasingly come to light in recent years. Eric Lipton of the New York Times documented the massive funding of Washington think tanks by Gulf states in 2014. This “submission of America’s elites” and America’s compromised foreign policy establishment may not be well understood by the average American, but it appears to be very much in the consciousness of the president-elect. The very fact of a Trump administration is likely to discourage further investment by lobbyists from the Gulf States. As an added benefit, greater energy security and domestic energy revenues may also prompt American energy interests to influence think tanks, which could result in the foreign policy establishment advocating for policies that serve the American people rather than the interests of the Gulf States and their allies.

The Trump administration could also aggressively focus the priorities of agencies like the Department of the Treasury on the financing of terrorist and extremist organizations, which is funneled through the labyrinth of shell organizations and banks.

The world is safer, as are those in the Middle East with whom we share interests and values – such as Israel, Middle East Christians, secularists and moderates – when America is energy secure and self-sufficient, rather than dependent on nations who share neither our values nor our interests.

In recent years, the American people have become increasingly aware of the complexity of the Middle East, where millions of ethnic and religious minorities and moderates, including Christians, seek to survive in their ancient homelands amid increasing conflict. These peoples have, like many Sunni Muslims, suffered terribly at the hands of violent extremists. The U.S. Congress and Secretary of State earlier this year recognized that genocide is occurring against Yazidis, Christians and others in Iraq and Syria. These communities can be salvaged – a policy aim for which American blood has been shed, and which is consistent with the interests of America and Iraq.

Trump’s agenda constitutes not merely a long-overdue realignment of American domestic and foreign policy interests. It is a reassertion of the social contract (as I argued in May), a reality that Never Trump and the Washington establishment has largely failed to grasp. This is an historic opportunity for America to clarify and reassert its interests, curb the undue influence of foreign states that do not share our interests or values, and thereby send a message to those with whom we share a common values abroad that America will not to blind to their existence or abandon them for short-term, narrow gains.

Andrew Doran writes about U.S. foreign policy and human rights in the Middle East. He previously served on the executive secretariat of the U.S. National Commission for UNESCO at the U.S. Department of State.