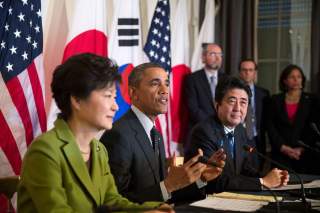 In the Philippines, America’s colonial legacy casts a long shadow. The military-basing agreement between the United States and the Philippines following its independence, due to expire in 1991, drew increasing Filipino elite opposition in the 1980s. In June 1991, Mt. Pinatubo’s eruption destroyed Clark Air Base. U.S. and Filipino negotiators could not agree on a formula for Subic Bay Naval Base; all American forces were therefore removed from the Philippines before 1993. Ending the archipelago’s permanent U.S. military presence necessitated finding alternative sites to sustain an active American forward presence in the Indian Ocean and Southeast Asia. This presence is important to safeguarding freedom of navigation amid simmering South China Sea territorial tensions.

One result is greater difficulty in promoting stability and broadly accepted management of South China Sea disputes. Filipino military weakness and lack of an American presence make it easy for other disputants, notably China, to occupy and reinforce Philippine-claimed islands and reefs. Such action is destabilizing, potentially escalatory and reinforces a precedent for using forcible measures to handle differences. Continuing domestic ambivalence toward Washington and factional elite oligarchy politics make reviving a more active U.S. security role through anti-terrorism efforts and some form of visiting-forces arrangement tricky, the U.S.-Philippines Mutual Security Treaty and American military disaster assistance notwithstanding. Manila also prefers to have much stronger and clearer U.S. support for its South China Sea claims, steps that Washington is wary of making to avoid direct involvement in those disputes.

Parallel patterns have manifested themselves in Indonesia, too, given its long and convoluted history of relations with Washington. This included clear, long-term American backing of Suharto, whose government was responsible for at least tens of thousands of deaths during an anti-communist purge between 1965 and 1966. Then, just as Indonesia was transitioning to democracy in 1998-99, the United States suddenly withdrew support. Washington’s distancing from Jakarta followed mass killings, rape, arson and looting perpetrated by supporters of a crumbling Suharto government. These accompanied human-rights abuses committed by U.S.-trained Indonesian Special Forces and Jakarta-backed militia in East Timor. Though understandable then, the freeze in U.S.-Indonesian relations paradoxically limited Washington’s ability to support a post-Suharto transition. Complicating the picture are recent allegations of U.S.-supported Singaporean tapping of Indonesia’s telecommunications.

Further muddying the Jakarta-Washington relationship is Indonesia’s revolutionary, anti-colonial past. A key element of Indonesian nationalism is its past struggle against Dutch and Japanese imperialism. Jakarta accordingly emphasizes an active, independent foreign policy, free of great-power interference. This was a key motivation behind Indonesia’s leadership in the Non-Aligned Movement, despite American support for its independence struggle with the Netherlands. Such sentiments reinforce desire for distance from Washington, even if U.S.-Indonesia cooperation is mutually beneficial.

The legacy of past policies creates an impression of a United States complicit in widespread state violence, indifferent to Indonesian interests and unforthcoming in Indonesia’s hour of need. Washington’s mixed legacy in Indonesia feeds an underlying discomfort with the United States among the local populace and elites that can hinder cooperation with a key Southeast Asian actor.

Nevertheless, Indonesia is Southeast Asia’s largest, most populous country and traditionally first among equals in ASEAN. Jakarta’s leadership and sustained attention is important to successful ASEAN cooperation and initiatives. An active ASEAN can support U.S. interests in promoting regional economic and security cooperation, including support for freedom of navigation and regional stability, with less risk of escalating Sino-American rivalry. With Indonesia a democracy and home to the world’s largest Muslim population, good U.S.-Indonesian relations send a strong signal of Washington’s openness to engagement and consistent commitment to supporting the values it espouses so vociferously.

Washington must be attentive to host nations’ domestic challenges. U.S. basing will continue to be sensitive in this era of dynamic domestic political change. But this is about far more than access rights and alliance commitment problems. While the U.S. military rightly remains studiously apolitical, it cannot avoid operating in host nations’ domestic sphere by virtue of basing in and cooperating with allied and partner nations. To address these challenges, Washington needs to treat historical grievances and symbolism carefully, particularly vis-à-vis basing issues. It must maintain robust connections and dialogue with actors across the political spectrum in its partners and allies. Such an approach is important to underpinning robust, sustained relationships that help maintain stability and advance American interests in a world of simmering tensions and heightened uncertainty.

A factor common to all these cases of political liberalization—and potentially others—is the inherent reaction of any polity to a dominant global power with its broad interests coupled with past complicity, if not support, for the suppression and even repression of local interests. Such reactions were previously contained by Cold War concerns and more restrictive domestic politics. That these imperatives no longer override domestic desires spurs pressure to reshape long-standing security ties with Washington, even if persistent security challenges delay and dampen these impulses to varying degrees. That said, the intensity of ambivalence toward Washington varies among these societies, given different experiences with single-party dominance or authoritarianism, the trajectory of transition toward democracy and the timeline and extent of U.S. responsibility therein.

Overall implications are clear. Experience from East Asia suggests that American policy makers need to better anticipate the complications that accompany political liberalization and increased domestic contestation in the societies of U.S. partners. Carefully considering political minefields helps ensure that these long-standing security ties remain effective through political transition. This requires (1) comprehending various political factions’ positions; (2) understanding how they can manipulate the legacy of cooperation with the United States in contemporary domestic politics, particularly if Washington has had a close relationship with the past regime; (3) recognizing how that legacy may resonate, especially with the voting public during electoral contests; (4) devising working relationships with different political factions throughout the political liberalization process; (5) ensuring that foreign counterparts can convince voters and neighboring leaders that alliances serve national interests; (6) pursuing a “whole of government” approach that ensures operational activities are undertaken and coordinated with firm local support; (7) emphasizing transparency and proactive engagement, since the modern media makes concealing most information impossible and rumors flourish when aligned with ambivalence narratives and (8) devising plans to handle potential alignment crises.

A heavy-handed U.S. approach to these issues will likely compound problems by potentially implicating American involvement in partners’ domestic politics. Therefore, U.S. policy makers and officials need to manage the politics of liberalization and contestation in key security partners quietly, but firmly and consistently. Effectively handling the politics of an authoritarian legacy during democratic transition enables the United States to maintain alliances and partnerships capable of addressing geopolitical challenges and containing turmoil.

More careful thinking and preparation for the bumpy processes of political liberalization are particularly important to American foreign and security policy today. The United States needs to work with Asian allies to incorporate China as a partner and innovator in the current international framework. This is in part the rationale behind the Obama administration’s rebalancing strategy. Such an approach becomes more trying when societies across Asia are undergoing their own domestic political transitions. This is as much the case with key treaty allies like South Korea, Japan and the Philippines as it is with partners like Taiwan and Indonesia. Outside East Asia, Washington must work with long-term partners— like Morocco, Tunisia and Egypt— that are undergoing political liberalization. This phenomenon will likely proliferate as existing regimes in places like Bahrain, Saudi Arabia, Thailand, Malaysia and Singapore face greater pressure for political reform. Better preparedness in this regard will better safeguard the interests of both the United States and its partners.

Andrew S. Erickson is an associate professor at the Naval War College and coeditor of Rebalancing U.S. Forces: Basing and Forward Presence in the Asia-Pacific. Ja Ian Chong is an assistant professor of political science at the National University of Singapore and author of External Intervention and the Politics of State Formation: China, Indonesia, Thailand—1893-1952.