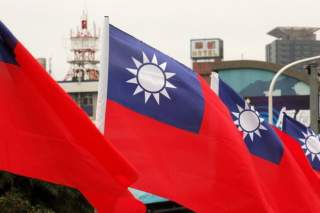 On Saturday, the leaders of China and Taiwan will meet for the first time in over six decades. The surprise summit is best understood as a “Hail Mary” pass for both the Chinese Communist Party and Taiwan’s Kuomintang, or Nationalist Party.

For Beijing, Taiwan’s upcoming elections threaten to mark the failure of China’s strategy for unifying the island with the mainland, as pursued by Hu Jintao and, now, Xi Jinping. China has never been cagey about its intentions: growing people-to-people and especially economic ties across the Taiwan Strait would lead, inevitably, to political integration of one kind or another.

But deeper cross-Strait ties have not brought unification any closer. If anything, such ties have highlighted the vast differences between Taiwan and China; support for unification, already modest, has continued to shrink, while support for maintaining the status quo or pursuing eventual independence has grown. Indeed, growing domestic apprehensions regarding Taiwan President Ma Ying-jeou’s cross-Strait policies have, in part, put the independence-leaning Democratic Progressive Party in position to win the presidency and, possibly for the first time in Taiwan’s history, to take control of the legislature as well. Tsai Ying-wen, the DPP’s candidate for president, appears likely to run away with the election.

Beijing’s strategy was misguided, first, because it relied on a faulty assumption—namely, that economic considerations are the overriding factor in the decisions of both governments and people—and second, because it put all of its eggs in the KMT basket. The KMT’s continued electoral success is a requirement, as far as Beijing is concerned, for eventual peaceful unification.

Xi Jinping’s decision to meet with Ma Ying-jeou should be understood in those terms. Beijing aims to convey to the Taiwan electorate that a vote for the KMT is a vote for the continued development of cross-Strait relations and even a vote for greater “international space” for Taiwan—across the political divide, Taiwan’s citizens have long desired to be treated like other countries in the international arena. Xi’s meeting with Ma signals that might be possible.

The meeting with Ma also makes for an implicit threat—such a meeting, and everything it symbolizes, will not be possible with DPP leadership in Taiwan.

The KMT’s aims here align with the CCP’s, although the KMT’s endgame is not necessarily unification, but rather just its own electoral victory in January. Ma wants Taiwan’s voters to know that the KMT can be trusted to responsibly manage cross-Strait ties.

So why a “Hail Mary”? It’s unlikely that this meeting sways the electorate in any considerable way. Taiwan’s voters have plainly soured on the KMT over the past four years and, at least for the moment, do not see it as either the best steward of cross-Strait relations or of the economy.

Ma, of course, is also concerned with his own legacy as the sun begins to set on his presidency. Although he denied that was the case during a press conference on Thursday, his provided rationales betray him. He claimed, “the object of our decision is not the election. It’s the happiness of the next generation.” Ma also explained that his goal “is to establish a mechanism for regular meetings between leaders.” Such is the stuff of legacies.

It is, perhaps, an unintended legacy for which Ma’s meeting with Xi will be remembered. If Mr. Xi can meet with Mr. Ma, there’s no reason why Mr. Obama can’t do so, or why Ms. Clinton or Ms. Fiorina can’t meet with Ms. Tsai. Mr. Abe, Ms. Park, Mr. Aquino and Mr. Turnbull should all pursue meetings with their counterpart in Taiwan.

It has been decades since Taiwan’s president has been able to engage directly with his fellow leaders, including, ludicrously, the American president—a leader that may one day order U.S. forces to Taiwan’s defense. There is much to talk about.