The Complex Calculus of Military-Base Closures 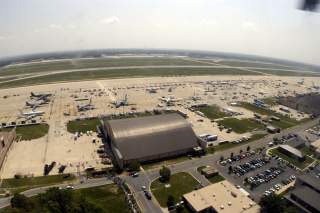 Outgoing defense secretary Chuck Hagel recently announced the closure of fifteen U.S. military bases in Europe. Britain, Germany, Italy, Belgium and the Netherlands each will see a downsizing of the U.S. footprint in their respective backyards. Even so, the planned changes are unlikely to affect the overall level of America’s commitment to the defense of Europe. Around 64,000 U.S. troops will remain stationed in Western Europe, dulling any criticism that the transatlantic alliance is weakening in the face of renewed tensions along Europe’s eastern frontiers.

Hagel’s announcement—part of a program of spending cuts that the former Republican senator was tapped to oversee—has been couched in terms of both the so-called pivot to Asia and the drive to cut the cost of U.S. foreign policy. Yet with only an estimated $500 million a year being saved and no additional manpower being released for redeployment in the Pacific, the impact of closing a mere fifteen European bases will be modest at best. American grand strategy will hardly be touched by the move.

The same cannot be said for the local economies that depend upon the earmarked U.S. military bases. For better or worse, civilian populations living next door to military installations—whether at home or abroad—often become dependent upon the bases to which they are adjacent. The economic infrastructure required to underpin permanent concentrations of troops can be considerable; consistently high demand for goods and services is enough to give entire communities a respectable standard of living. Bases can become bustling cultural hubs, with the very social identity of a particular locale becoming dependent upon the continuing presence of a military base.

In announcing the closures, Hagel made a point of noting the inevitable job losses that will result for the countries currently hosting U.S. bases. “I know that this will result in a reduction of our local host nations’ workforces at some locations,” Hagel lamented. “I value the tremendous support they provided us for decades.” Of course, Hagel will lose only so much sleep over the fate of small businesses in the leafy English county of Suffolk. It is not the American government’s responsibility to create jobs anywhere in Western Europe. In this instance, the local implications of the DoD’s downsizing are, quite frankly, none of the Pentagon’s concern.

But the impending redundancy of Europeans who have lived in the shadow of military bases for the best part of seven decades is a reminder of just why it is so difficult to impose drastic cuts in defense expenditures here in the United States. From San Diego to San Antonio, military bases across the continental U.S. similarly are firmly entrenched in the local economies that they adjoin. Untold numbers of civilian jobs depend upon the hundreds of billions of dollars that are spent on the military each year, much of which goes towards the stationing (and training) of troops on home soil. While big arms manufacturers are the familiar bogeymen of “military-industrial complex,” the truth is that the lives of millions of ordinary people are bound up in the political economy of military bases. Close a major military base, and dozens of small businesses may well close with it. Families will be forced to relocate; whole towns will fail.

The U.S. military is a gargantuan economic actor—a direct employer, a keystone industry and a hub of social and cultural interactions. Downsizing the U.S. military abroad might come with some sizable political hurdles, but it is at least achievable, as this latest round of base closures demonstrates. Significantly reducing the military’s presence at home would be another proposition altogether, requiring a rewiring of the U.S. economy in ways that would be severely disruptive to entire communities. Today, then, as a fairly small number of Western European civilians reexamine their livelihoods in light of a relatively minor strategic readjustment by Uncle Sam, the millions of Americans who are firmly ensconced in the military-industrial complex will hope that they never have to do the same. And who can blame them?