The Continuing Case for Aiding Ukraine 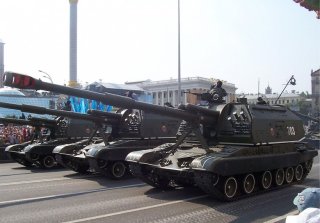 Those who oppose the gift or sale of defensive weapons to Ukraine have long rested their argument on a simple supposition: that any level of help the West might muster will inevitably be exceeded by Russian military escalation. After all, they argue, Ukraine is more important to Russia than it is to the United States. Lost in this argument, though, is the clear fact that Ukraine is more important to Ukrainians than it is to Russians – including many Ukrainians who are Russian speakers and/or ethnically Russian.

This inconvenient truth is why Russian President Vladimir Putin has been forced to lie to his own people about the nature of his government’s war against Ukraine, and the extent of Russian casualties there. It is why Ukrainian demonstrators did not leave Kyiv’s Maidan Square in February 2014, even after sniper fire killed dozens of their own (an event compellingly documented in the recent NetFlix documentary “Winter on Fire”). It is why untrained and woefully equipped Ukrainians rushed to stop the Russian-led and –sponsored takeover of parts of Ukraine’s Eastern provinces of Luhansk and Donetsk. It is why an increasingly capable and growing Ukrainian military has more than 200,000 active duty soldiers facing Moscow's forces, and the reason volunteer organizations throughout Ukraine are providing food clothing and medical help to these troops. Finally, it is why, at least for the moment, Moscow has determined that the cost of further aggression in Ukraine is too high, and is abiding by a tenuous ceasefire.

But that truce does not return the Ukrainian territory unjustly taken by the Kremlin to date. Nor does it give Russia and its separatist allies all of the territory they covet. Which is why no one in Ukraine truly believes that the lull in fighting is permanent. At some point, Ukrainians of all walks of life are convinced, Russia will resume hostilities to take from Ukraine what it could not wrangle at the political bargaining table.

To increase the chances of protecting and regaining its territory, Ukraine hopes to further raise the costs to Russia of any new attack–as well as to make Moscow’s continued occupation of parts of Luhansk and Donetsk more expensive.

The government of Ukrainian president Petro Poroshenko has launched an ongoing (and successful) effort to upgrade the training and equipping of Ukraine’s military. Better equipment is likewise slowly finding its way to Ukraine, while more and more countries are sending trainers to complement the Ukrainian combat veterans who are now training their own.

Ukraine’s growing direct military strength is compounded by asymmetric advantage. That is because if Russia invades further invade Ukraine, it would be taking territory occupied by large numbers of people who are friendly to Kiev – the ideal basis for an Kiev-led insurgency whose attacks on Russian troops would be a nightmare for Moscow.

But the challenge posed by Russia isn’t limited to the battlefield. Currently, Ukrainian national television does not reach many people in Eastern Ukraine, or the few Ukrainians who live on the Russian side of the border. That is simply a matter of capacity; robust Ukrainian programming exists, and its expansion is vital given the unanswered Russian propaganda that has permeated the country’s east in the battle for “hearts and minds” that has raged alongside the physical fight.

Economic independence is also a prerequisite for resolute Ukrainian action. Over the years, Ukraine has been subjected to extensive economic pressure from Russia in the form of energy blackmail and institutionalized corruption. Kiev is now moving to change this state of affairs; the Ukrainian government is making major—and so far successful—efforts to become less dependent upon Russian gas, even as it takes steps to root out corruption in various sectors of the national economy.

The extent of the challenge confronting Kiev is enormous, but it is not insurmountable. With help from the West, the Poroshenko government can make progress on all of those fronts.

That assistance starts with military aid. Here, it is useful to remember that Ukraine has never asked the West to fight on its behalf. It only requests modest aid in order to close the military technology gap that currently exists with Russia.

It is in America’s interests to provide it, and thereby give Kyiv a fighting chance. If we do not, we increase the risk of further Russian aggression against Ukraine, as well as Russian designs on other friendly countries, including NATO members.

Herman Pirchner, Jr. is President of the American Foreign Policy Council in Washington, DC. He just returned from a nine-day fact-finding mission to Ukraine.