The Costs of Ignoring Russia 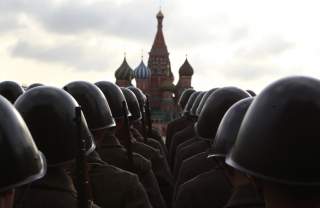 Improving the dangerously unstable U.S.-Russia relationship will be very difficult, but it is important for U.S. national security. Current mutual hostility threatens an explosive confrontation that could destroy American (and Russian) civilization as we know it. Short of that, Russia can do much more than it is today to damage U.S. interests and values without taking extreme risks. Accordingly, the United States should explore normalizing its interaction with Russia. Washington should do so without illusions, and from a position of strength.

Today, America and Russia are adversaries with different approaches to key international issues, different systems of government and, in many respects, different values. Each confronts domestic obstacles to efforts to establish better relations. These obstacles are particularly challenging in the United States, where Congress, the mainstream media and much of the American public view Vladimir Putin’s Russia as a vicious enemy akin to Saddam Hussein’s Iraq, if not Hitler’s Germany. Unlike China, Russia has only limited economic interaction with America—and therefore few Americans see a practical positive side to contacts with Russia.

President Putin has much greater latitude in shaping his country’s foreign policy, including exploring a new beginning with Washington. Yet in a period of economic difficulty before Russia’s 2018 presidential election, Putin is loath to appear weak under foreign pressure.

At the same time, Washington and Moscow continually calculate how their relationship affects their close partners. Thus, for example, Russia cannot disregard how China and Iran might react if they perceive Russia as accommodating the United States on North Korea, Syria or other issues—especially if Moscow’s flexibility compromises their interests.

Yet failing to arrest the downward spiral in U.S.-Russia relations poses real dangers. The most dramatic, if least likely, is a direct military confrontation leading to uncontrollable escalation and potentially a global catastrophe. Many dismiss this risk, arguing that neither the United States nor Russia wants to commit suicide and would show restraint; however, the same assumption that the other side would pull back at the last moment contributed to World War I. The truth is that no one knows what might happen if U.S. and Russian warplanes started shooting at each another or if American cruise missiles hit Russian bases in Syria. Russia could retaliate asymmetrically, perhaps in eastern Ukraine, and fighting could escalate and spread in ways that trigger NATO’s Article Five guarantees. While the Obama administration may have considered nuclear weapons so terrible as to have little practical utility, Russian military doctrine explicitly describes tactical nuclear weapons as a viable option if Russia is under serious attack. Where would that lead?

Setting aside nuclear apocalypse, forswearing diplomacy with Moscow because it legitimizes an unsavory government and rewards bad behavior could prompt Russian officials to conclude that they have little left to lose and must weaken and confront what they would view as an unremittingly hostile America. Interfering in the 2016 election could pale by comparison to serious and sustained attacks on infrastructure, financial systems and other foundations of American society, all of which are highly vulnerable to cyberattack. Devastating U.S. retaliation would do little to help millions of affected Americans or to reassure those who escaped harm the first time. There is, likewise, a difference between failing to help the United States prevent proliferation in North Korea or elsewhere, as is the case today, and working actively to assist Pyongyang and other American foes to develop these capabilities. Moscow could arm and support Hezbollah, Hamas and the Taliban too. If Russian leaders feel pushed into a corner, they could even consider a deal with ISIS or others whom they oppose today.

Finally, Russia could double down on its emerging alignment with China. Russia and China maintain strong mutual suspicions, and China is a much stronger country by most measures. Although both are interested in normal relations with the United States, and would be reluctant to go too far in ways that could lead to a serious conflict, they are fearful of and, indeed, irritated with Washington. They are drawing closer economically and militarily, and are increasingly coordinating their foreign policies. Moscow and Beijing are concerned over American-led encirclement and, specifically, expanding U.S. antimissile systems that threaten their retaliatory capabilities. At a minimum, the worse the U.S.-Russia relationship, the more a rising China can count on Russian support in any disagreement with the United States. Emboldening China in this fashion cannot be in the U.S. national interest.

To avoid these costs, any responsible U.S. government should want to normalize the relationship with Moscow. The objective should not be to become allies or friends, neither of which is possible or advisable. Instead, Washington should seek a narrow dialogue to avoid an unintended military confrontation, manage differences more effectively and, at times, work together where interests and priorities overlap.

Pursuing such an approach requires a clear explanation of the U.S. national interests at stake that Congress and the public can understand. It will also require sustained and disciplined attention from the president and a concerted effort to appoint and retain officials both committed to this approach and capable of executing it. Good chemistry between the two presidents is important, but it should be a tool, rather than a basis, of American policy.

The obstacles to seeking a new approach to Russia are so numerous and momentous that many may feel that even trying is not a good use of President Trump’s time, energy and limited political capital. Yet if it goes badly wrong, the U.S.-Russia relationship could end in nuclear conflict. It would be a travesty for America to do so much to avoid an imaginary mushroom cloud in Iraq and then to ignore far greater looming dangers in a collapsing relationship with Russia.

The first and most important task for any U.S. administration is to protect the survival and security of the American people. That is why no responsible administration could refuse to pursue a more stable relationship with Russia. It is why every new administration since the end of the Cold War has tried to do just that. No matter how futile these efforts may seem, the United States cannot afford to dismiss diplomacy with Moscow out of hand. Failing to try risks fueling a highly destructive self-fulfilling prophecy that could undermine U.S. national security, as well as America’s foreign-policy objectives around the globe.