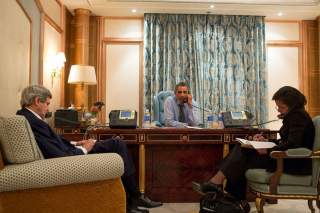 Three years after the Tunisian street toppled President Ben Ali, Maidan protestors in Ukraine, with dizzying speed, triggered a major great-power confrontation between the United States and Russia. The twenty-first century is prone, it seems, to a particular type of geopolitical crisis: domestic grievances that may have once been parochial affairs—teenagers arrested for graffiti doodles mocking the Syrian president, for instance—can quickly escalate into major international-security challenges. The unpredictable consequences of local conflicts are blurring the firewalls between states’ domestic politics and U.S. national-security interests. As a result, U.S. policy makers cannot afford to underestimate or overlook domestic sources of instability. Whether in Egypt, Mali or Ukraine over the past few years, or in Turkey, Brazil or Venezuela over the next few years, domestic political conflicts around the world have the potential to dramatically reshape America’s strategic landscape. Given the continuing pattern of relatively minor domestic triggers spiraling into major geopolitical unrest, the president deserves some dedicated staff, armed with expert knowledge and cutting edge methods, helping him to predict future crises.

These types of crises are not new. (See: Causes of World War I.) But they have occurred so often on this president’s watch to suggest the need for a new crisis-prevention methodology and a staff to help to oversee it. The president’s National Security Council staff will increasingly be in the business of predicting the future. While those responsible for regional policy in the White House, Pentagon, Intelligence Community and State Department are often forecasting dangerous events—and operating based on assumptions of the likelihood of these events occurring—a separate team should be charged with analyzing the likelihood of domestic crises spiraling outwards, and communicating potential mitigating U.S. policy actions. Imagine a memo in early 2013 that had suggested even a moderate likelihood that over the course of one year, there would be a coup in Egypt and a change of government in Kiev would lead to Russian intervention. These potential scenarios, given their significance for U.S. interests, would have certainly helped to focus U.S. policy efforts on mitigating the political crisis that had been brewing in Egypt since late 2012 or responding to the grievances against the Ukrainian president.

Of course, crisis prevention will never be foolproof, and even the most clairvoyant crisis preventers will not be capable of foreseeing the chain of unpredictable events that often generates crises. Yet the president and his staff have an opportunity to adjust the national-security apparatus to respond to what they have learned on the job, over the past five years: The twenty-first century is witnessing a new type of public mobilization, with a wider swath of average citizens willing to protest. These protests are enabled by new technologies that connect networks of average citizens with a range of grievances, leading to real protest movements championing particular causes both within and across borders.

The Obama Administration has begun working to prevent one particular type of crisis, establishing an Atrocities Prevention Board (APB) to convene senior officials at the Pentagon, State Department and the Intelligence Community in order to review the tools available in identifying, preventing and responding to mass atrocities. The APB has required predictive and preventative thinking by necessity, and has had measured success, particularly in mobilizing the right national-security agencies to respond to recent waves of violence in the Central African Republic and in South Sudan.

At the NSC, a full-time, cross-regional crisis-prevention team should focus on predicting the most-likely future crises and reverse engineering meaningful steps that could reduce their likelihood or mitigate their consequences. A small group of highly talented professionals at the NSC should be relinquished from the daily grind in order to produce quarterly memos to the president outlining a set of potential crises that are both highly likely and highly impactful. The list cannot simply be geographic locations ripe for domestic instability—that list would be too long and unhelpful—but rather, very particular scenarios where likely domestic protests, conflicts and stalemates could negatively impede U.S. interests and potentially trigger unintended and dangerous consequences. The memo would also include steps that the United States could take to decrease the probability that these dangerous futures would occur.

The right staff for this team would include the very best regional experts, foreign-policy generalists, and methodologists reporting directly to the National Security Advisor, in order to ensure that they enjoy sufficient bureaucratic top cover to join meetings on sensitive issues and to access high-level information. The regional experts (who could be detailed from the national-security agencies) should have experience living and working in their region, familiarity with the academic and think-tank literature, and contacts on the ground that could help elucidate the dynamic drivers of political, military and economic change. Real regional expertise allows for instinctive understanding of complex questions, such as a sense of whether ethnic tensions will or will not lead to violence in a Kenyan election; how cohesive the new government of South Sudan may be; and whether the absence of street protests in Saudi Arabia suggests general contentment with the political status quo; and whether street protests in the internal hinterlands of Tunisia are anything remarkable.

The foreign-policy experts on the staff would have broad experiences across the U.S. government, with a deep understanding of the opaque web of legislative and executive-branch policy decisions, international economic transitions, and government-agency operations that, taken in sum, reflect how policy makers perceive U.S. interests at both a macro- and microlevel. They would need enough familiarity with the U.S. government, including overseas missions, to understand, for instance, how counterterrorism and other forms of security cooperation work, to imagine the ways humanitarian assistance can be effectively managed by the U.S. military, and to comprehend why there are hundreds of Pentagon officials writing contingency plans at any given time. They would need to know what passbacks and QFRs are, how the U.S. contributes to and shapes the decision making of the IMF and World Bank, and what a Public Affairs Officer does.

Take, for instance, the situation in Mali in late 2011, when a group of Tuareg separatists, who had fought in the Libyan civil war, migrated to Northern Mali along with a number of violent Islamist groups. It was not enough to know the propensity of different groups of Tuaregs to rebel against state authority, and the diverse ethnography of Tuareg separatists across the vast Saharan landscape in Niger, Mali and Algeria. A crisis-prevention team could have, with the help of the Intelligence Community, monitored the influx of new weapons falling into Tuareg hands after the fall of Gaddafi. Access to the U.S. Embassy in Bamako would also have been helpful, particularly to understand how the U.S. defense attaché was trying to build up the capacity of the Malian army and why certain Malian units were capable of defeating Tuaregs while others were not. Familiarity with defense-capacity training programs would have likely led to the recognition that should anything happen, such as a coup, all U.S. nonhumanitarian assistance, including military-capacity trainings, would be abruptly stopped. Yet, this assistance is critical, because it was the very fact of the Malian army’s limited capability that catalyzed the coup in the first place.

Finally, these regional and foreign-policy experts would also need to be comfortable navigating the political world—both the action-forcing events that help make policy happen (e.g. presidential schedules, speeches, foreign trips), as well as the economic, military or political domestic constraints that must be considered in tandem with a calculation of U.S. interests. Understanding this third universe allows for creative thinking about ways to prevent crises, because it provides a blueprint of American statecraft and the U.S. policy tools that are available, as well as a reality check about the costs, constraints and risks involved in various policy responses.

Finding the suitable staff from the community of regional experts and the community of foreign-policy experts would be challenging but feasible. In addition, the crisis-prevention staff would need a suitable methodology to help the staff to reach their conclusions. Given their backgrounds, they would already benefit from well-developed instincts and experience about when, and under what circumstances, protests might break out in Venezuela, Turkey or Brazil, or the ways in which U.S. economic interests are linked to stability in the South and East China Seas. These instincts are a good foundation but could be enhanced if national-security decision makers used predictive methods to determine the likelihood of undesirable events happening in the future. Luckily, academics interested in foreign-policy forecasting are beginning to develop the tools to predict the future.

Over the last three years, the Intelligence Advanced Research Projects Activity (IARPA) has sponsored a tournament designed to test the utility and accuracy of different social-science methods that try to predict future international political events, ranging from a violent confrontation in Crimea, to Chinese aggression over Second Thomas Shoal in the South China Sea, to whether North Korea will again test a nuclear weapon. Working out of the University of Pennsylvania and UC-Berkeley, the Good Judgment Project (GJP) won the tournament by using a combination of methods: harnessing the wisdom of crowds with specialized algorithms, putting the best forecasters into teams to work together and utilizing prediction markets. These methods yielded improvements in forecasting accuracy of approximately 70 percent compared to simply averaging the wisdom of the crowd.