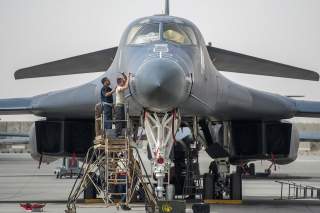 The dispute between Qatar and four other Arab nations is well into its second month, with no end in sight. Many in the West seem to have trouble understanding why Saudi Arabia, The United Arab Emirates (UAE), Bahrain and Egypt decided to cut ties with Qatar in the first place.

One increasingly popular hypothesis is that President Donald Trump is somehow culpable for their actions. This is nonsense.

Friction between Qatar and its neighbors goes back years. The seed for today’s dispute was planted in 1995, when Hamad bin Khalifa Al Thani seized the Qatari throne from his father in a bloodless coup.

Under Hamad’s rule, Al Jazeera was launched It is now the bane of many in the region. Hamad is also very close to one of the main spiritual leaders of the Muslim Brotherhood, Egyptian-born theologian Yusuf al-Qaradawi. Bahrain, Egypt and Saudi Arabia have banned the Brotherhood, designating it as a terrorist organization.

Tensions between Hamad and his neighbors became more acute in the aftermath of 2011’s “Arab Spring.” His incessant support for groups like the Brotherhood unsettled many of the Gulf monarchies.

When Hamad abdicated the throne in 2013 to pass on rule to his son, Tamim bin Hamad Al Thani, many in the region hoped Qatar would return to the fold. It didn’t happen.

Several months after ascending to the throne, Tamim was in a diplomatic standoff with his neighbors. The main sticking point was his support for the Muslim Brotherhood in Egypt. It prompted Saudi Arabia, the UAE and Bahrain to recall their ambassadors in March 2014.

This dispute lasted for months and was resolved only when the Emir signed a secret agreement committing Qatar to changing course. Three years later, with the agreement made public, we now know that Qatar never lived up to its obligations.

Another cause of today’s tension is Qatar’s continuing support for extremist groups. Wealthy Qataris have long funded terrorist organizations across the region while the government seemingly turns a blind eye.

A U.S. State Department report published last week states: “The Government of Qatar has made progress on countering the financing of terrorism (CFT), but terrorist financiers within the country are still able to exploit Qatar’s informal financial system.” This should stop immediately.

It is well known that Qatar provides substantial resources to Hamas, a Palestinian group considered a terrorist organization by the United States, the European Union and others. Qatar has also backed some nefarious groups in Syria, like Ahrar al-Sham which has close connections to Al Qaeda. Hitting closer to home, Khalid Sheikh Mohammed, the mastermind of the 9/11 attacks, lived in Qatar under the protection of the ruling family from 1992 to 1996.

Yes, Qatar tries to sit on two chairs. It hosts a major U.S. air base, making it an important partner for America in the region. But Qatar shouldn’t get a free pass on its long track record of destabilizing activities across the Middle East.

It is not too late for Qatar to come around and prove that it can play a constructive, stabilizing role in the region. Qatar can look to Oman as a model.

Muscat has good relations with Iran while maintaining close relations with its Arab Sunni neighbors and the United States. Equally important, it has refrained from funding extremists groups in Libya and Syria. Indeed, there is zero tolerance for such nefarious activities inside Oman; the sultanate is the only Arab country confirmed to have not provided any fighters to ISIS.

Regional stability and Arab solidarity in the face of Iranian aggression are important to the United States. For too long, many of Qatar’s actions have been inimical to U.S. interests in the region.

President Trump was not the cause of this current crisis, but U.S. leadership can—and should—help bring it to a close, in a way that serves the national interests of America and its true allies in the region.

Luke Coffey is director of The Heritage Foundation’s Allison Center for Foreign Policy.