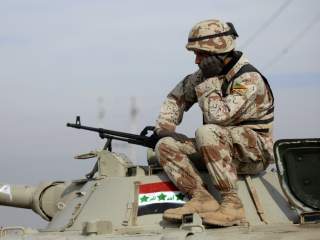 “The battle won’t be delayed after the first of this year, and its end by God’s will shall be swift,” Iraqi defense minister Khaled al-Obeidi told reporters in Cairo on January 21. He was referring to plans for an upcoming operation to liberate Mosul, the largest city in northern Iraq, which is still in the hands of Islamic State. However, plans to retake the city are hampered by a multiplicity of interests and actors that make centralized planning complex and appear to leave too few troops available in coming months for the operation. Although tactically the city could be retaken from ISIS, the precise coordination would have to be hashed out between Baghdad, the Kurdistan government in Erbil and Washington.

In June of 2014, ISIS captured the city easily as the Iraqi army abandoned Nineveh Province. Its fall to the extremists resulted in more than five hundred thousand fleeing the city. ISIS demanded that Christian minorities convert or leave, and marked their houses. When ISIS overran Sinjar and committed atrocities against the Yazidi minority there, many of the Yazidi women that were kidnapped described being sold in slave markets in Mosul. In addition to the abuses against non-Sunni minorities in Mosul by Islamic State, the Sunni residents who make up the city told local reporters and human rights organizations in 2014 that Iraqi security forces executed prisoners before withdrawing. Human Rights Watch relayed stories of more than a dozen men executed after being removed from the Counterterrorism and Organized Crime prison.

This sense of persecution at the hands of Nuri al-Maliki’s Shia-led government prompted many to support ISIS when it arrived. When I was in Erbil, the capital of the Kurdistan Regional Government (KRG), in June of last year, an elderly academic from Mosul said that his five adult sons had stayed behind when the extremists came. They were engineers, doctors and white collar professionals, and being refugees in Kurdistan or Baghdad seemed like a worse choice than ISIS.

Most Mosul refugees and those from the surrounding Nineveh plains ended up in the KRG, many of them in refugee camps. In Harsham camp, north of Erbil, for instance, 530 of the 1,430 refugees were from Mosul. The more than five hundred thousand Mosul refugees are a tremendous economic burden on the KRG and threaten the demographic balance of the Kurdistan region because most of them are Arabs. As Kurdistan prepares for a referendum on independence, having millions of refugees is a controversial strain.

The large city of Mosul has to figure in any Iraqi central government plans to defeat ISIS, but its geographic position puts it in a complex position. Because Mosul is located less than thirty kilometers from Kurdish Peshmerga frontlines with ISIS, it is within striking distance of the KRG’s military forces. It is some 150 kilometers from the closest units of the Iraqi Army and the Shia militias known as Hashd al-Shaabi, which are closely allied with the central government. In August of 2015, Zhuhai Aeraji, an Iraqi government representative coordinating policy on Mosul, told Rudaw News that Shia militias would aid in retaking the city. “There are many sides who will take part, including U.S. military and consultative forces in cooperation with Kurdistan region and Hashd al-Shaabi.” Given the violence that erupted in Tuz Khurmatu in November of 2015 between Kurds and Shia Turkmen, there is little chance of cooperation now between the KRG and the Shia militias that dominate much of the fight against ISIS. The KRG has said there is no place for Hashd al-Shaabi in its area.

Enter Defense Minister Obeidi, who was born in Mosul. In November 2015, he tweeted photos of himself touring a “training base in Zilikan” near Duhok, Kurdistan. The base is not far from the frontlines and overlooks Nineveh plains. Obeidi toured a facility in which mostly Sunni Arab refugees from Mosul receive training from Turkish advisors under the banner of a group called Hashd al-Watani, which is run by the pre-ISIS governor of Mosul, Atheel al-Nujaifi. Although thousands have been through the training since 2014, Obeidi’s visit led to a backlash in Baghdad, in which the central government demanded the Turkish training cease.

This murky episode relates to the discussion of the operation to recapture Mosul because it reveals the complex cocktail of forces and players involved. Aaron Stein, a non-resident fellow at the Rafik Hariri Center for the Middle East, described the Turkish policy as “weak” and the three-week training as “rudimentary”, whereby prospective fighters learned martial arts and were sent home after shooting AK-47s. On January 2, Al-Nujaifi told Asharq al-Awsat that there was “no place for al-Hashd al-Shaabi militias in that battle [for Mosul].” Nujaifi supports a devolution of control from Baghdad to different regions so that Sunnis will not feel abused by the power of the Shia-dominated government.

The picture being painted is that the only forces that could be employed in the battle for a massive city are several thousand Sunni militiamen from northern Iraq, who are refugees from the city. Their advantages include the fact that they know the city and they will be fighting amidst a civilian population that knows them, as opposed to being seen as a foreign Shia or Kurdish force invading the city. On the other hand, their animosity to the central government’s Shia forces, and the feeling they are incapable of controlling the city, make the larger powers that be in Erbil and Baghdad skeptical.

Referencing the success of the government’s re-conquest of Ramadi from ISIS, Obeidi thinks the same model can be deployed in Mosul. Ramadi, only one hundred kilometers from Baghdad, required thousands of Iraqi troops to defeat several hundred dug-in ISIS fighters in December. A full 80 percent of the city was destroyed.

Western media portrays the battle for Mosul as imminent. In fact, Vox, has been claiming it was about to happen since February of 2015. A Fox News headline claimed that the “Battle for Mosul looms. . .” in January 2016 and quoted a retired U.S. Army Colonel who assessed that, compared to the “schoolyard fistfight” of Ramadi, Mosul would be a “heavyweight championship bout.” Others are correctly skeptical. Michael Pregent, a former intelligence advisor in Iraq, told Fox that “the force to retake Mosul hasn’t been built yet.” KRG deputy prime minister Qubad Talabani told Rudaw News, “I don’t think the Iraqi armed forces are ready and I don’t think the coalition is confident in the ability of everyone to get ready.” The offensive might be postponed beyond 2016, he suggested.

American military brass have upped the rhetoric on Mosul in recent weeks as well. Defense Secretary Ash Carter told the 101st Airborne on January 12 that ISIS must be defeated in Mosul and its capital of Raqqa. Colonel Steve Warren, spokesman for Operation Inherent Resolve, the coalition’s war on ISIS, said they were focused on cutting the city off from supplies. “It’s a big, big, big city and it’s going to take a lot of effort. . . training. . . patience.” In a subsequent briefing, The Hill reported that Warren said it would take eight brigades of troops as well as U.S. advisors and special forces. But there aren’t eight brigades of Iraqi troops or militias anywhere near Mosul, and the Kurdish politicians like Talabani have said they won’t do the “lion’s share” of the work to liberate an Arab city. Vager Saadullah, a Kurdish journalist and analyst, noted that the peshmerga would be willing to aid an operation to retake Mosul if they were asked, but the coalition must supply them with better weapons. The KRG wants ISIS defeated in the Mosul area but must weigh other factors, such as the coalition, the central government and the readiness of the Sunni militias. The Iraqi central government also wants the Kurds to stay out of most of the operation and not conquer more disputed territory.

However, the longer ISIS occupies Mosul, the worse things will get for the residents. Between November 15 and today, dozens of people have been executed by ISIS in the city. This includes a reported eighty-three of its own fighters who it suspected of fleeing, nineteen civilians who sought to leave the city, eight former Iraqi security forces members and members of other Sunni extremist groups. This is coupled with the fact that the Mosul Dam, which is controlled by the peshmerga and Italian advisors, suffers structural weakness that requires expert attention, and many minority groups, such as the Christians who fled Mosul, are now seeking refugee status in Europe.

For now, though, Mosul remains firmly under ISIS’s control.