The Dangers of Challenging Iran to a Foreign Policy Fight 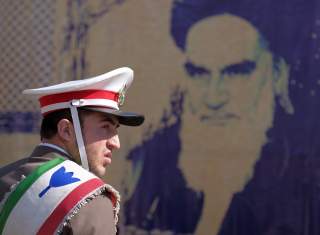 The pursuit of a U.S.-led security order in the Middle East has been a drain on American blood and treasure for over half a century. Despite the outsized attention U.S. strategists have given the region, America’s interventions have served more to demonstrate the limits of U.S. power, namely that it cannot conduct nation-building, effectively confront local insurgencies, restore order to ungoverned spaces, address the drivers of terrorism, or—perhaps most strategically impairing—deal flexibly with every regional power.

Plaguing the inability of the United States to confront the Middle East’s challenges has been a lack of foresight on behalf of U.S. decisionmakers; a problem exacerbated by the false narratives they are often informed by. Nowhere has this strategic handicap been more evident than with respect to U.S. policy towards Iran, which apart from President Obama’s second term, has been characterized by maximum hostility and minimum dialogue since the 1979 Islamic revolution.

Rather than tamp down the tensions that inflame the region and disentangle the United States from its quagmires, Donald Trump’s recently laid out Iran policy presages full-spectrum confrontation with the Islamic Republic. The Trump administration is not only reverting from President Obama’s second-term policy of diplomatic engagement to the status quo ante of relentlessly pursuing ways to bring pressure on Tehran, but it is escalating U.S.-Iran tensions to unprecedented levels.

Trump’s October 13 speech controversially “decertifying” Iranian compliance with the July 2015 nuclear deal marked the most inflammatory anti-Iran speech by a U.S. president since George W. Bush’s 2002 “Axis of Evil” State of the Union. Moreover, the vociferous attacks Trump’s speech and accompanying White House fact sheet made on Iran’s Supreme Leader Ayatollah Khamenei and the Islamic Revolutionary Guards Corp (IRGC)—two core bastions of the Iranian state and body politic—signify a reckless ruling out of even the possibility of diplomacy with Iran.

While Trump’s speech lacked specifics on how Iran will be confronted, administration officials have made their overarching aim clear: aggressive pushback against Iranian regional influence. Trump himself framed his case against the nuclear deal in terms of Iran’s regional activities violating the “spirit” of the accord.

National Security Advisor H.R. McMaster recently declared that the administration’s Iran strategy “integrates all elements of national power” with the aim of “neutralizing the government of Iran’s destabilizing influence.” The focus, he stated, would be on “revitalizing our traditional alliances and regional partnerships as bulwarks against Iranian subversion” and establishing “a more stable balance of power in the region.”

McMaster is correct in stating that the region desperately needs a stabilizing balance of power, but to suggest this means encaging Iran and giving U.S. regional partners carte blanche to pursue their own agendas rests on a mistaken assumption: that Iran has fundamentally aggressive designs on the region.

A sober assessment of Iran’s regional posture reveals not an expansionist power bent on achieving regional hegemony—as Rex Tillerson and other U.S. officials have claimed—but a state chiefly concerned with deterring foreign attack and preserving its strategic autonomy.

After 1979 revolution, borne out of a milieu of widespread humiliation over two centuries of foreign domination of Iranian affairs, a new Iranian state emerged structured on indigenous Shia political philosophies blended with traditional republicanism. The Islamic Republic, being the outcrop of a popular revolt that overthrew a monarch and demanded independence from outside machinations, was immediately viewed as threatening by the status-quo powers of the day—namely the conservative sheikhdoms of the Persian Gulf and powers aligned with either the U.S. camp Iran had detached itself from or the Soviet camp.

However, since the revolution Iran has neither amassed the wealth or military capabilities associated with an offensively-primed hegemonic power. Instead, its national-security doctrine has been centered on gaining effective deterrence in line with its threat perceptions, top among which have been an American and/or Israeli military attack.

To achieve deterrence, Iran has relied on a low-cost military doctrine centered on developing a range of asymmetric capabilities, such as missiles tipped with conventional explosives, anti-ship missiles, attack speedboats, and mine-laying vessels. Iran’s military spending is in fact dwarfed by its regional rivals.

Complementing Iran’s military deterrents is the strategic depth it has created for itself in the region. Iran has allied itself with various states or constituencies that are also marginalized in local and global power structures, such as Lebanese and Iraqi Shia, occupied Palestinians, anti-Taliban (Hazara, Tajik and Uzbek) Afghans, Iraqi Kurds, Zaydis in Yemen, and increasingly Christian and other minority groups in Iraq and Syria. These regional relationships allow Iran to raise the cost of any aggression towards it and position itself as an indispensable to resolving regional crises.

The defensive character of Iran’s regional strategy was highlighted in a January 2014 Pentagon report, which stated that “Iran’s military doctrine is defensive. It is designed to deter an attack, survive an initial strike, retaliate against an aggressor, and force a diplomatic solution to hostilities while avoiding any concessions that challenge its core interests.”

Given Iran’s defensive posture and its status as a major energy producing and transit state with a young and dynamic market, it has a stake in regional stability and ensuring the secure flow of energy, goods and people in and out of the Persian Gulf and the broader region. Indeed, Iran must be viewed as a key player whose involvement is necessary to foster regional stability, just as other major regional and global powers.

In December 2016, echoing similar statements made on the campaign trail, then-president-elect Donald Trump declared: “We will stop looking to topple regimes and overthrow governments . . . Our goal is stability, not chaos.” However, Trump’s new Iran strategy signals an objective of regime change in Tehran and reinforces Iranian threat perceptions, serving only to maintain U.S.-Iran hostilities and by extension regional instability for years to come.

Trump has another option before him. With the fall of Mosul and Raqqa, the battle against ISIS has largely been won—which Trump called his “highest” foreign-policy priority. President Trump now stands at a fork in the road: he can either followed traditional tried-and-failed U.S. policies of seeking to isolate Iran, or he can succeed where Barack Obama failed in creating a regional “equilibrium” and incentivizing regional heavyweights Iran and Saudi Arabia to “share” the region.

A stable balance of power in the region, which would allow America to extricate itself from the Middle East, foremost requires Trump to set aside alarmist and hyperbolic narratives about Iran’s regional role, open lines of communication with Tehran, and recalibrate America’s relations with its regional partners. To this end, Henry Kissinger has stated that the United States can only play a balancer role in the Middle East if it is “closer to each of the contending forces than they are to each other” and “does not let itself be lured into underwriting either side’s strategy.”

Saudi Arabia’s Crown Prince Mohammad bin Salman’s recent purge of his political rivals, including some of the Kingdom’s most influential security officials and businessmen, along with the resignation of Lebanese prime minister Saad al-Hariri while in Saudi Arabia, reinforce the need for the United States to play a regional balancer role. Salman’s actions, which threaten regional as well as Saudi stability, are reflective of a toxic moral hazard problem, with Salman clearly of the belief that he has Washington’s full support in his quest for power and that the United States will pay the costs of his mistakes—whether that be his quagmire in Yemen, failed blockade on Qatar, and now taking Lebanon and the Saudi Kingdom to the precipice.

While Trump has thus far in his presidency moved the United States in the complete opposite direction of playing the role of “balancer” in the region, he has demonstrated the political courage and pragmatic streak necessary to implement such a drastic but imperative U.S. foreign-policy shift. It is not too late for him to change course and embark on a new regional approach that would save countless lives and push the region towards prosperity and away from radicalization-fueling conflicts.