The Death of TPP: The Best Thing That Ever Happened to China 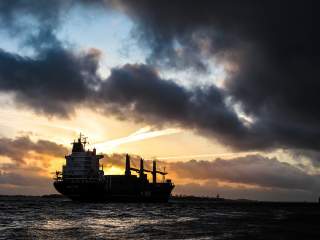 President Trump’s decision to withdraw from the Trans-Pacific Partnership weakens America’s strategic-economic position in East Asia. Unless the Trump administration presents a strategy that can create the kind of economic opportunity and influence that the TPP would have generated, the decision may effectively leave the field of action to China. China is actively pursuing its own geostrategic economic agenda by creating regional institutions and programs in an effort to expand its international role. President Trump and his advisors have made very clear their intention to take on those of China’s trade practices that harm the United States, but they also need to advance a strategy for the Asia-Pacific region. That strategy must go beyond China and create opportunities for U.S. industries to expand exports. It must also create U.S. jobs.

The United States has been losing its trading position relative to China. China increased its trading partnerships in Asia-Pacific markets at America’s expense between 2000 and 2015. World Bank data show that at least seventeen countries in the Asia-Pacific increased imports from China and decreased imports from America—including every member nation of the TPP. The TPP economies comprise 40 percent of the global GDP and one-third of world trade. Countries where the trade balance shifted include Canada, Japan and Mexico, which are the United States’s largest trading partners outside of China. The U.S. trade deficit with China, one of President Trump’s campaign issues, ballooned in the same period from $84 billion to $367 billion. The TPP offered the prospect of reinvigorating American trade and economic influence with partner countries in the Asia-Pacific. It set high-standard, science-based norms, rules and procedures to help the United States regain trade momentum. By defining standards for all member countries, the TPP would also have influenced the practices of nonmembers, including China.

To be sure, the TPP was in danger long before President Trump formally withdrew from the trade agreement, but the strategic economic and geostrategic goals behind the TPP remain valid: to better integrate the United States in the quickly growing Asia-Pacific economy. Much of value was agreed during negotiations, which is why many U.S. companies, exporters and importers strongly supported the TPP. We can fairly ask: what alternative arrangements does the Trump administration have in mind to expand markets and reshape beneficial supply chains for U.S. products and services?

President Trump’s decision to withdraw comes at a time of long-term Chinese economic initiatives designed to expand its influence. China led the creation of the Asian Infrastructure Investment Bank in 2013 to finance regional projects. The bank has an authorized capital of $100 billion, which is two-thirds of the Asian Development Bank’s capital where the United States plays an important role. The United States chose not to join the Asian Infrastructure Investment Bank, but its fifty-seven founding members include some of the United States’s closest allies. China also launched a very ambitious “One Belt One Road” plan to expand infrastructure and promote economic integration across Asia, Europe and Africa over many years, and it created the Silk Road Fund to support related projects. China’s One Belt One Road plan encompasses territory with a population of over four billion people and 40 percent of global GDP. The new infrastructure bank and the One Belt One Road project pose significant challenges to America’s economic influence. They are testaments to Beijing’s ambitions, and the TPP had been America’s main means of responding.

China, the ten Association of Southeast Asian Nations members, Australia, India, Japan, New Zealand and South Korea are also negotiating a separate free-trade agreement, known as the Regional Comprehensive Economic Partnership. China is the driving force in that negotiation. Key Asian partners of the United States held back in the Chinese-led RCEP project because they preferred to build the TPP as the dominant economic framework for the region. Now, they may be forced to turn toward the RCEP—the only regional game in town—even though its scope will likely be more limited and its standards much weaker than those negotiated in the TPP. If agreed upon, the RCEP would encompass over three billion people and include countries that account for roughly 40 percent of global trade.

The combination of China’s new regional bank, its infrastructure plan and the RCEP trade negotiation poses significant challenges for American economic influence and prosperity. Without an approach that offers a similar strategic impact, the United States will be left with few economic tools to build markets and partnerships while China expands its economic web. It seems unlikely that several bilateral trade agreements alone—which have been mentioned by some in the Trump administration—would match the impact of the economic network the TPP offered.

TPP partners want access to the U.S. market, but if they perceive that the United States is pulling back, then they may very well embrace the Chinese-supported regional economic partnership more vigorously as the vehicle available for increasing trade. If the United States does not offer a viable alternative for regional trade and investment, then China will work to fill the void.

Concerns about free trade are serious. Despite the prosperity that global trade has brought, big chunks of the public view it unfavorably and—rightly or wrongly—blame trade agreements for job losses and the dislocations they suffer. International trade, however, is a source of great wealth for the United States and will bring more prosperity if we employ a wise strategy and effective tools to open markets for U.S. goods and services in the Asia-Pacific region and elsewhere.

Moving quickly beyond the decision to pull out of TPP, the U.S. administration should present a strategy that will send a clear commitment to Asia-Pacific markets and generate enduring American influence in one of the world’s fastest-growing economic regions. The president should move to establish the United States as a committed partner in Asia and lead the regional economy to a new era of mutually beneficial commerce. President Trump can demonstrate leadership by quickly developing an alternative vision to the TPP. Otherwise, China may end up as the main beneficiary.

Earl Anthony Wayne is a Public Policy Fellow at the Woodrow Wilson International Center for Scholars and just completed a semester as the Sol Linowitz Visiting Professor of Government at Hamilton College.  Ambassador Wayne served as Assistant Secretary of State for Economic and Business Affairs and U.S. Ambassador to Mexico, among other foreign affairs posts. Oliver Magnusson is a senior at Hamilton College, in Clinton, NY, and wrote his thesis on the future of US-China relations.