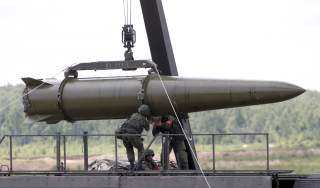 One of the most visible tendencies of the twenty-first century is the gradual decline of the global international-security regimes. Created in the years of the Cold War, they ensured international stability, provided a framework for relations between major powers as well as between those and smaller states, and prevented major wars. As these regimes decline, international relations become less structured and less predictable; the role of military power grows. The first to suffer are weaker states, which can no longer rely on the protection of international law; in the meantime, tension among great powers increases and they appear inching toward direct conflict, which could escalate to major war.

The world has not seen instability on the same scale since before World War II. In the meantime, weapons have become much deadlier, even if the ultimate—nuclear—weapons are put aside for a moment.

The decline of international-security regimes is, to an extent, inevitable. The vast majority of them were created during the Cold War while the more recent ones are simple additions. Deep down, these regimes were intended to address the reality that no longer exists—a bipolar world dominated by two superpowers, which exercised relatively tight control over the rest of the planet. The embodiment of that system was the UN Security Council with its five permanent members and the right of veto. After the Cold War ended, it seemed that the world would become unipolar, dominated by the United States and its allies. Yet, dispersion of power continued. New major players emerged, such as China and India; Russia recovered from the recession of the 1990s and joined the new “great game.” The regimes that were intended to regulate East-West relations are poorly fit to regulate the new reality.

As a result, the security structure suffers from not only the lack of efficiency, but also the lack of credibility, which is demonstrated in the multiple international-crisis tendencies as well as certain protest movements.

Two developments embody that crisis—the demise of the 1994 Budapest Memorandum, which provided security assurances to Ukraine as it rescinded nuclear weapons inherited from the Soviet Union, and the deadlock of U.S.-Russian nuclear arms control, which could result in complete collapse as early as in 2021 after the expiration of the New START Treaty, which limits U.S. and Russian strategic nuclear arms.

The Budapest memorandum guaranteed territorial integrity of Ukraine and the absence of threat of use of force against it in exchange for the abandonment of the third largest nuclear arsenal in the world. These assurances rested on belief in the reliability of international law and international institutions, first and foremost the effectiveness of the UN Security Council. The arrangement worked for some time, but then turned out to be incompatible with the emerging security architecture. De facto these assurances were ruined with the annexation of Crimea by Russia in 2014 and Moscow’s further actions at the Eastern Ukraine. The most important lesson here is the fact that the mechanism of Budapest memorandum turned out to be incompatible with the actual security architecture of the present day. Today Russia is not a pole in the bipolar system, like the Soviet Union was, and not part of an international system led by the United States, as it was in the 1990s. Instead, it has become a challenger of the unipolar system. The problem is not Russia’s right of veto in the UN Security Council, which it rarely used in the 1990s: the problem is the systemic challenge, which makes the Security Council impotent.

One only needs to compare the unanimity of the Security Council’s denouncement of Iraqi annexation of Kuwait in 1990 and support for the use of force in 1991 to the current situation around Ukraine to see how much things have changed.

Consequences can be massive: after the 2003 War in the Gulf, which used weapons of mass destruction proliferation as a pretext for use of force, and the collapse of the Budapest Memorandum, weaker states will be inclined to seek security either through alliance arrangements (such as NATO) or through increase of military power, including, in the extreme case, nuclear weapons. Non-alliance and nonmilitary instruments of security are losing credibility, and this does not bode well for international security at large.

Among great powers, we witness the deterioration of arms-control regimes between the United States and Russia as well as the failure of China to serious engage in arms control efforts. The signs of the former can be found everywhere—U.S. withdrawal from the 1972 Anti-Ballistic Missile Treaty, which limited missile-defense capabilities, in 2002; Russian suspension of the 1991 U.S. and Soviet unilateral statements about reduction of tactical nuclear weapons in 2004; Russian withdrawal from the Treaty on Conventional Armed Forces in Europe in 2007; U.S. accusation of Russian violation of the 1987 Intermediate Nuclear Forces (INF) Treaty in 2014 and Russian counter-accusation. . . . The list is easy to continue.

In the end, all these regimes had one common feature: these were Cold War arrangements concluded by two superpowers, which militarily dominated the entire world. They addressed either the strategic nuclear balance or the military balance in Europe.

All these regimes were not adapted to the post–Cold War environment. The fate of the INF Treaty is particularly instructive in this regard: the treaty is bilateral and was motivated primarily by the reduction of tensions in Europe. Three decades later, all significant players in Eurasia, such as China, India, Pakistan, North Korea, Israel and Iran, have intermediate-range missiles—all except Russia. One is only left to wonder why Moscow did not withdraw from the INF Treaty years ago. It is not out of the question that its ongoing “game” is intended to provoke the United States to withdraw first.

The only major arms-control regime that remains in force addresses strategic nuclear weapons. Not coincidentally, this is also the only regime that was relatively recently updated: after the expiration of the 1991 START I Treaty, the parties concluded New START in 2010. The fate of that regime is also uncertain, however. For years, progress in strategic-arms control has been deadlocked over Russian demands that the next treaty also address missile defense and long-range conventional weapons—a demand that Washington has resisted.

Even worse, arms control remains limited to the United States and Russia or to NATO and Russia. Key states with advanced military capabilities, many of them also possessing nuclear weapons, remain outside any or most international regimes and show no intention to join. A joint U.S.-Russian initiative at the Conference on Disarmament in 2007 to make the INF Treaty multilateral did not elicit any response whatsoever from states with intermediate-range missile capability—a development that undoubtedly contributed to the poor state of that treaty today.

In the bilateral Cold War context, leaving states like China or India outside the arms-control process was understandable and perhaps logical. In today’s world, that process cannot continue in strict bilateral context, certainly not from the Russian perspective. Yet, attempts to involve China, which both the United States and Russia have repeatedly undertaken both unilaterally and sometimes jointly, have consistently failed. The present-day official Russian position is the next nuclear-arms reduction treaty must be bilateral; the United States appears prepared to undertake one more round of reductions on the bilateral basis, but then it should involve other states in one way or another. The prospects of such development are dim, at best, given the past behavior of nuclear weapon states, both “official” (recognized as such by the NPT) and “unofficial” (such as India or Pakistan).

The process of deterioration of arms-control regimes has taken a quarter of a century and developed so gradually that we have often overlooked it, and now it has probably become too late. Yet, only one major treaty is now in force—the 2010 New START—while the rest are nonexistent or might become nonexistent very soon. The probability of replacing New START with a new treaty by 2021, when it is set to expire, appears extremely low. The parties have not even started a serious discussion on extending it for another five years. It is possible that in just a few years, in 2021, for the first time since the late 1960s the United States and Russia will not have a functioning strategic-arms treaty and will not be even in the process of negotiating a new one. That is, we are very close to the conclusion of the long period of deterioration of the international-security framework.

Finally, it is not surprising that the gradual deterioration of the international-security architecture was met by many nonnuclear states in its own way. The introduction of the Treaty on the Prohibition of Nuclear Weapons (TPNW) presents a form of protest against the current inefficiency of the arms-control regimes. Underlining the “slow pace of nuclear disarmament” provided by the NPT, the new treaty tries to take a lead from the old one by completely substituting arms control with nuclear disarmament. Stigmatizing nuclear weapons as a tool of war, TPNW also forbids it as the tool of policy and proclaims nuclear deterrence illegal. Therefore it actually presents not the support, but the “extra blow to the NPT, already weakened.” The downside is obvious: the proponents of TPNW effectively made the Nonproliferation Treaty hostage to nuclear disarmament. Since a positive response of nuclear-weapon states to that initiative is highly unlikely, to say the least, it could result in the demise of the NPT—the foundation of all formal and informal regimes that hold back nuclear arms race. By its very existence, the TNPW demonstrates that depth of the crisis of the entire fabric of international security.