The Deep State Has Long Abused Its Power 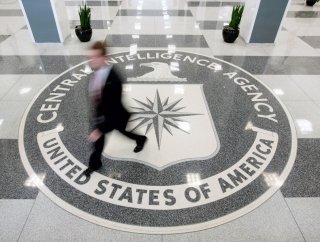 FEW QUESTIONS have greater import for the health and integrity of any republic than the question of whether important parts of its government’s national-security apparatus are abusing their power for political purposes. This is particularly true in the United States, where the departments and agencies known collectively as the Intelligence Community (IC) have grown so large and capable, where faith in the integrity of our democratic institutions is so vital to the effective functioning of our system, and where suspicions about secret police and intelligence organizations are baked so deeply into our country’s political culture.

The United States has faced this question several times in its recent history. The Eisenhower, Kennedy, Johnson and Nixon administrations all used—or attempted to use—the FBI and CIA to gather intelligence on U.S. citizens they suspected of collaboration with communist agents, with too little regard for statutory regulations and prohibitions of such practices, and too great a tendency to view their political enemies as national-security threats. Lyndon B. Johnson believed, without much justification, that the CIA had conspired against him at the 1960 Democratic convention to ensure that John F. Kennedy won the presidential nomination. Richard Nixon was equally convinced that the CIA had helped to swing the subsequent presidential election to Kennedy. These misperceptions barely surfaced in public at the time and did little to shake voters’ faith in the outcome of the election, but they had significant implications for the working relationships of both Johnson and Nixon with the CIA once in office. Johnson’s suspicions probably increased his inclination to side with the Defense Department’s optimistic assessments of the Vietnam War over the CIA’s more pessimistic—and, in retrospect, more accurate—analyses. Nixon’s suspicions fueled his determination to build a small intelligence-gathering and covert-action group within the White House, which ultimately led to the Watergate break-in and cover-up that destroyed his presidency.

Investigations in the 1970s into various IC abuses, including efforts to collect intelligence on the political activities of U.S. citizens, led to the creation of specially designated congressional oversight committees—the House Permanent Select Committee on Intelligence and the Senate Select Committee on Intelligence—with the power and authorization to ensure that the CIA, NSA, FBI, and other IC bodies conduct their activities strictly within the bounds of law. The investigations also resulted in the Foreign Intelligence Surveillance Act (FISA) of 1978, which imposed strict limits on the government’s ability to surveil the communications and activities of U.S. persons, requiring warrants issued by a special FISA court based on probable cause to believe that the target is a foreign power or its agent. The act established “minimization” requirements for disclosing the identities of U.S. persons being surveilled, allowing for “unmasking”—that is, revealing their names to authorized government officials—only when there is strong reason to believe they have committed a crime or when their identities are necessary to understand the intelligence information.

The now-infamous Iraq WMD estimate of 2002 raised questions of the political misuse of intelligence in a different form. Seldom had intelligence figured more prominently in the public justifications for a decision to go to war, and seldom had it been proven more spectacularly wrong in retrospect. Years of efforts by the CIA to increase its relevance had paid off in an unprecedentedly close relationship to the White House, but its unique ability to provide policymakers with the skepticism of a disinterested party suffered. The reorganization and reform of the IC mandated by the Intelligence Reform and Terrorism Prevention Act of 2005 were designed less to prevent political abuses of intelligence than to make the IC less prone to such consequential errors. This required something new of intelligence overseers: not only to ensure that IC activities remained within the bounds of law, but also to encourage qualitative improvements to its analytic rigor, information sharing and collaboration.

In principle, no one disputes that intelligence operations should be conducted strictly within the bounds of law, and that intelligence and law-enforcement professionals should be guided solely by evidence and analytic rigor in producing their assessments. Human nature being what it is, however, two temptations will be a never-ending challenge: for the IC, to please its White House masters, and for the presidency, to conflate its political enemies with those of the country as a whole. Aspects of both these temptations are evident in the controversies over the 2016 presidential election.

The use of the IC’s vast capabilities to gather intelligence on opposition political campaigns should occur only in the rarest of circumstances, justified by solid evidence of treasonous activities warranted by the FISA court. The so-called Steele dossier, a piece of Clinton-funded opposition research gathered from London through unsecure communications with unnamed contacts in Russia, does not meet that standard of evidence. If, as is alleged but not proven, the FBI relied on this unverified document to justify a FISA warrant for collecting intelligence on Trump campaign officials, then the Obama administration crossed an important ethical, though probably not legal, line.

Is there a deep state in the United States? Yes, if that means that important parts of our national-security apparatus have the capability, albeit not the legal authority, to abuse intelligence to alter the outcomes of national elections or distort public-policy debates. But we have processes in place to minimize this danger if the oversight provisions established by our laws are properly implemented and our independent media play their informal oversight role effectively. The IC, Congress, judiciary and media all appear to have fallen short of the standards our country should expect.

George Beebe is director of the Center for the National Interest’s intelligence program. He formerly served as chief of Russia analysis at the CIA, and as special advisor to Vice President Cheney on Russia and the former Soviet Union.