The Deep State Isn't What You Think 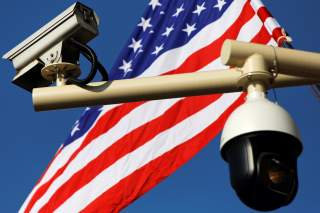 THE MIGRATION of the idea that a “deep state” controls the U.S. government from the realm of fringe conspiracy theorists to mainstream political discussion is undoubtedly one of the more intriguing developments in the last year. But Donald Trump’s repeated assertions that a deep state exists, and that it is actively thwarting his policy agenda, pushing investigations into his campaign or even wiretapping his offices, mean that the idea has now become a part of our mental landscape.

It is utter nonsense.

Certainly, there will always be pressure on foreign policy from entrenched interest groups, both inside and outside the government. Political scientists study the field of bureaucratic politics for a reason: institutional structure and incentives matter a lot. But the idea that the whole American bureaucracy shares a common goal on practically any issue area simply doesn’t pass muster. The tools of the so-called “deep state”—bureaucratic inertia, internal policy debates, conflicts over resources—are far more often used in interagency turf wars than to force politicians to adopt a certain policy.

At the same time, there are undoubtedly civil servants who find themselves unwilling or unable to implement the president’s policy agenda. Whether it is a special counsel who pursues the law rather than loyalty to an individual, as Donald Trump demands, or a Foreign Service professional who finds himself unwilling to work for a leader such as Trump, not all public servants will willingly help Trump implement his policy or personal preferences.

Yet this mostly results in resignations, not internal rebellion. Indeed, as John Feeley, ambassador to Panama, noted in his resignation letter, civil servants take an oath to defend the constitution. When they cannot reconcile that oath or their personal opinions with the administration’s stances, they are “honor bound to resign.”

Nonetheless, critics like Michael Glennon are right that there has been remarkable consistency over time in U.S. foreign policy. Even presidents who are critical of U.S. foreign policy while campaigning usually dial back that criticism in office, and fail to follow through on their promises. Jimmy Carter’s plan to withdraw U.S. troops from the Korean Peninsula ultimately failed, while Donald Trump’s promise to end the war in Afghanistan eventually morphed into an increase of troops on the ground.

These critics are accurate in their depiction of U.S. foreign policy. There is a surprising amount of consistency between presidential administrations on foreign policy. But whether they call it “double government” or the “deep state,” the focus of critics on some unelected network of bureaucrats as the cause of this consistency is misguided.

Instead, they’d do better to look to the bipartisan foreign-policy consensus that has guided American policy since the end of the Cold War. This consensus—commonly described as liberal hegemony or primacy—focuses on a globally active United States with extensive overseas military and alliance commitments, and is shared by the majority of the policymaking community in Washington, DC. The result is that when presidents seek foreign-policy advisers, they primarily draw on this pool of recruits.

Trump has been reluctant to recruit from among this pool of advisers, in part due to the open opposition to him from many during the campaign. Nor has he been able to recruit those who criticize the liberal international consensus—his views on trade and immigration, and his repugnant statements and personal views, have alienated even those who might be willing or happy to attempt to reshape U.S. foreign policy in any other administration. Instead, Trump has been forced to rely on a mixture of unqualified individuals and former military officers. Many other offices remain unfilled.

Unsurprisingly, his administration has found it difficult to formulate and implement foreign policy while understaffed. The areas in which it has done so are thus far conventional, as his few advisors push him towards orthodoxy on issues like troop levels in Afghanistan, and take the lead in drafting his administration’s strategy documents.

The problem is not, as Trump claims, that the “deep state” is thwarting his policy agenda. It is his reliance—even as a relative outsider to DC politics—on advisers who themselves agree with the post–Cold War foreign-policy consensus. So long as that consensus remains unchallenged, U.S. foreign policy will continue to tread the same, consistent path, regardless of administration.