The 'Deep State' Is No Supervillain 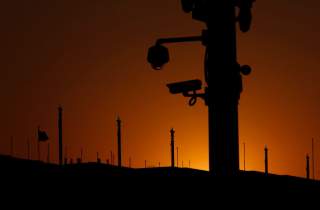 NOT SINCE Andrew Johnson during Reconstruction has an American president been as embattled or divisive as Donald Trump. But for all the sound and fury, the claim that Trump is the victim of a “deep state” conspiracy to reverse the result of the election of 2016 is unpersuasive.

Political scientists often divide explanations of democratic politics in the United States and similar nations among theories of pluralism, state autonomy and elitism. The pluralist theory holds that the American elite, like the population, is divided among competing centers of power and authority with different values and interests. The state-autonomy theory holds that government agencies and military and intelligence organizations are independent actors in politics. The elitist theory holds that in most democracies most of the time, no matter how many political parties there may be, there is a dominant elite, which includes most of the leaders of politics, the economy and civil society and shares a broad consensus.

There have always been societies in which the state-autonomy thesis is accurate. The aristocratic German officer corps formed a state within a state in Bismarck’s imperial Germany and helped to destabilize the Weimar Republic and install Hitler. Autonomous militaries, sometimes reactionary and sometimes progressive, have often acted as kingmakers in Latin America, Africa and Asia. The term “deep state” was originally used in the context of the role of Turkey’s military in protecting Kemalist secularism from Muslim populism. Under President Recep Tayyip Erdoğan, that may be a thing of the past in Turkey, but in Egypt under President Abdel Fattah el-Sisi, the military today is playing a similar role.

Nothing similar exists in the United States. For one thing, the U.S. military is fairly representative of American society in general, down to views of Donald Trump. Trump’s popularity is greatest among working-class Americans and lowest among educated American elites. This is faithfully reflected in the military, where according to a Military Times poll in the fall of 2017 only 30 percent of officers approve of Trump, while nearly half of enlisted personnel approve of him. Within the military, Trump is far less popular among nonwhites and women than among white men, as in the nation as a whole.

Far from having a separate worldview, high-level U.S. military and intelligence and diplomatic officials tend to share the consensus of the broader American elite—favoring free trade and higher levels of immigration, paying at least lip service to diversity, and with a corporate code of manners based on politeness and emphasizing apparently neutral PowerPoint analysis. Trump’s America First nationalism and his style offend the ideology and the sense of propriety of all American institutional elites, military and civilian, corporate and nonprofit.

Supporters of the idea of a deep-state coup against Trump can point to the role of officials of the FBI and CIA and their allies and informants in leaking information damaging to the Trump campaign and presidency, including the notorious Russian dossier. But this too is nothing new. FBI agent Mark Felt was the “Deep Throat” source of journalistic revelations during the Watergate crisis. The deep-state theory requires more than that highly placed members of the clandestine services now and then leak incriminating material to partisan allies; it requires that the clandestine services have a corporate identity and agenda distinct from that of other elites in society. This is not the case in America, where national-security elites tend to share a broad moderate-Republican/centrist-Democrat consensus.

In my view, the elitist approach best explains the Trump phenomenon, along with contemporary populism on both sides of the Atlantic. Since the end of the Cold War, highly homogeneous social elites in North America and Europe have liberated themselves from the constraints of the institutions that restrained them between 1945 and 1989—institutions including strong labor unions, grassroots political parties and, in the United States, a distinct Southern oligarchy that by now has largely lost its identity and power and has been absorbed into the national ruling class.

Elites in the United States, Britain, Germany and other Western nations under post–Cold War leadership have deliberately weakened the bargaining power of workers in their nations by a combination of austerity-induced unemployment, offshoring, permitting Western-controlled corporations to play nation-states against one another and mass low-skilled immigration, creating a low-wage “reserve army of labor” in Western countries.

While restructuring the global economy to crush organized labor, transatlantic elites have simultaneously restructured government to minimize democratic accountability, by shifting decisionmaking from legislatures to executive and judicial agencies within the nation-state, and by enabling treaties and transnational agencies like the European Union, which are more insulated from voters, to replace or modify national statutory law. In both of the cases of anti-worker economic restructuring and de-democratization, American and European oligarchs have claimed that a mysterious, unstoppable force called “globalization” compelled them to do what they wanted to do anyway.

This post–Cold War oligarchic revolution from above might be described as a conspiracy, but it is not a secret conspiracy perpetrated by the deep state. It was a program carried out in broad daylight by Bill Clinton and George Bush, Tony Blair and centrist European leaders. And it succeeded in its two goals of weakening the economic leverage and political power of the working-class majorities in the United States, the UK and other Western nations.

The populist rebellions of the second decade of the twenty-first century, which have been led by right-wing tribunes like Trump or left-wing demagogues like Sanders and Corbyn, can only be understood as a long-delayed reaction by populations to the replacement of the cross-class compromises of the post–World War II period by untrammeled oligarchy. America’s newly empowered ruling class has closed ranks against Trump, but it would also close ranks against any other outsider president who challenged its post–Cold War dominance of American society, including Bernie Sanders.

Michael Lind is a visiting professor at the University of Texas at Austin and author, with Robert D. Atkinson, of Big is Beautiful: Debunking the Myth of Small Business (MIT Press, March 2018).

Image: Security cameras on Tiananmen square and China's national flag at the Great Hall of the People, where the closing ceremony of the Chinese Communist Party plenum is going to be held on Tuesday, are silhouetted against the sunset in Beijing, November 11, 2013. Top leaders are meeting in secret in Beijing to plot an economic agenda for the next decade, and will be looking at pilot schemes in Chengdu and elsewhere that are testing land and residency reform for clues on what changes to make.
REUTERS/Kim Kyung-Hoon