The Demise of the New Republic 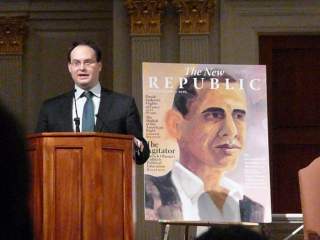 The surprising thing may not be that the New Republic is about to go under as a serious intellectual publication. It may be that the magazine lasted as long as it did. With the financial backing of its latest owner Chris Hughes, the magazine went from being on artificial life support to becoming ambulatory again. But with the resignation of editor Frank Foer and the apparent resignation of literary editor Leon Wieseltier, TNR, as it is known (and where I once worked), is apparently about to undergo a round of radical surgery. As Foer put it, “We’ve fought to preserve an institution that was perpetually imperiled.” But the fight ended up turning into a slaughter.

The magazine, as Foer deftly reminded us in his contribution to the recent 100th anniversary issue, has, more often than not, had a better sense of what it was against than what it sought to promote. The approach he described in his essay was particularly successful, at least for a while, during the Martin Peretz era. As Hendrik Hertzberg wrote (in what was probably the finest essay in the anniversary issue), Peretz in his prime was “full of beans.” Now the bean counters have taken over, determined to morph the magazine into an internet vehicle, whatever that means.

In the late 1960s, anarchism prevailed. Peretz had repudiated the wilder precincts of New Left thinking to embrace what amounted to a revived cold war liberalism, or, if you wish, nascent neoconservatism. It wasn’t very popular among many Democrats, but then again, popularity is never what Peretz sought. As the decades went by, however, the truculent posture of the magazine, especially during the Iraq War, no longer seemed novel, or cute or even very smart. It had become complacent and self-righteous. Idealism curdled into dogmatism. Meanwhile, other spunky journals and web sites emerged that modified its original formula, whether it was the Weekly Standard on the right or the Talking Points Memo on the left.

Still, the defanged version of the New Republic that has existed since Hughes purchased it could be somewhat pious in tone and substance, which is why, I think, Nation columnist Eric Alterman complained to the New York Times, “The magazine used to be schizophrenic. But now, the most you can compare it to is a nice sailboat that usually has something smart in it but isn’t taking you anywhere.” Maybe the only thing worse than having the New Republic around, in this view, is not having it around. Certainly the demise of the magazine as an arena, to adapt a portentous phrase from Diana Trilling, of significant contention may reflect the broader drift of liberalism itself. The magazine kicked off its relaunch under Hughes with a big interview with Obama who, after all, entered office as the repository of liberal hopes, only to disappoint them.

Despite the hoopla, however, the magazine was never able to overcome the tensions between past and present. Wieseltier, for better and for worse, represented continuity with the older history. His book review section was sterling. His own contributions were more questionable, suffused as they were with the crusading enthusiasms that cost the publication a good chunk of its readership during the Iraq War.

But the route that Hughes has chosen is unlikely to succeed, either. Why disfigure and transmogrify the magazine into a lesser version of BuzzFeed? Hughes could have started from scratch. Anyway, as Jonathan Chait rightly observes, Hughes is late to the party: “The problem…is that Hughes and [Guy] Vidra are afflicted with the belief that they can copy the formula that transformed the Huffington Post and BuzzFeed into economic successes, which is probably wrong, and that this formula can be applied to The New Republic, which is certainly wrong.”

In the end, any autopsy report will have to conclude that the magazine perished from a series of self-inflicted wounds.