The Democrats: The Party of 'Democratic Socialism'? 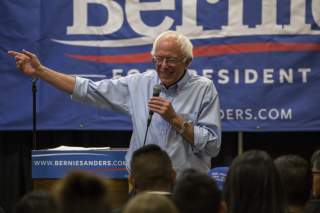 Joe Biden: He’s the old dog who hasn’t yet barked. Perhaps commentator Brit Hume was correct when he said on Fox that the vice president didn’t likely see anything in the Clinton performance that served as an obvious opening for his own entry or a subtle invitation to get into the race. If he decides to do so, he will have to fight for every victory, as the debate indicated. If, on the other hand, Sanders’s performance gives him a bit of an uptick in the polls, Biden likely will find himself weighing whether his entry could siphon establishment votes away from Clinton and thus give Sanders an additional boost.  Most likely, we have seen the field as it will remain through the rest of the campaign.