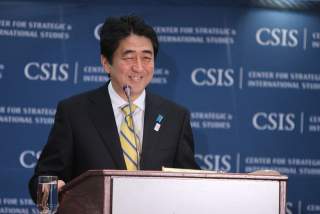 Japan’s Prime Minister Shinzo Abe has made headlines. Most credit him with bold policies to deal with Japan’s long-standing problems. This is misplaced. In truth, his policies are neither bold nor effective. Abe has concentrated almost exclusively on standard fiscal and monetary stimuli while utterly failing to cope with his country’s more fundamental issues – its intensifying demographic strains and its outdated economic arrangements. Until he addresses these matters substantively, Japan’s economic and investment prospects will remain constrained at best.

However much the prime minister and his government choose it ignore it, demographics will increasingly put Japan under intense pressure. Years of improving health have created the longest lived people on earth, while years of remarkably low birth rates have slowed the flow of young people into the workforce.

Japan today has a less than three people of working age for each retiree in the country. By 2030, it will have less than two.  The implied financial and economic strains are obvious. Fewer than two workers will have to produce and finance consumption for themselves, their personal dependents, and half a retiree – an unsupportable burden. Surely such building pressure is in no small part responsible for Japan’s more than two decades of economic stagnation. Certainly, it precludes any return to the economy’s former status as the workshop of the world and broad-based export powerhouse.

Japan simply must find ways to supplement its shrinking pool of producing, tax-paying, pension-contributing workers. Given the country’s xenophobic culture, immigration can only help so much. But there are other means to cope, such as lengthening the working lives of Japan’s already long-lived population and encouraging more women to participate in the workforce.

Both offer considerable potential, for Japan’s customary retirement age remains a relatively young 60 and its women participate in paid employment at a much lower rate than in other developed economies. The country can also relieve its demographic strains by adjusting the mix of its foreign trade, relinquishing labor intensive, lower-value production to low-wage countries and focusing its relatively limited but highly educated workforce on innovative, higher-value items.

To some extent, Japanese firms and people have already begun to make some of these adjustments. But the prime minister and his government have done little to either encourage or facilitate the effort.

To be fair, Abe did at least mention these more fundamental needs when he introduced his policy package.  His so-called “Abenomics” agenda includes three policy “arrows:” (1) monetary easing, (2) fiscal stimulus, and (3) structural change.  Though the third arrow’s allusion to more fundamental adjustments offered hope, it was short lived.  Abe only ever used his first two arrows and they are largely a re-packaging of the sometimes corrupt policies long used to little effect by Japan and the long-ruling Liberal Democratic Party (LDP).

The effort by the Bank of Japan to flood Japanese financial markets with liquidity is probably well-placed, especially since deflation continues to threaten economic growth.  But at the same time, Japan has long used aggressive monetary easing to depress the foreign exchange value of the yen and to stimulate broad-based exporting.  In his campaign, Abe made that time-honored connection clear, though it better suits the old Japan than today’s demographically pinched economy.

The fiscal stimulus, mostly on new infrastructure, is massive, over three percent of the country’s gross domestic product (GDP), but still very consistent with long-standing policies.  Japan has spent so much on infrastructure over the years that today the government carries outstanding debts in excess of 250 percent of GDP, by far the highest in the developed world.

The business community jokes about the situation, suggesting that already every river in Japan has a concrete bed.  Having done so much infrastructure spending already, one must question how much economic return will accrue from still more.

Serious questions also arise about the government’s motivation.  In the past, the LDP infamously has used such spending to reward corporate and regional support.  When recently the party dismissed the ill effects of rising consumer taxes by saying that it would just redirect the funds toward infrastructure outlays, many saw the LDP’s old pattern of using tax monies to reward its supporters.

Abe has made small gestures toward his third “arrow.” Under the heading of what he calls “womanomics,” he has taken marginal steps to help women return to work by increasing child care facilities.  But his announced measures fall far short of the need to motivate a large segment of the female population.

Meanwhile, he has done nothing to promote a greater flexibility in the workplace that might also accommodate women’s needs or, for that matter, encourage the kinds of changes that might keep older workers on the job.  He has taken small measures to increase immigration but carefully constrained them to accommodate Japan’s cultural biases.

A still greater failing is Abe’s refusal to alter Japan’s outdated model of economic organization.  The current arrangements, referred to colloquially as the “iron triangle,” rely on top-down economic direction from close cooperation among big business, bureaucrats, and politicians.  Such a group hardly serves the nation’s demographically driven need to innovate as much as possible in order to focus its efforts increasingly on high-value, sophisticated products.

On the contrary, the iron triangle has naturally resisted the disruption, what the great economist Joseph Shumpeter referred to as “creative destruction,” that occurs when new firms and new processes challenge established leaders and long-standing ways of doing things.  It will continue to do so for as long as it holds sway.  To be sure, Japanese firms have made great innovative strides, but they have done so only despite the triangle.

Even in the absence of Japan’s intense demographic imperatives, the economy would benefit from a deconstruction of its present frame of economic organization.  The iron triangle was established more than 60 years ago to help Japanese development after the Second World War.  At the time, Tokyo realized that other, more advanced economies, the United States in particular, would set the global economy’s development agenda.  It established the triangle as the best way to identify those directions and marshal Japan’s economic resources to follow.

The economy prospered under it for decades.  But by the 1980s, Japan had caught up to the United States and other leading economies.  There was no longer a leader to follow.  To advance then, Japan needed the kind of experimentation associated with new, innovative firms.  But by sticking with the iron triangle, it has institutionalized resistance.  It speaks to the nature of such arrangements that until recently a firm needed ten years of earnings just to list its shares on the Tokyo Stock Exchange, hardly a way to promote innovative startups.  Indeed, it could be argued that the iron triangle’s impediment to innovation, even in the absence of demographic pressure, has done much by itself to create the stubborn stagnation of the last twenty-plus years.

The prime minister clearly faces powerful opposition to any fundamental reform, formally from the iron triangle and informally from entrenched practices and attitudes.  This power, no doubt, has made him reluctant to lose the third “arrow” of his Abenomics policy agenda, or even define it thoroughly.  But it is also apparent that he cannot simply rely on his less-than-innovative first two “arrows.” To improve Japan’s political-economic prospects, he must overcome the admittedly powerful opposition.  Until he does, his policies will fail and Japan will continue to stagnate as it has.